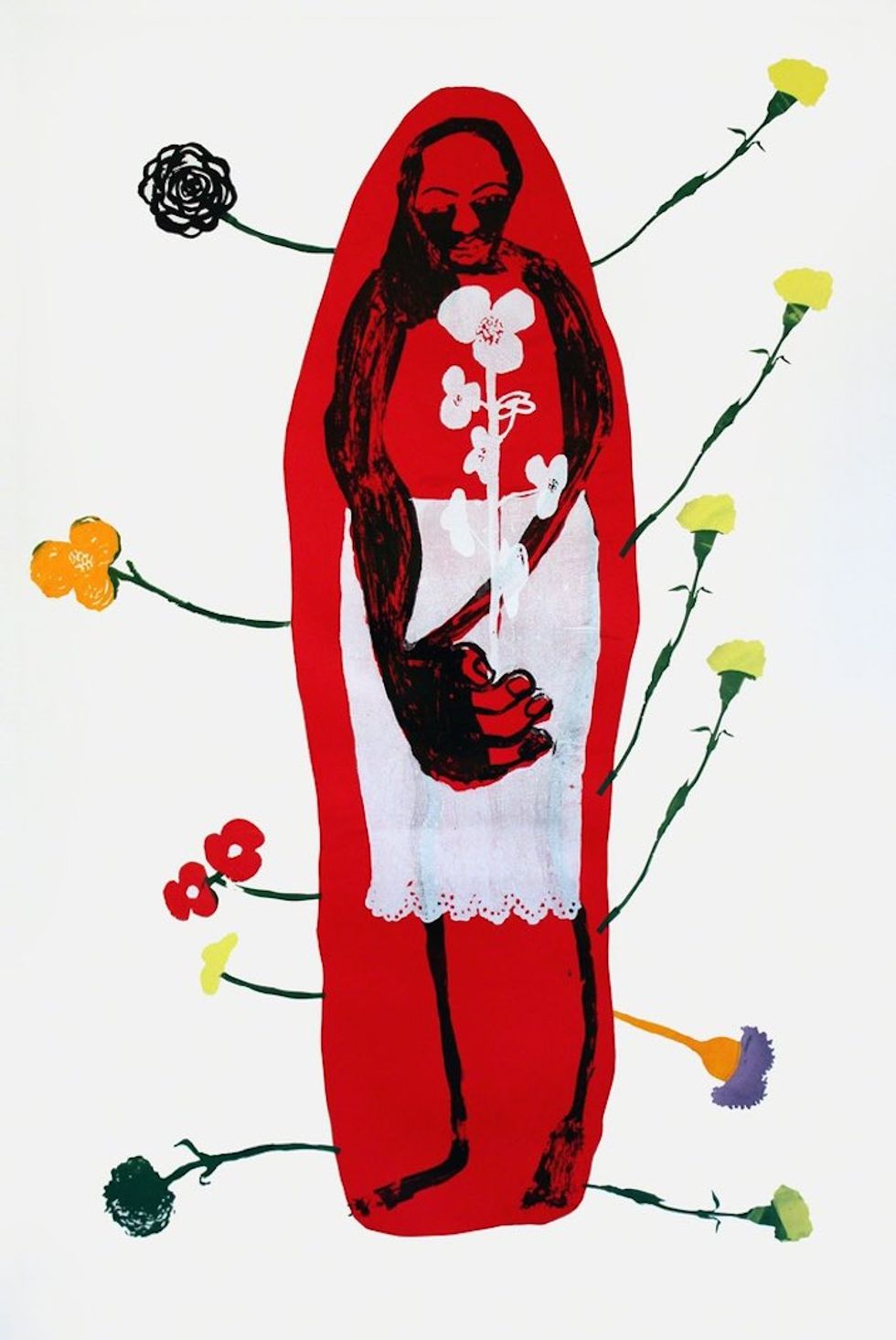 Zimbabwean artist Virginia Chihota brings ghostly matriarchs to London's Tiwani Contemporary with her solo exhibition 'A Thorn In My Flesh.'

This month Zimbabwean mixed-media artist Virginia Chihota unveiled a new body of work focusing on the female form with A Thorn in my Flesh (munzwa munyama yangu). The show, which is currently on display at London's Tiwani Contemporary, marks Chihota's first solo European exhibition and features a selection of monoprints and drawings inspired by the artist's personal experiences with marriage and motherhood.

With A Thorn in my Flesh, the Chitungwiza-born, Tripoli-based printmaker makes use of a central subject, which appears several times throughout the show. The figure, a skeletal being with feminine attributes, bears flowers while enveloped in ghostly shrouds that range from deeply vivid to near translucent hues. These images, depicted in the pieces 'the root of the flower we do not know' (mudzi weruva ratisingazive), serve to highlight the subject's range of strengths, vulnerabilities, and anxieties.“The thorn represents the many weaknesses and negative situations in life," Chihota says of the show. "Yet in the right proposed time if we continue with our hope we will be released from the tension and pressures surrounding us. Weakness and strength cannot do without each other.”

Besides being a meditation on domesticity, female subjectivity and interpersonal relationships, Chihota's latest work contains allusions to religious and folkloric imagery as well. Chihota sometimes renders her figure with a halo reminiscent of popular depictions of Virgin Mary (who also appears bearing flowers), and the similarities between the artist's name and the venerated title given to the holy mother makes for a highly symbolic means of self-exploration.

A Thorn in my Flesh (munzwa munyama yangu) can be seen at Tiwani Contemporary in South London until February 7th.