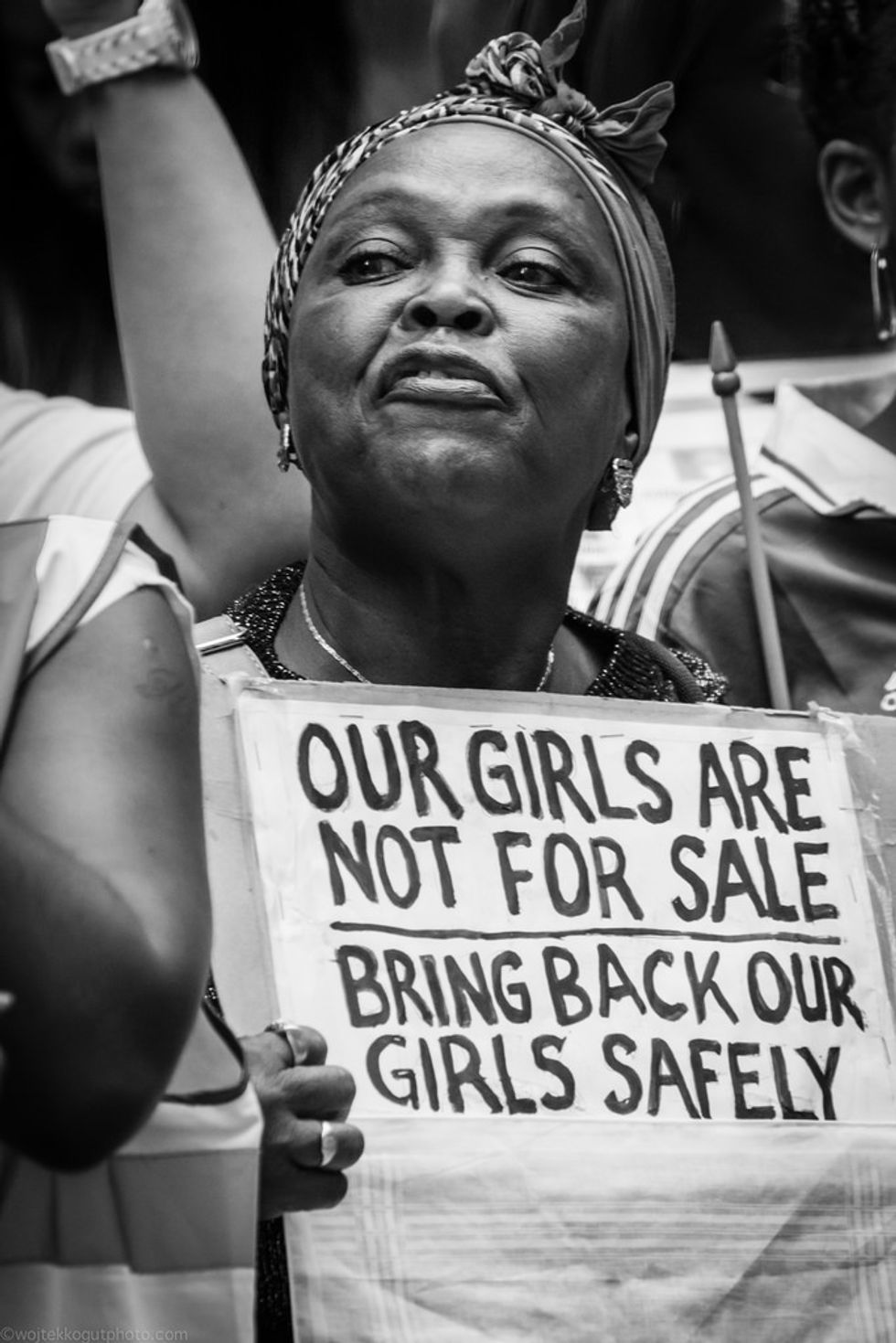 Two years later, the girls kidnapped by Boko Haram have yet to be found.

A #BringBackOurGirls gathering in New York's Union Square on May 3, 2014. Photo by Michael Fleshman.

Criticisms of the then administration of President Goodluck Jonathan quickly abounded. It took Jonathan until May 4 of that year to publicly speak about the kidnapping of the girls, in which he criticized the student’s parents for not cooperating with providing information to the authorities.

Amnesty International reported that the Nigerian government had intelligence that the attacks were going to occur yet failed to act.

Jonathan then lost his re-election campaign to the current President Muhammadu Buhari.

The school itself sustained major damage and was demolished with plans to rebuild have yet to have occurred.

Boko Haram roughly translates to “Western education is forbidden,” and the kidnapping at Chibok is far from the only crimes the ISIL-affiliated group committed. Since the beginning of their insurgency in 2009, nearly 20,000 people have been killed, 2 million people have been displaced, and 2,000 children have been abducted, many times forced to be sex slaves, fighters and suicide bombers.

Following the kidnapping at Chibok, a global movement demanded the Nigerian government be more proactive in their search for the missing girls. The hashtag #BringBackOurGirls appeared throughout social media and on the ground protests with a range of celebrities and even U.S. First Lady Michelle Obama becoming involved.

The U.S. Department of State Office of the Spokesperson released a statement just before the second year anniversary of the mass abduction.

“As we approach the second anniversary of the kidnapping of more than 200 Nigerian girls from their school in Chibok, the United States again calls for the immediate release, without preconditions, of all hostages held by Boko Haram. The kidnapping of these young women, along with the kidnappings of countless others by Boko Haram, epitomizes this terrorist group’s depravity.”

A new video filmed this past December, purported to feature the girls from the Chibok school abduction was released this past Tuesday. Three mothers have identified the girls in the video to be their daughters. The girls in the video say that they are being treated well but want to be returned home. They also asked for the Nigerian government to cooperate with Boko Haram.