3 Alternative History Timelines That Are Way Better Than 'Confederate' 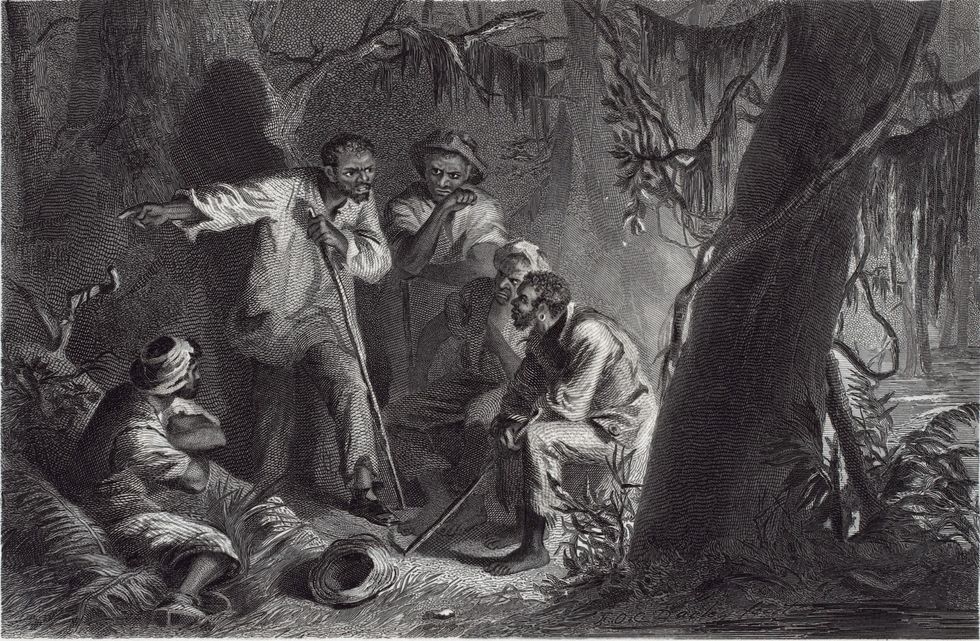 In light of the controversy around HBO's new show 'Confederate,' this contributor gives us better timelines that should be picked up instead.

DIASPORA—I am almost certain that HBO and its artistic partners, David Benioff and D.B. Weiss, creators of the hit series Game of Thrones did not predict the backlash that has accompanied the announcement of their new project, Confederate—a series, which according to the press release, “takes place in an alternative timeline where the southern states have successfully seceded from the Union, giving rise to a nation in which slavery remains legal and has evolved into a modern institution.”

While cities of the short-lived confederacy like New Orleans, Richmond, and Charlottesville have kept demolition crews busy unmounting monuments to an acrimonious past, the network that recently gave us Insecure and The Defiant Ones has been busy stewing fodder for the Richard Spencer and neo-confederate “it’s not racism, it’s tradition” crowd.

Confederate comes barely a year after the release of Ava DuVernay’s outrage inducing 13TH. Named for the 13th amendment of the U.S. Constitution, which freed enslaved Africans, DuVernay’s documentary was a scathing examination of the disproportion number of African-Americans incarcerated in the U.S. criminal justice system; a system which some argue is a modern rendition of antebellum sensibilities.

Artistic license notwithstanding, HBO’s decision to develop Confederate couldn’t be more untimely, especially when one considers that in the backdrop of this Strom Thurmond wet dream of a series is an administration that seems bent on undoing some of the progress made to address the country’s history of racial injustice.

If the appointment of a Klan-friendly gnome as the country’s top law-enforcement official does not compel Confederate creators to reconsider the ramifications of how their creative endeavor would be read by the different constituencies battling for the American narrative, perhaps the ensuing backlash might force them to reconsider.

While I understand that HBO is primarily answerable to its shareholders and probably doesn’t give a fuck whether or not this creative endeavor emboldens latter-day wizards of the David Duke School of Hate, or pisses off some dreadlocked writer subsisting on the margins of mainstream US discourse, I have taken it upon myself to concoct a few pitches for its competitors framed around alternative timelines.

What if none of the white people who sailed to the West African shore never lived to tell their story. In that alternative timeline, the Oyo, Asante, Mende, Fang, Bakongo and Duala ally to defend their territories against peddlers of human cargo. What if, rather than genuflect to the whims of these bible bearing hunters of men, the Oonis, Obas, Emirs, and Asantehene conspire to build a wall so formidable not even their biggest cannons could blast past it.

THE FORT could chronicle events leading up to the partition of rogue states like Holland, Portugal, Spain, England and France by an alliance of African powers and their strategic partners in the Indian subcontinent and Ottoman empire. In this reality, monotheism is a crime and bands of savants traverse the Sahara, and Mediterranean to spread the good news of ancestor worship. THE FORT promises to take audiences on an adventure that would imagine outcomes that would challenge their notions of history and human nature. Written Ben Okri, the British-Nigerian magical realist, this series will showcase the work of Laolu Senbanjo, the artist responsible for the body art in Beyoncé’s Lemonade.

What if the Allied powers’ efforts against The Reich’s war machine as it blitzed its way through the Eastern and Western fronts had failed; would the swastika have flown over Red Square? Would Johann Wolfgang von Goethe been the global reference for artistic excellence?

AXIS could chronicle events leading to the “Hot War” that dispossessed colonial powers of their colonies, and re-envisioned a new world order were forced labor of non-AXIS members is a norm. Imagine a world in which Slovakia and Bulgaria are prominent members of the international community. AXIS could follow a group of cartographers from who traverse the globe redrawing boundaries disrupted by the Axis victory in World War 2.

AXIS could be co-written by Kenyan Caine Prize winner Binyavanga Wainana (One Day I Will Write About this Place) and Indian-born Booker Prize winner Arundhati Roy (The Ministry of Utmost Happiness). They could also serve as creative consultants to the director, Raoul Peck, whose grasp of historical narratives at the margins of Western civilization is unmatched.

What if Nat Turner’s rebellion had succeeded to mobilize the majority of enslaved Africans in the Mid-Atlantic region to overturn the plantation order? Imagine an alternative timeline in which North America is a balkanized territory where formerly enslaved Africans, with the help of allies in the Republics of Santo Domingo and Jamaica, govern an area where the Scots, Irish, Welsh, Dutch and Southern European people are traded on town squares like beaver pelts.

SOUTHAMPTON could chronicle the events following the declaration of the new republic, which stretches from its northernmost end in Virginia to its southernmost edge in the Florida Keys. The series could be written by Nate Parker, while Spike Lee, known for his fearlessness and decades’ long experience telling difficult stories, could serve as director for what promises to be a fascinating project.

Kangsen Feka Wakai was born in Cameroon. His writings have appeared in Chimurenga’s The Chronic, Transition, Callaloo and Post No Ills Magazine. He lives in Washington, D.C. Follow him on Twitter @KfWakai.