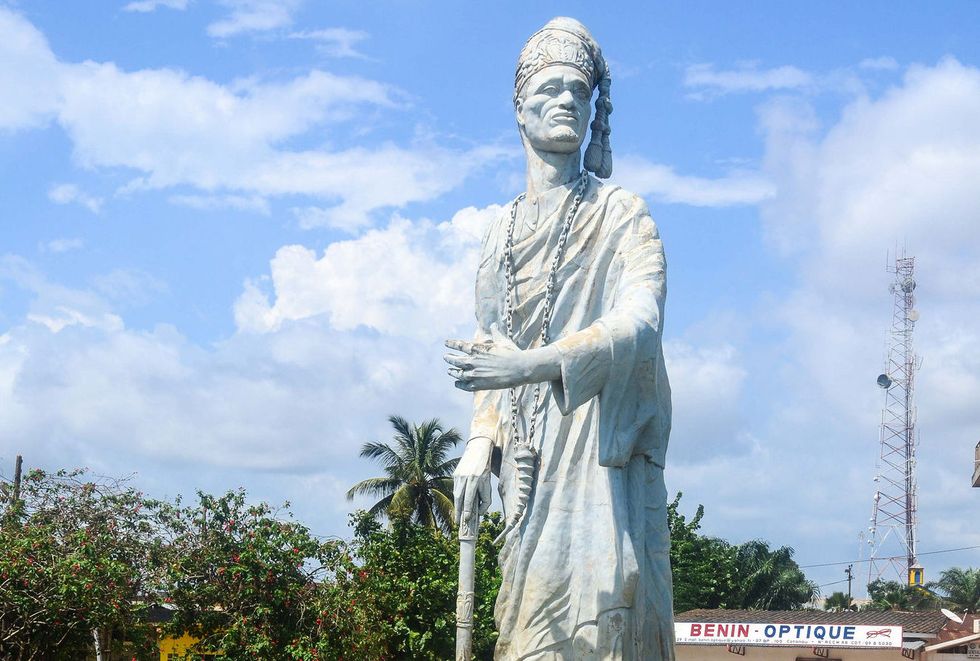 Put that new red and gold passport to use by visiting these seven destinations in Benin.

Benin has relaxed visa restrictions, upholding the African Union’s spirit of Pan-Africanism as part of its 2063 Agenda, including an e-passport program.

"Learning from Rwanda, I have decided that Benin will no longer require visas for other Africans," Patrice Talon, President of Benin, says of the decision in Rwanda Tuesday, according to Quartz Africa.

The West African nation joins 13 countries including Rwanda, Seychelles, Mauritius, and most recently Ghana that are making it easier for Africans from around the continent to visit in addition to advancing education and trade opportunities.

What’s more this means Africans can now explore the rich history of the former Dahomey Empire, one of West Africa’s most enduring kingdoms, also the birthplace of Voodoo and hub of the African slave trade. There’s so much culture to soak up from museums, ancient architecture to sublime Atlantic beaches.

Put that new red and gold passport (rolling out between now and 2018) to use by hitting up these seven must-see attractions in Benin:

If you’re an African history buff and looking for a laid back atmosphere, then look no further than Ouidah. What makes it special are the museums dedicated to the slave trade and Voodoo arts and the confluence of French and the Portuguese cultures. Ouidah boasts picturesque beaches as well.

This quaint, but charming town once played a major role in the Dahomey Empire’s slave trade. Be sure to check out the graffiti murals and Voodoo temples by Mono River where exotic birds abound.

There’s a museum, located in a French colonial building, that documents the culture of the Somba or Tammari people of Benin known for constructing amazing two-story fortified huts, called Tata Somba. The Tata Somba found in Benin and neighboring Togo are considered UNESCO World Heritage sites. You can also observe how shea butter is made.

If a bustling metropolis is more your speed, then make time for Cotonou, home to the mysterious “fetish market” that sells a menagerie of dead animals for Voodoo festivities. Once you’ve had your fill of the city, head over to the Pendjari National Park or relax on nearby gorgeous golden sand beaches dotted with palm trees.

The first king of Porto-Novo, Photo credit: Jbdodane via Flickr

Porto Novo may be the capital city of Benin, but expect a gentler pace than Cotonou. The Portuguese influence remains visible here. The Royal Palace and gardens and museum of Porto Novo kings are noteworthy sites.

Formerly the capital of the Dahomey Empire for nearly 300 years, there’s a lot of historical value here. Sadly much of the Abomey Royal Palaces, deemed UNESCO World Heritage sites, have been destroyed, but scant remains offer insight into the lives of the kings that once ruled there.

What other Beninese locales would you add to this list?