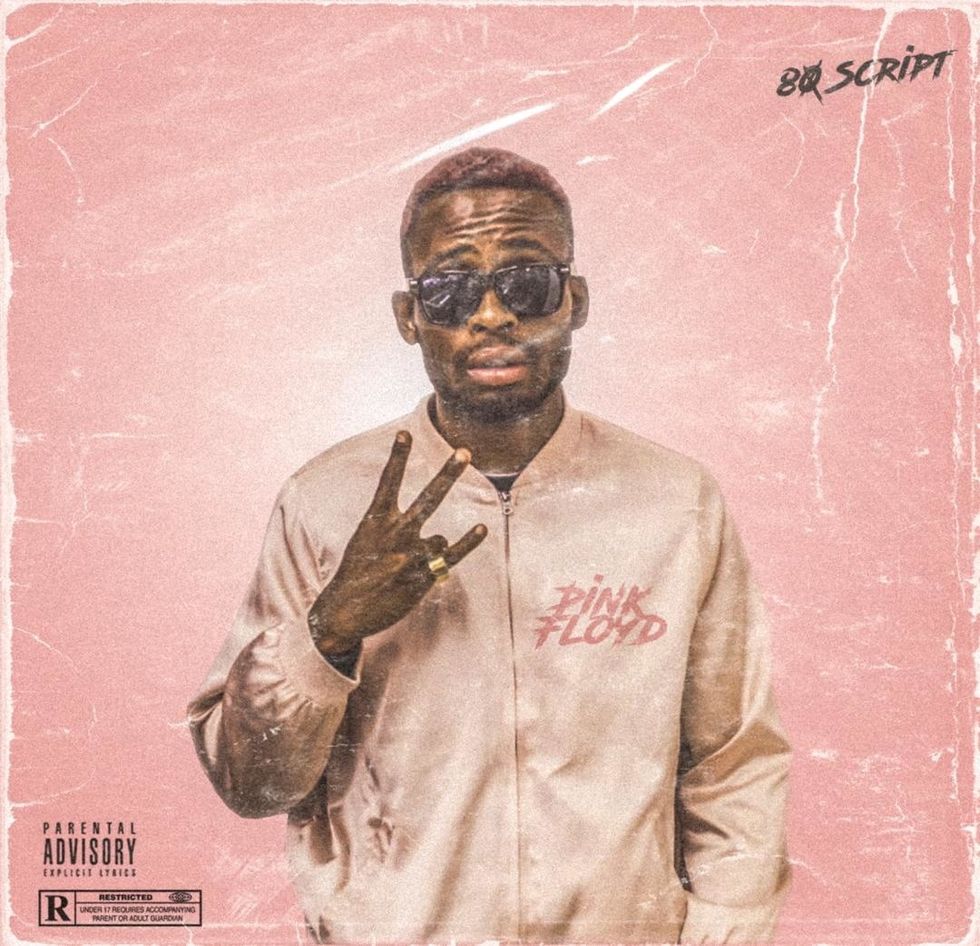 One of Swaziland's finest MCs speaks his truth in this new stellar EP.

80 Script is outspoken on and off the mic. The MC always expresses his thoughts unapologetically about issues and the politics of the game. And, in this world as you probably know, that doesn't always work in one's favor.

On the EP's opening song "Pink Floyd Freestyle," the MC muses on all the drama he was part of in 2018, from his hilarious clashes with the fellow MCs Illa Penboy, Smokey and King Terry.

On the song, 80 Script expresses that most of his controversial statements, which lead to sour relationships with fellow rappers, usually come from a good place.

"I wish I could that I can take it back to days when we were all cool/ Is this what success is all about?/ A bunch of rappers calling other rappers big mouths?/ Am I not supposed to tweet 'loud?/ I have freedom of speech and things I wanna speak about"

The song "Omelette Du Fromage" was one of the five diss tracks 80 Script and the rapper Swiss released towards each other in November last year in what was one of the most impressive rap happenings of the year in the small kingdom.

80 Script has confidence, and it's etched in his delivery, and in lines like, "I don't care what anybody says about me when I'm not there/ All I know is I'm number one, and I'm living in the top tier," on the song "Drippin" or "I went a li'l AWOL, now I'm back where I fumbled from/ They tried to say I fell from grace/ I felt disgraced, had to hide my face/ Worried someone else was gonna take my place/ But they didn't…" on "Pink Floyd Freestyle."

But 80 Script does more than just address beef and punch his own chest on the nine songs of the EP. On "Drippin," he touches on the pressures of choosing a precarious career and how some of those closest to him react to his decision. On the song, "Drive," he muses about a relationship that went sour with the eloquence he displayed on previous songs about relationships such as "Call Me Already."

For the rest of the project, the MC raps about his aspirations, and trades bars with some of the country's new talent on Trent Omar, AyZee and Harristheniner.

What's impressive about 80 Script is that even though he came up in the 2000s, he's still able to pull off current flows and delivery styles while still maintaining his essence. This while many rappers from his era have chosen to stick to their outdated ways.

Pink Floyd was put together in less than a week, but it sounds like butter with only just a few loose ends. It doesn't sound rushed, and the MC subtly sticks to the Floyd theme by making sporadic boxing references in the songs. After all, in his own words, "I called it Pink Floyd because I am the Floyd Mayweather of Eswatini hip-hop. The pink represents positivity and good vibes."

Prior to Pink Floyd, the rapper hadn't released a full project since 2016's You Do The Dishes, which was a follow-up to his 2015 debut EP These Are The Basics—all rock-solid releases.

In 2019, 80 Script will be releasing his debut album That of Greatness and a collaborative EP with the aforementioned Swiss. The video for his hit single "Yaya" is underway, too.

Listen to Pink Floyd below or directly on SoundClound, and revisit our 2016 interview with 80 Script here.