A Collaboration From Davido and Cassper Nyovest Is on the Way 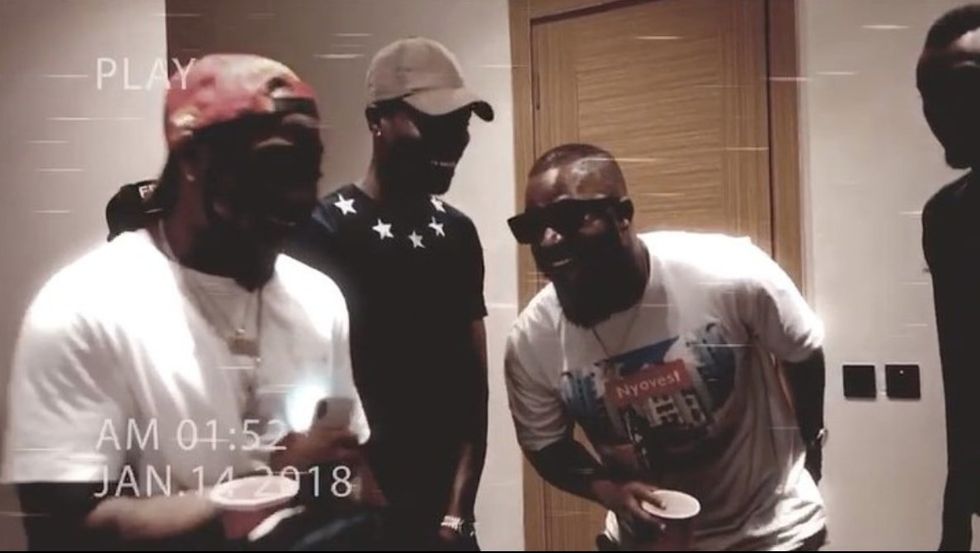 Davido described the song as a "classic."

It looks like a collaboration between two of the continent's biggest names will be coming our way in the near future.

Davido took to Instagram last night to share a snippet of him and Cassper Nyovest in the studio listening to a track that the pair had just laid down.

"Me and @CassperNyovest made a classic last nite!! WHAAAAAAAAT! 🔥🔥🔥🔥🔥🔥🔥 Out soon!! 🇳🇬x🇿🇦," he wrote in the caption. You can hear a short snippet of the track in the video below.

Both artists are coming off major wins at this weekend's Sound City MVP awards, where Davido took home trophies for Song of the Year and Video of the Year, and Casper snagged an award for Best Hip Hop Artist.

With these two heavyweights on one record, there's no doubt that the song will be a major hit, that'll probably earn them more awards in the future.

We're hoping this will lead to more dope collaborations with other artists as well. Davido mentioned late last year that he'd love to work with none other than Cardi B, and we're still crossing our fingers for that one.

We're yet to receive an exact release date, but the two have warned that the track is "coming very soon," so be on the lookout.