There Might Be a Davido and Cardi B Collaboration In The Future, and We're Here For It 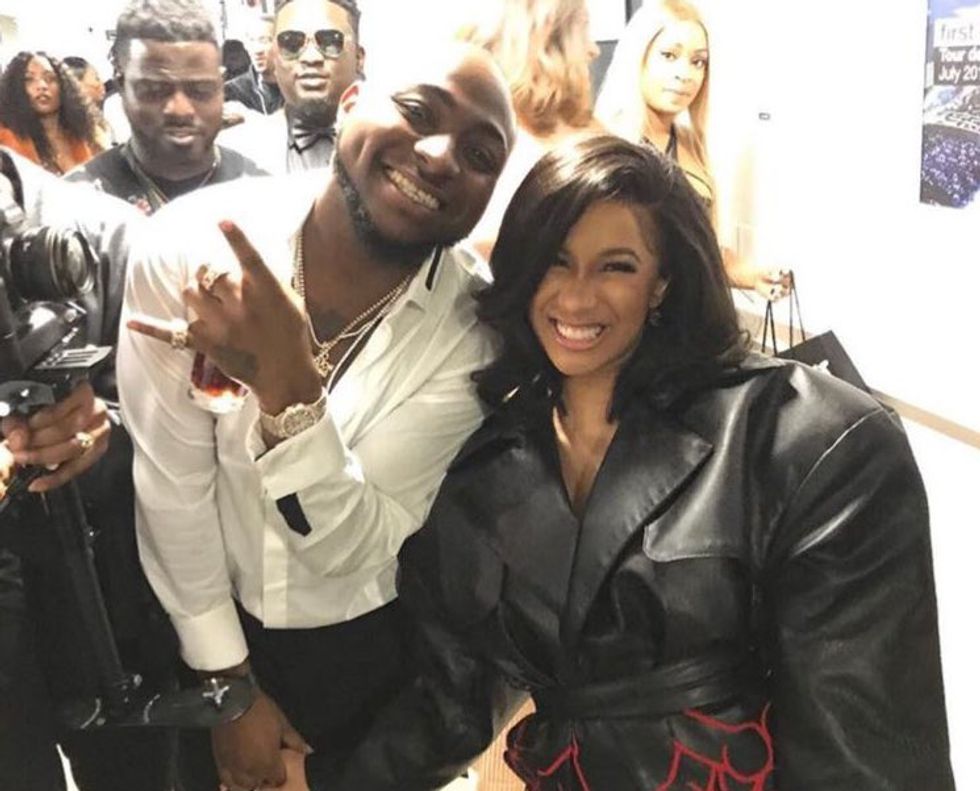 Davido and Cardi B met at the MOBOs last night, and now they might "make money moves" together.

Davido and Cardi B met a the MOBOs last night and now they're best friends who want to take over the music world together. Ok, so that might be a bit of an exaggeration, but it looks like it was all love and mutual respect between the two artists as they posed for a picture backstage.

Davido, who took home the award for Best African Act last night, shared the photo on his Twitter page, adding that he's a major fan of the now grammy-nominated artist, to which she responded, "Your music is amazing!! Congrats on your win!!!"

Check out the delightful exchange between two of our favs below.

And it didn't stop there. Davido, then replied, dropping a hint that he'd like to work on a collaboration with Cardi in the future—and now, we're over here imagining how some fiery Cardi B bars would sound accompanied by pidgin ad-libs from Davido, and we absolutely want this to become a reality.

We're not the only ones who think that a collaboration between the two would make for a potentially game-changing hit either. Fingers crossed that the two stars deliver!