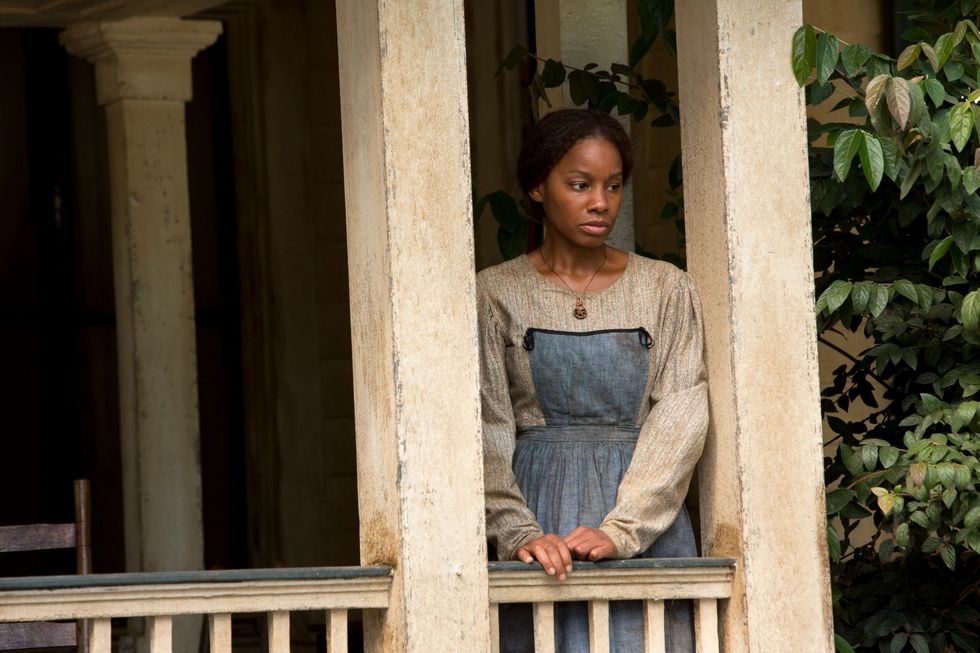 If you haven’t heard already there’s a Roots reboot—adapted from Alex Haley’s 1976 bestselling titular novel—scheduled to premiere on the HISTORY Channel on Memorial Day.

Both the original TV miniseries Roots and its revival chronicle the life story of Kunta Kinte, a young Mandinka warrior kidnapped and enslaved in America. The 2016 version stands out for its high cinematic value as well as for the depth and nuance with which it portrays Kinte’s home life in precolonial Gambia before he and other West African slaves were herded like cattle onto a slave ship bound for America, and weaves throughout its storytelling Kunta Kinte's strong African identity.

Roots was responsible for awakening a “whole new level of Afrocentrism,” prompting many black Americans to trace their lineage back to Africa, actress Anika Noni Rose, who stars as Kizzi, Kunta Kinte's daughter, in the remake of the classic, tells Okayafrica. And it promises to do so again for a whole new generation of viewers.

“This series explores the glory of that civilization [Kunta Kinte] came from,” Rose says of Roots’ portrayal of Kunta Kinte’s life before he was kidnapped by British slave-catchers. “Despite the narrative that has been spun, [Africans] had libraries. They had universities and people were thriving.”

Rose explains she agreed to sign onto Marvin Van Peebles-directed Roots—which boasts a star-studded cast, including actors Forest Whitaker and Laurence Fishburne with LeVar Burton, who originally portrayed Kunta Kinte, as co-executive producer—because “it’s a new time and we need to tell the story for new eyes.”

The eight-hour A+E Studios production does this through its no-holds-barred approach to depicting the violence and abject horror enslaved Africans endured on southern plantations for centuries, particularly the bone-chilling scene when Kunta Kinte (Malachi Kirby) is whipped mercilessly until he accepts his European name “Toby.”

“These are the stories that deserve to be told over and over again. As much as we hear about the Jewish holocaust, we need to hear about our holocaust,” says Rose, the Tony-award winning actress, who has appeared in films like For Colored Girls, Princess and the Frog, and Dream Girls.

Advances in technology from Google to DNA testing makes Roots’ reimagining, which is scheduled to air over the course of four nights, all the more timely, necessary and poignant.

The retelling of the epic, Emmy-Award winning miniseries arrives at a time when textbook publisher McGraw-Hill Education was accused of revisionist storytelling last fall after Texas mom Roni Dean-Burren noticed her son’s “World Geography” textbook referred to the Trans-Atlantic slave trade as immigration and African slaves as workers on agricultural plantations.

And for those who may be suffering from a slave narrative hangover, potentially caused by Hollywood’s renewed interest as depicted in Oscar-winning film 12 Years a Slave, breakout TV show Underground, and Nate Parker’s highly anticipated film The Birth of a Nation, Rose adds, Roots ' retelling presents a counter-narrative for anyone who may think that African Americans’ origins began with slavery.

“We owe these children growing up black, white, and otherwise, the truth of the people that came before them. For every enslaved person who died, escaped, was tortured, learned to read against all odds—this story needs to be told.”