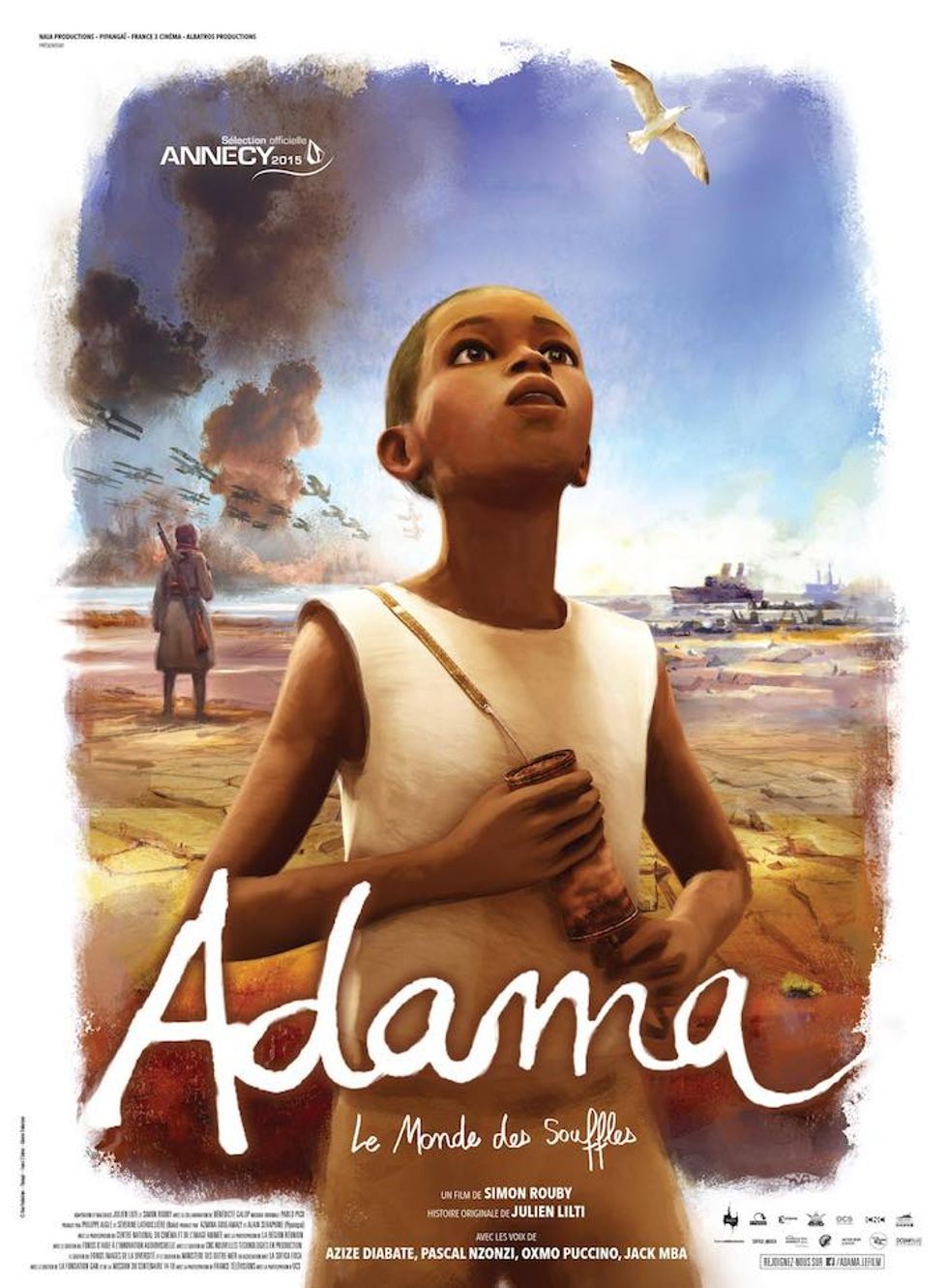 'Adama,' the French animated feature following the journey of a young West African boy during World War I, unveils its first trailer.

Adama is a forthcoming animated feature film from director Simon Rouby which follows the journey of a young West African boy through Europe at the height of the First World War. Voiced by French-Malian child actor Azize Abdoulaye Diabaté, the film's title character embarks on an unexpected quest to find his older brother who was taken from their village to serve as a rifleman with the French army. Adama's visual aesthetic and script, written by Julien Lilti, take inspiration from Israeli filmmaker Ari Folman's Golden Globe-winning animated war documentary Waltz With Bashir.

"Adama is set in a specific historical context, but it is not a period piece," the film's creators told Torino Film Lab. "What matters to us is how Adama's adventure resonates with contemporary issues. Envisioned as an initiatory trance, our film recounts Adama’s passage into adulthood and how he discovers his own uniqueness, his identity, whilst at the same time touching on the universal, humanity itself."

Currently slated for an October 2015 release, Adama screens in competition at the Annecy International Animated Film Festivalthis week. Read the official synopsis, and watch the film's trailer, first shared by our friends over at Shadow And Act, below.

"12 year-old Adama lives in a remote village in West Africa, sheltered by the cliffs. Out, beyond, lies the land of breaths, the kingdom of wicked spirits hungry for war. When Samba, his elder brother, suddenly vanishes from the village, Adama decides to set off in search of him. Accompanied first by Abdou, a tragically lucid griot, then by Maximin, a street urchin who is his own negative twin, he crosses a Europe in the grip of war. Borne by the energy of desperation and the poetry of childhood, Adama travels to the hell of the frontline in order to free his brother and see his own initiatory journey through."