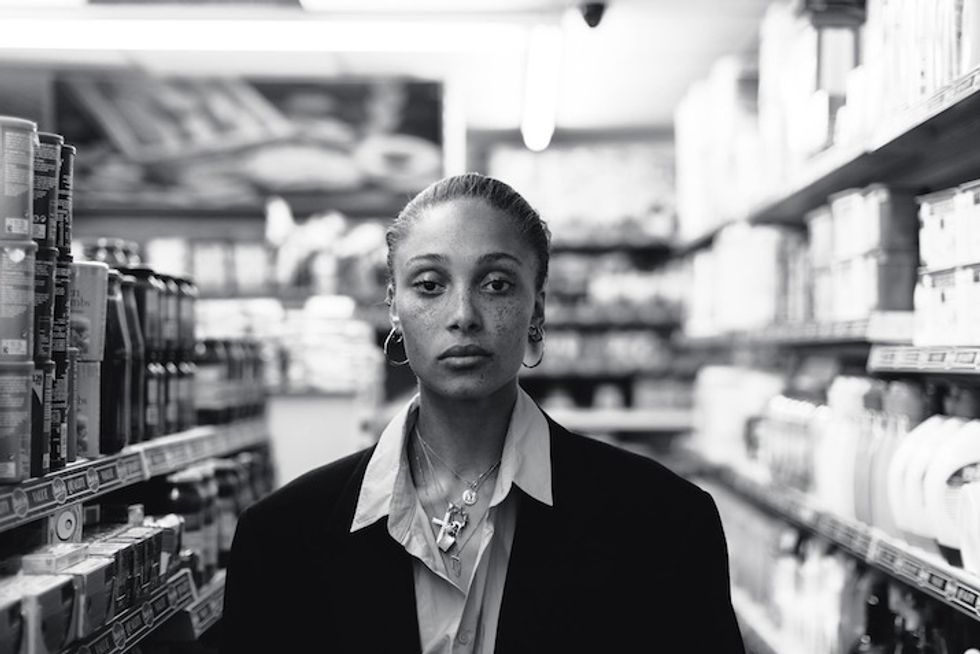 Who better to represent the unique sounds of London duo Acyde and Morgan Zarate than model Adwoa Aboah? Raw and unrestrained, Aboah is without any inhibition in the video We Are Shining's latest single "Hot Love." Sporting cuffed straight-legged denim trousers, an oversized button down and an overcoat, Aboah completes her nonchalant menswear-inspired look with a red bandana and electric blue mascara.

Though a model, Aboah is no stranger to the art of film. Boasting a degree in Theatre Studies from Brunel University, the model/actress attributes the learned importance of "behaving not acting" to her role in the independent film to.get.her which premiered at Sundance in 2011. As the fashion world moves increasingly into film, the art of visually embodying a character becomes more dynamic. Needless to say, Aboah's versatility in both genres of the visual art world makes her the perfect "Hot Love" muse.

Directed by French Filmaker, Simon Cahn, the music video takes place in a late night North East London corner store. A mix of afro, blues and gospel, "Hot Love," as well as its cast, epitomizes that gritty side of rock 'n roll. The single releases September 8 on Marathon Artists. Take a look at the video below.