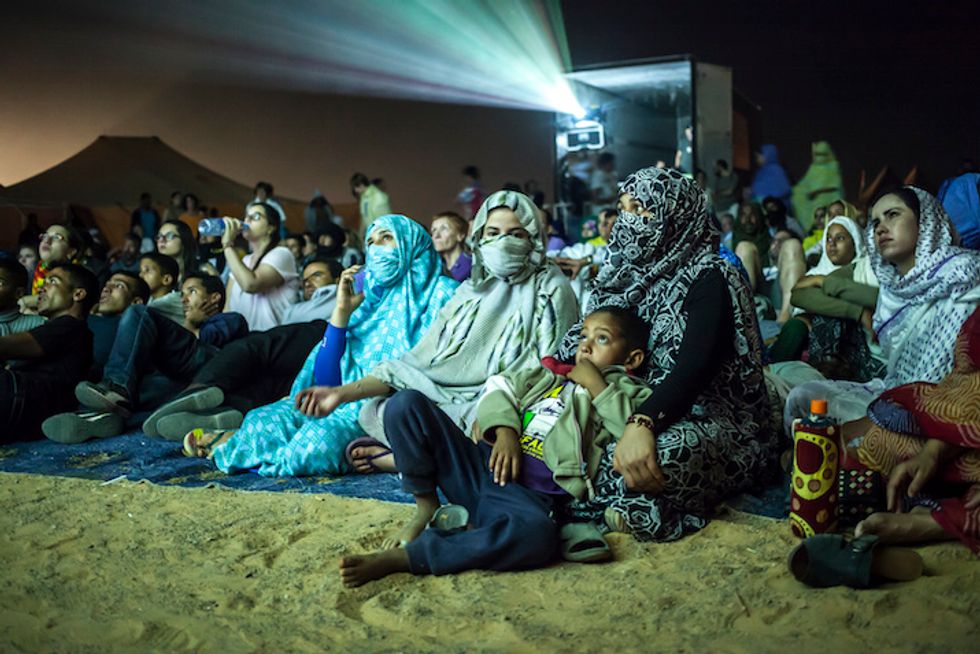 The 'Ways We Watch Films in Africa' exhibition in Scotland celebrates the diverse and innovative film-viewing habits across Africa.

Watching films might be a universal pastime, but a new photograph exhibition shows just how diverse the moviegoing experience is from person to person.

The special exhibition reflects this year's festival theme, "Connections," which focuses on the interrelatedness of the myriad aspects of African experiences.

"Across Africa local film industries are flourishing, and as commercial and independent cinema spaces slowly begin to cater for African cinema, audiences have found a myriad of innovative ways to watch African films," reads the exhibition web page.

Ways We Watch Films in Africa will be displayed in Edinburgh (Filmhouse) and Glasgow (The Old Hairdressers) now through November 1.

Check out some of the photographs selected for the exhibition below.

All photos courtesy of Africa in Motion

Outdoor cinema presented by The Bioscope in Johannesburg, South Africa. (Photo: The Bioscope)

An announcement about the construction of Ciné Guimbi in Burkina Faso. (Photo: Marilia Guiraud/Ciné Guimbi)

'The End of the World' cinema in the Sinai Peninsula, Egypt. (Photo: Kaupo Kikkas)