AFRICA IN YOUR EARBUDS #13: VOICES OF BLACK 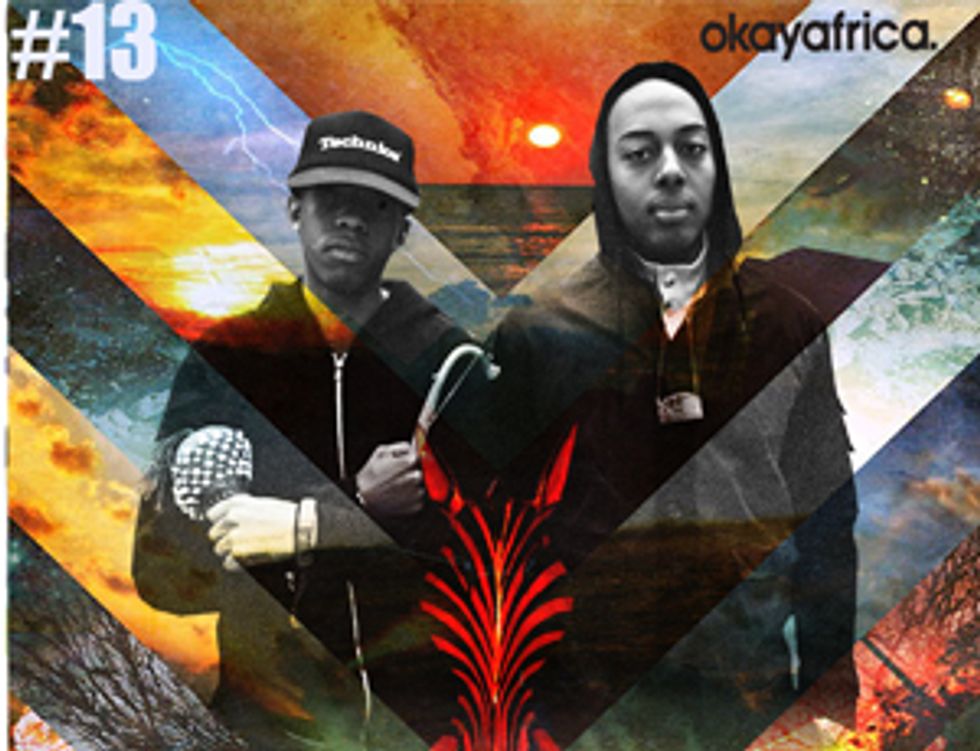 Voices of Blackis a Providence, RI production duo comprised of Baba Ali and Jules Born. The two craft innovative electronic concoctions that have been featured alongside labelmate and friend Nicolas Jaar as well as in fashion house Yves Saint Laurent ads.

For Africa In Your Earbuds #13, Baba Ali — whose father grew up in Nigeria as a relative to the Kuti family — gives us a slow burning excursion into "how Africa often exists in the mind as a concept... [as] an idea in the same way that one would consider blackness."

The mixtape's first 15 minutes are low-key and pensive, patiently building to a captivating Afrofuturist progression. On his choice of cuts Baba states,

"I sourced music from the African diaspora and also artists that are considered to exist outside of any perceived sphere of "African" existence or identity. The result was a musical journey across the globe —starting in South Africa, to Paris, Minnesota, Peru, Nigeria, Germany, NY, Brazil, and then finally, Japan."

Stream and download AIYE # 13: Voices of Black below! And a big up to Underdog for hooking up the cover art!

Al Quetz aka Quetzal - Stolen Land (The Imf Vs Africa)