African Fantasy Video Game 'Aurion: Legacy of the Kori-Odan' is Getting Made Into a Hollywood Movie 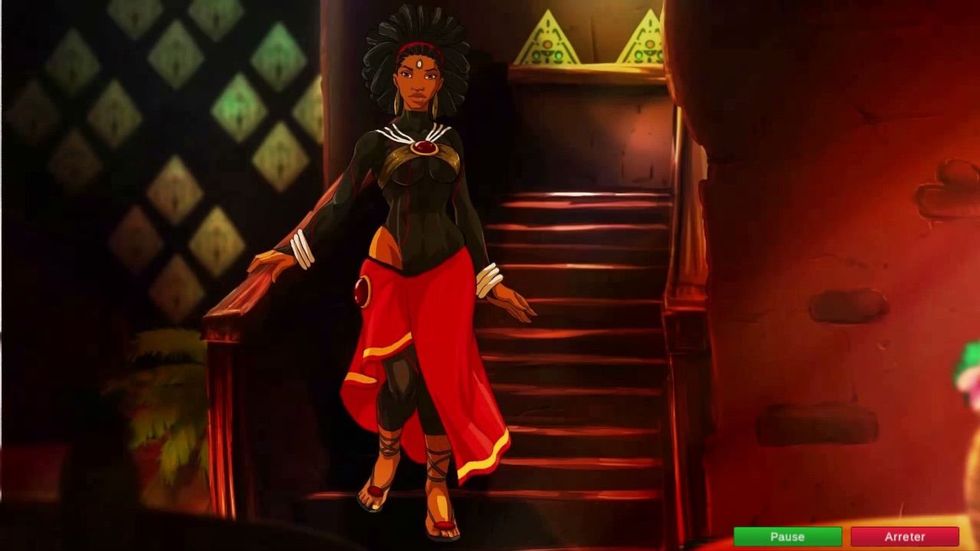 Cameroonian video game developers Madiba Olivier and Kiro’o Games' 'Aurion: Legacy of the Kori-Odan’ is headed to the big screen.

If anyone deserves a high five this week, it’s Madiba Olivier and his team at the Yaoundé-based video game studio, Kiro’o Games. Olivier is the programmer and game designer of Aurion: Legacy of the Kori-Odan, a 2D African Fantasy Action-RPG (role playing game) that draws deeply from African culture, myths and lores.

Aurion is already leaving an extraordinary mark on the gaming world as one of Africa’s first role-playing games. In April, it was released for download on Microsoft Windows via STEAM.

Less than two years since operations took off, the Cameroonian video game developers are ready to shake up Hollywood.

Aurion, we now know, is headed to the silver screen. According to Hollywood Reporter, Good Fear Film, the U.S.-based production company run by Chris Bender and Jake Weiner, have picked up the rights to the game.

“This is an incredibly unique entry into the fantasy genre and we are as inspired by Madiba as we are in the world that he has created," Bender and Weiner said Monday in a joint statement.

“My team and I are very excited to see our game become a movie in Hollywood. It is something we’ve dreamed about since the beginning,” said Olivier.

Screenshot from Aurion: Legacy of the Kori-Odan.

While we don’t know too much else about the project, we presume it will follow the adventures of Enzo Kori-Odan, the Prince of Zama, who suffers a coup d'état from his brother in-law on the day of his coronation and marriage with Erine Evou. The game itself revolves around the royal couple’s journey to reclaim their rightful throne.

And if the movie is anything like the game, there will be plenty of food for thought along the way.

“The story of Aurion focused on the inner, but those who play the game can read between the lines. It’s a conflict analogy to the general African history about the quest of independence, the new colonization, but not as a victim point of view—that the problem is always the fault of others. No, it’s a conflict that’s a reflection of our generation about what is our place in the world? What can we offer to the world when we see the global stakes?” Olivier said in an interview with Okayafrica earlier this year.

“Africa is the center of the world, so we are in between the political, the economic, the material fights in the world. How can we be the convergence, center of all the interest? Maybe invent the next step for humanity. That’s what the game is talking about most, even if it’s on another planet, in another world.”

Screenshot from Aurion: Legacy of the Kori-Odan.

Also like the game, we expect the movie’s female characters to kick ass. “We didn’t want to make another game where you had to save the girl. We wanted to give this African image of the woman not behind, but at the side of the king, and in the game they are a real couple relationship. That’s something we’ve not seen most games, the mature view of the couple,” Olivier said in that same interview.

We’ll continue to keep you updated on the Aurion movie as the project progresses. It’s definitely one to look out for. In the meantime, who’s your pick for Enzo Kori-Odan and Erine Evou?

Read: This Exciting Afrofuturist Role-Playing Game Is Revolutionizing the Video Game Industry in Africa & Beyond