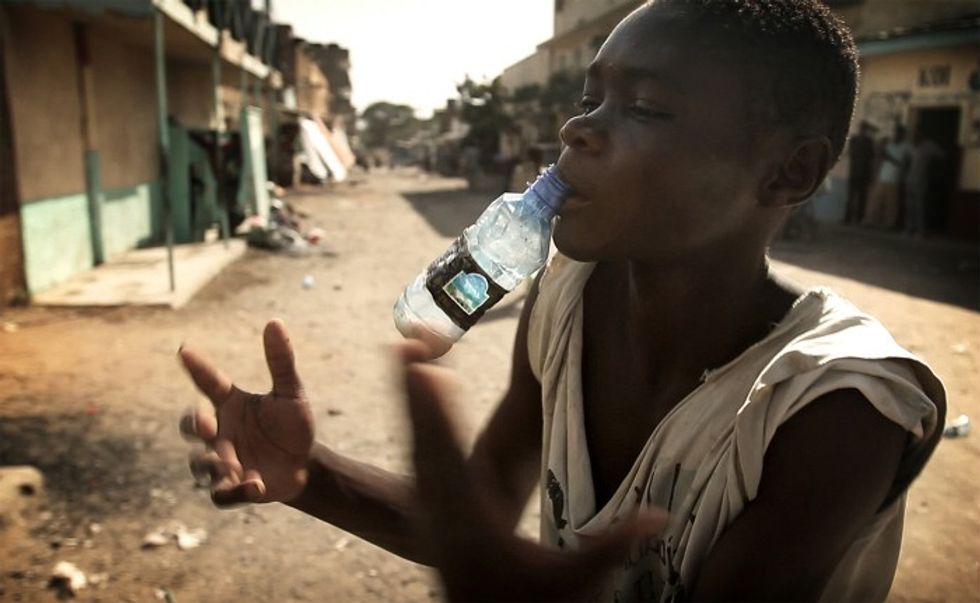 Watch the trailer for Tough Bond, a new film set in Kenya that takes a difficult look at young people sniffing glue to survive.

Watch the extended trailer for Tough Bond, the heavy new documentary featuring young people from the streets of Nairobi hooked on sniffing glue to survive. The film, made by Village Beat (you may remember them from The Very Best's recent music videos), will premiere at The Berlin International Film Festival on February 13. Our dudes The Very Best and Seye built the original soundtrack to this difficult, yet beautifully orchestrated peek into an urgent issue. We're anticipating taking a closer look at the feature length.

H/T to The Fader for pointing out that Shabazz Palaces used footage from the film in their 2011 video for "Blast It." Watch "Blast It" and stream "Liar," a track by The Very Best and Seye featured in the score below.

SHABAZZ PALACES- "BLAST IT" from Village Beat on Vimeo.