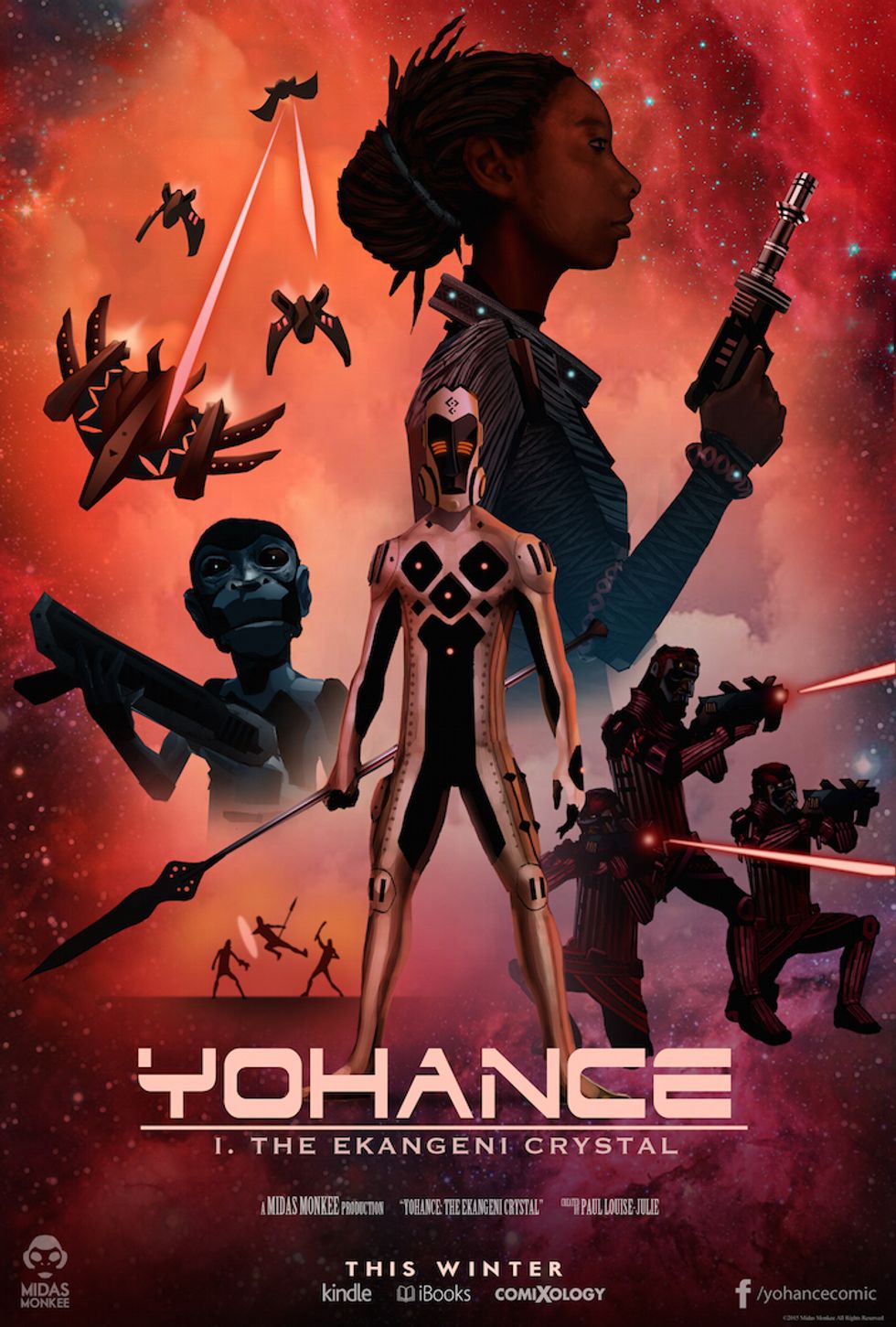 After launching an African graphic novel series grounded in ancient mythology earlier this year, author and illustrator Paul Louise-Julie now has his sights set on a faraway galaxy.

The New Jersey-based, French-Caribbean artist behind The Pack will soon begin work on Yohancé, a futuristic “space opera” inspired by and aesthetically derived from ancient African cultures. The mini-series–comprised of several acts–will tell the story of an interstellar thief known as Yohancé–aka “The Monkey.”

Louise-Julie, a huge Star Wars fan, says he’s been enamored with the “space opera”–a subgenre of science-fiction that by definition “emphasizes space warfare, melodramatic adventure, set mainly or entirely in outer space, and often chivalric romance”–since he was a child.

Like Star Wars, Yohancé is set in a far-off galaxy, though Louise-Julie says everything in this galaxy is integrally rooted in his research of ancient African cultures, like his hero’s Central African Fang Mask-inspired head gear for instance. That same research is the backbone of his Pack graphic novel, which Louise-Julie says is part of his larger goal of “creating a new mythology for the Black Diaspora.”

“As with The Pack and High Fantasy, I felt that this beloved genre significantly lacked diversity not only in the characters but in the underlying source of design,” Louise-Julie writes in a press release. “It was only natural that I use the same research I use on The Pack and push it in the other direction of science fiction. When I started this journey, I made peace with the fact that The Pack would occupy most of my adult life. I had no idea that there would be an equal excitement for an African-inspired Space Opera. After I wrote the script, it quickly became apparent that I had to do this, even if it meant running it parallel to The Pack.”

Louise-Julie recently wrapped up pre-production on the series and hopes to release Yohancé Pt.1: The Ekangeni Crystal sometime in early 2016. He plans to release a new installment of The Pack in the next couple of weeks. Keep up with Yohancé on Facebook.

For more, read our interview with Paul Louise-Julie on his work creating a new mythology for the African Diaspora.