Freshlyground Answers Our Questions About 'Take Me To The Dance' 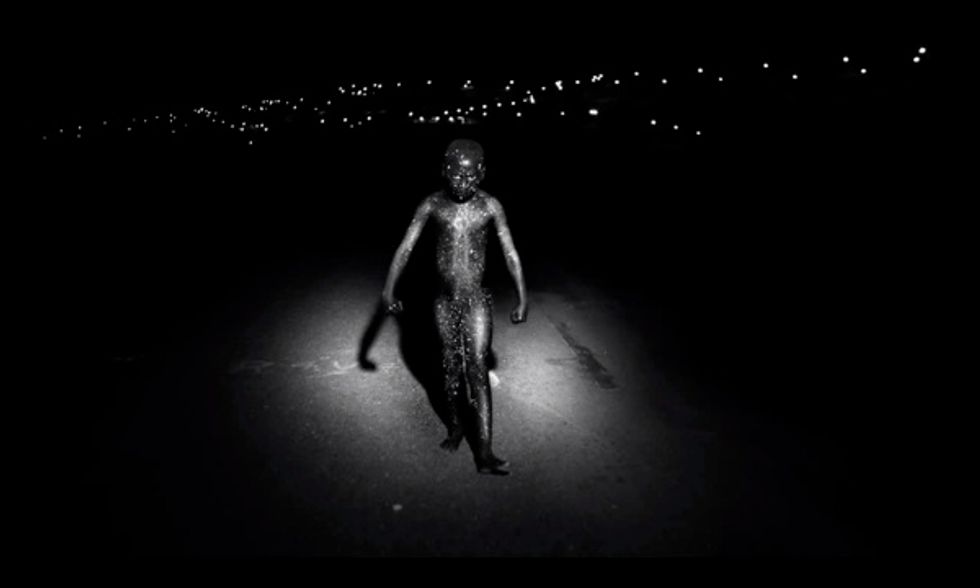 South African band Freshlyground answer our questions about their video for 'Take Me to the Dance'.

When we premiered Freshlyground's video for "Take Me to the Dance" last week, readers took to the comments to note that the video's look and tone departed from the band's usual style. Since questions were swirling about whether the band was drawing inspiration from Spoek Mathambo or even Die Antwoord, we figured it'd be best to talk influences with the band and Sam Coleman, the director behind the video. Read on for the reasons behind the darker and more mature look, insight into the influences behind the video, and the band's desire to create a more 'global sound'.

OKA: After dropping Freshly Ground's latest video for "Take Me to the Dance" OKA's social media crowd took notice of the shift in aesthetic from your previous works like "Pot Belly". What is the purpose for making this video a bit "darker" visually?

Sam Coleman: The tone of the video was inspired by the track which immediately struck me as a departure for Freshlyground's sound. It’s a dance floor track and I thought it had a hint of darkness and a heavy dose of magic.

Watch the full clip for "Take Me to the Dance" below:

OKA: Why is the band experiencing a shift in sound and aesthetic?

Kyla-rose (violinist): Last year marked our ten-year anniversary, and while that has been an amazing achievement it left us in a place of uncertainty. Unsure of how we should continue or whether we even wanted to continue. But after a lot of discussion we decided that we wanted to make a 5th record and we wanted to take ourselves into a new creative space. So we turned our traditional method of creating and writing material on its head...split up into smaller, sometimes even singular groups to piece together the material for our new record, Take me To The Dance and we also collaborated with the wonderful Grammy award winning producer Steve Berlin. And the result is a record that all 7 of us are very proud of and feel embodies the diversity that is Freshlyground while venturing into a more global sound. I feel we have grown up and that shows in the songs on the new record and with it came a desire to present ourselves in a slightly new light. A little less safe. A little more edgy. I think we are in a position where we are secure enough not to have to play to people's expectation of us but rather show them a different side to Freshlyground because we are all varied and diverse individuals and things are not always happy and frivolous...there are darker times too. ;)

Freshlyground, "Take Me to the Dance"

OKA: We see parallels between "Take Me to the Dance" and Spoek Mathambo's videos for "Let Them Talk" and "Control". Some might even argue that parallels can be drawn between the slick black characters in Die Antwoord's "Fatty Boom Boom" (above) and the young man marching down the road at the beginning of "TMTTD". Is it just us, or did you draw inspiration from these works?

SC: I’m certainly inspired by these artists and they set the bar in terms of the fierceness and energy of their work but any visual parallels are unintentional. We tried to create a very distinct world for the video which I think we achieved. It’s about a journey through a dance floor. A night out which becomes a bit surreal or dream-like. On the kid, we wanted to make a kind of supernatural alter ego to be on the journey with Zolani [Mahola], inspired by the lyrics from the track: "I am a lady and not a child”. I always knew I wanted a kid for this but at first thought it would naturally be a girl but then Xabiso arrived at the casting and I knew it would be him. I thought of him as a kind of African super hero - androgynous but strong - so we created a supernatural character in post production at Black Ginger with particles of light falling through him like stars. The visual reference for him was actually Alan Moore’s Doctor Manhattan and also the Silver Surfer!

OKA: How did you create the concept for "TMTTD"?

SC: Initially Simon from the band had the idea of a shot with “Zolani close up but slowly pulling back to expose a dancefloor scene. She however remains static, staring straight to camera. She is surrounded by a heaving dancefloor…’ so that really became the essence of the treatment. Then it became about creating the atmosphere on the dancefloor. He also wanted the dance floor to be full of what he called “unlikely” characters and even suggested black & white which I wanted to do also.

So we knew it would be a dancefloor where anything goes, maybe a litte twisted at times but also somewhere you would have a great night out. I knew I wanted the characters on the dancefloor to be very eclectic and represent a good cross section of South Africa and I feel that this was absolutely delivered by the casting. I was blown away by the variety of people that showed up: Cape Carnival Minstrels, strippers, kids and their mama’s, androgynous types, cross dressers, roller girls, zombie shake dancers, booty dancers and everything else in between all showed up. You would never get a mix of people like that showing up to a casting in L.A or London. And they drove the result. The atmosphere on the dancefloor is real.

The idea also came from the narrative in the lyrics ... but at the same time the track has a dream-like quality. And a driving motion. It is firmly set in the night. The palette is dark. With the subjects lit "on camera flash style" coming out of the darkness. Black & white. It has a driving motion. The groove is infectious. The idea is that everybody who hears it lets loose all inhibitions as we see on the dancefloor. I wanted Zo to be part of it but also to be almost removed at the same time which gave it a dream-like quality.

OKA: What was one tossed away idea you had for the video? What concept will the world never see?

SC: There are actually no tossed away ideas just things which we ran out of time to shoot! We tried to do a 2 day shoot in one day but maybe managed to squeeze in 1.5 days in one long day! So we missed a whole scene on the road where she encounters the Carnival Minstrels and others we see later before even getting to the dance.