The 8 Songs You Need to Hear This Week 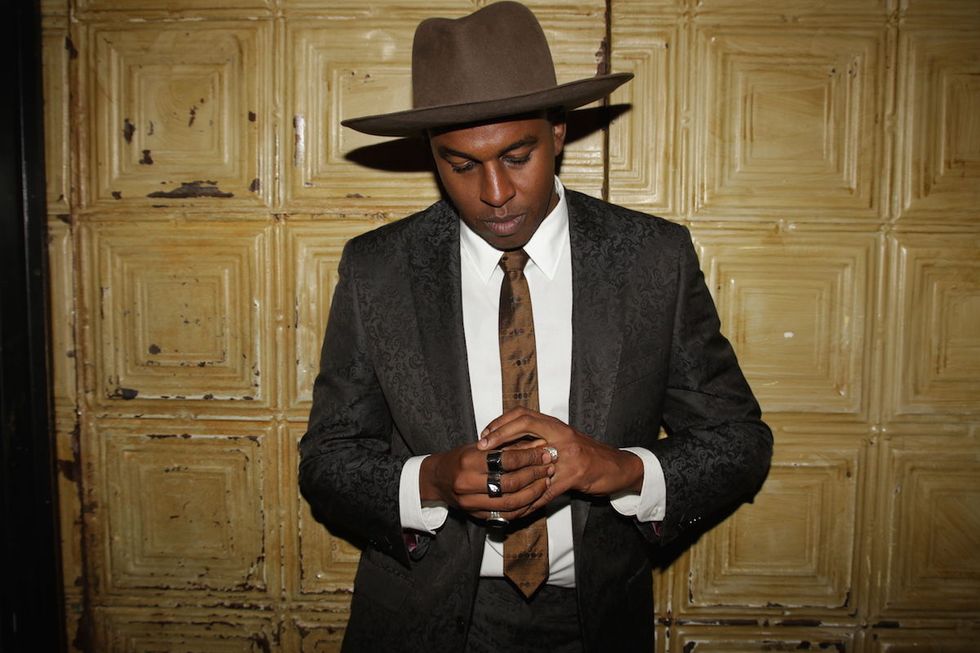 The best songs that we came across this week, featuring Sarkodie & Runtown, The.Wav, Legendury Beatz, Sinkane and more.

Check out the "Songs You Need to Hear This Week" in our new Apple Music curator playlist and read about the individual selections ahead.

Fewer collabos could excite like one by Sarkodie and Runtown. Individually they command A-star ratings for quality and consistency and, as a tag-team, the result could only be magical.

“Pain Killer” is produced by T Spize, Runtown’s longterm collaborator, who made his first hit “Gallardo” as well as Davido‘s “Aye.” His beat for this banger is recognisably Ghanaian in how the percussion is syncopated and, even more pronounced, in the looped and slightly-pitched flute notes on the chorus. —Sabo Kpade.

Afro-trap group The.Wav have a knack for writing songs that will soundtrack your weekends.

The L.A.-based collective links up with Nigerian producer Masterkraft—who's crafted hits for Flavour, Banky W and many others—for their new single "Proposition."

Check it out "Proposition" below and grab it on Apple Music.

Check out the best songs of the week in our Apple Music playlist, updated every Friday:

Sinkane's new album, Life & Livin' It, is out today. It's a much-needed dose of optimism.

The new record from Sudanese-born, New York City-based musician Ahmed Gallab is lead by single “U’Huh,” a celebration of friends amidst troubling times built on an Arabic refrain of “Kulu shi tamaam.”

“‘Kulu shi tamaam’ is an Arabic phrase meaning ‘Everything is great!,” Gallab mentions. “Times are tough. Struggles have always existed in our lives. But hope, love and the power of positivity help us stay alive. It is what inspires me to wake up in the morning, make music, and, ultimately, connect with people.”

You should definitely check out and grab this album.

Nigerian production duo Legendury Beatz, who've written hits for Wizkid, Wale, Tinie Tempah and many others, are readying the release of their star-studded Afropop 101 mixtape.

The tape will feature contributions from the likes of Wizkid, Timaya, Vanessa Mdee and Maleek Berry. "Hearbeat," the lead single from Afropop 101, sees the beat makers linking up with Mr Eazi for a head-nodding dancehall progression.

Check out the full track list for Legendury Beatz' new mixtape below, which is up for pre-order now.

"Yere Faga" is the lead single from her upcoming album, Mogoya, which will be the singer's first material in 8 years.

“My music has never had this kind of arrangement and sound before. I’ve been totally in the tradition for years now so to get out of that and have a look around elsewhere was a total pleasure,” Oumou Sangaré mentions.

Cameroonian rapper Stanley Enow was inspired by the loss of his sister, Sylvie Enow, to write the bittersweet single "Pray For Me," a prelude to his second album which is due later this year.

The song's music video was filmed in Johannesburg, South Africa. Watch above to hear this "soulful trap tune," as Enow describes it.

Two new joints from Phyno, one with P-Square

The first one, "Financial Woman," sees him joining forces with P-Square for a Clarence Peters-directed clip. The second single follows the difficulties of relationships and the bad decisions that can be made in "Mistakes."

And, finally, Burna Boy gives thanks for his blessings, his family, and for other artists like Shatta Wale and R2bees in his latest single "Hallelujah."