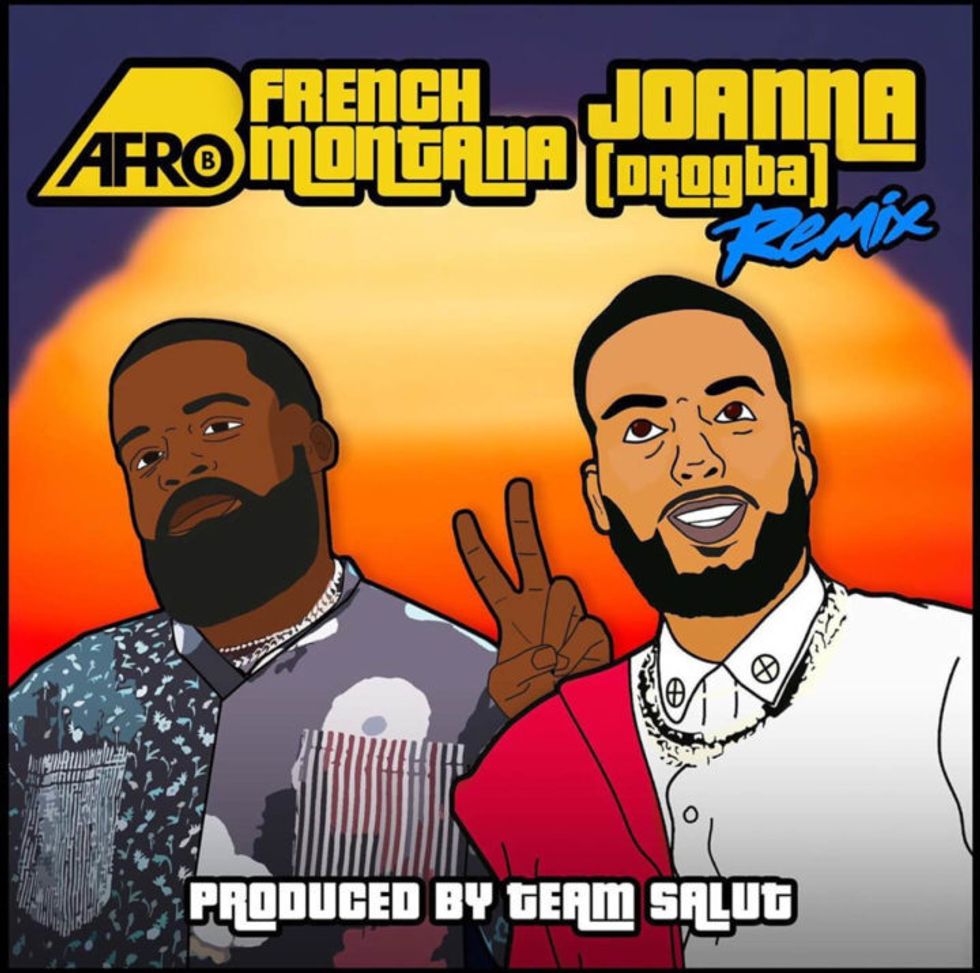 The massive Afrowave track gets a big remix.

Afro B's massive single and arguably one of the song of 2018, "Joanna (Drogba)," continues to make waves well into 2019.

The UK-based Ivorian artist expertly paced out the rollout of the track for maximum exposure, going from the #DrogbaChallenge, to the music video (which we premiered), to getting notable radio airplay in the US and the UK and becoming one of the 'Afrowave ambassador tracks' that everyone's familiar with by now.

Following the Wizkid remix of "Joanna (Drogba)," Afro B is now sharing another revisit to his hit alongside French Montana.

The new remix keeps the original qualities and structure of the highly-addictive Team Salut-produced hit. French Montana pops in for a few added bars that keep the energy going. We previously interviewed Team Salut about how they're making soe of the biggest Afrowave hits right now.