9 Afro-Brazilian Musicians You Need to Check Out 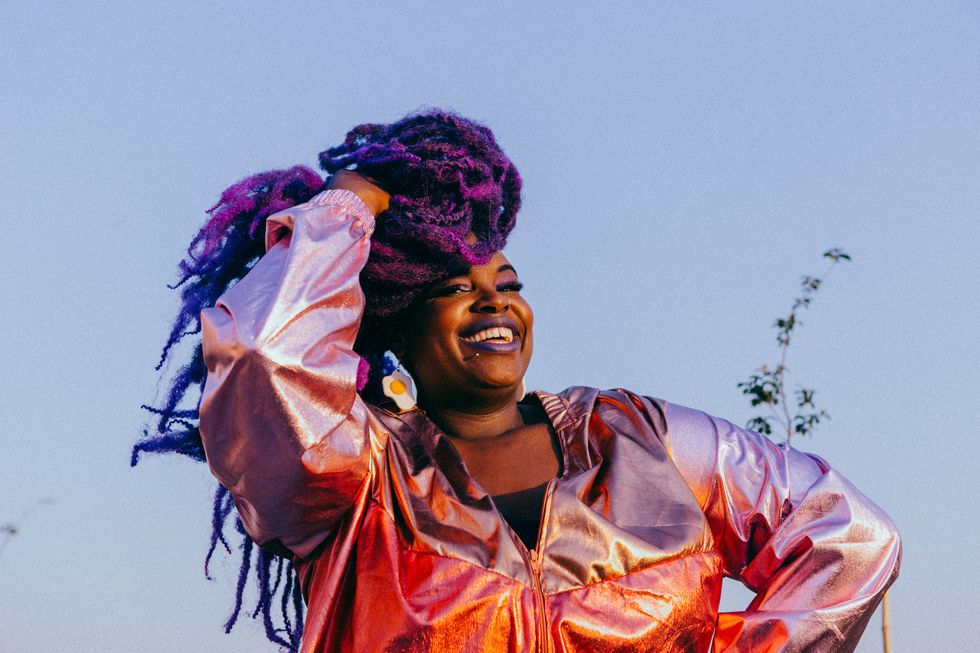 Brazil is undergoing a modern black movement in which young Afro-Brazilians are embracing their blackness and openly addressing racism. Afro-Brazilian artists are now expressing this movement through their music and fashion style. In a country where people—black and white—have been brainwashed to believe that racism doesn't exist, this is revolutionary.

Black musicians and rappers like Preta Rara, Xênia Franca and Bia Ferreira directly address oppression and racism in the lyrics of their music and wear clothes and makeup that highlight their blackness and African heritage. These aren't the musicians you'll see on Globo television, but they will easily pack a show in Rio de Janeiro, São Paulo or Salvador.

Below is a list of some Brazil's hottest conscious Afro-Brazilian musicians with, of course, a couple of bonus funk musicians. The list below doesn't include Liniker e os Cameloews, Karol Conka or Elza Soares because they have been featured before on OkayAfrica.

Preta-Rara (Rare Black), Joyce Fernandes, is on her third career as a rapper and this one will probably stick. In a country that glorifies blondes and fetishes mixed-race women, Preta-Rara is a rare sight. She's a large, dark-skinned black woman with "crespo" hair who exudes confidence and demands respect. Preta-Rara first burst to fame as the creator of "Eu, empregada domestica," (I, a domestic servant), a Facebook page in which domestic servants anonymously reported the horrible treatment of their bosses. Before becoming a teacher, Preta-Rara worked as a domestic servant for six years, just as her mother and grandmother had. Once the Facebook page took off and she gave a viral TedTalk, she began pursuing her rap career. Preta-Rara's forceful style and women affirming lyrics hearken back to the early days of Queen Latifah. Her first single, "Abolição Falsa" (False Abolition) asserts how Brazil's 1888 abolition of slavery did not end the struggle for black women in the country.

Poet or MC? Rincon Sapiência is both. Born and raised in São Paulo, his authentic style of rap includes elements of African and electronic music. Sapience's career vaulted to another level in 2016 when his song, "Ponta de Lança - Verso Livro, " racked up more than 8 million spins on Spotify. His last disk included funk and African rhythms while uniting social criticism with street life. Rincon Sapiência also has a fan base in Africa. He performed in Senegal and Mauritania in 2013, and although the crowd could not understand his lyrics, they connected with the rhythm of his music.

Rennan da Penha is the resident DJ of Rio de Janeiro's largest funk party, Baile da Gaiola. More than 10,000 people gather in the favela neighborhood of Complexo de Penha every other Saturday for a funk party that goes from 10PM until 4PM the next day. His birthday celebration in July even attracted more than 25,000 people. Traditional "Carioca" funk goes at 130 BPM so Rennan took it to another level to 150 BPM. Locals call this Rennan's "crazy rhythm." This July, Rennan united with the biggest funk singer, Negro Borel, to produce "Me Solta." Although Rennan is only 25, he already has 10 years in the funk game.

Brazilians finally woke up to this group in 2017 and now it's time for the rest of the world to get on the bandwagon. Russo Passapusso, Roberto Barreto and SekoBass founded Baiana System in 2009 in Salvador, the heart of Brazil's African soul. It's there that the drums of Afro-Blocos like Olodum and Ilê Aiyê (and of course samba) rule black music. But in the last three years, Baiana System has managed to break out of the shadow of these Bahian groups and become a national live show attraction. The non-stop energy of a Baiana system live show transports people to another dimension. You gotta experience it.

With skillful lyrics backed by rap, jazz, and RnB, Tássia Reis uses music to fight against racism. And when her velvety, soft voice is paired with the right song, it feels like you are listening to magic. Reis fell into singing after testing out rapping, dancing and doing fashion. After leaving fashion school, she joined a dance group and then started rapping and single. She dropped her first single, "Meu Rap Jazz,"," in 2013 and the song and video became a viral sensation, much in the same way Liniker became famous in 2015. She's also not afraid to share the stage with others—when she's not producing her own music, she's part of the female music collective, Rimas e Melodias, that consists of rappers, singers and dancers.

2017 was Djonga's year. He released his debut, Heresia, which Brazilian Rolling Stone named one of the year's best albums. The hip-hop record not only includes strong commentary on social issues but also promotes black empowerment. The 24-year-old rapper was born in Belo Horizonte in the Favela do Índio. He began his career in the street, participating in poetry sessions, where he his interest in rap grew and he soon began to write his own lyrics. This August, Djonga broke the Internet with a new video, "A Music da Mãe (The music of the mother)." At first glance, the video shows the artist being bum-rushed by fans for photos. However, the video is full of hidden social commentary references in the background.

Bia Ferreira defines her music as MMP: Música da Mulher Preta (Music of the Black Woman). She produces music that emphasizes black consciousness and reflects on racism. She plays multiple instruments but it's her powerful, raw voice on top of an acoustic guitar that brought her fans. Her Sofar Sounds live show went viral earlier this year with the song, "Cota não é esmola (Affirmative action is not alms)," a song that explains why affirmative action is not charity and how black people will have a revolution. The song begins with a guitar-backed spoken word bit by Bia and it ends with her powerful voice singing. It's been viewed more than 3 million times on Youtube. Ferreira says her debut album will drop this November. In the meantime, people will continue to enjoy her Youtube videos and live shows.

On the song "Preta Yaya (Black Yaya)," Xênia Franca sings, "Black music, I am your instrument, I came to serve you." As the verses of "Petra Yaya" suggest, the singer's voice carries the message of the struggle for affirmation within a racist and unequal society. Franca has been making music in São Paulo since 2007 but she only released her first solo album, Xênia, in 2017. The album is a manifesto of the force of the black culture. "Racism taught us that we are not beautiful, that we are not intelligent, that we do not exist for anything other than serving or entertaining," she said in an interview with a local Brazilian newspaper.

Linn da Quebrada (translated as Line of the hood) calls herself a travesti (derogatory term for transgender) and a bixa (fag) on her funk/hip-hop/electronic songs. When asked to define herself, she says she's a "fag, trans, black and from the periphery. I'm not an actor or even an actress, but an atroz. I'm a performer and terrorist of gender." This is part of her appeal—her music and imagery shock you into listening to. She rose to fame using culture shock, playing taboos and deconstructing stereotypes with her own sarcastic style. Her hit "Bixa Preta" (Black Fag) includes gunshots in the refrain, perhaps a direct reference to the fact that Brazil kills the most gays and transgender people of any country in the world. This year she starred in a documentary called Bixa Travesty.