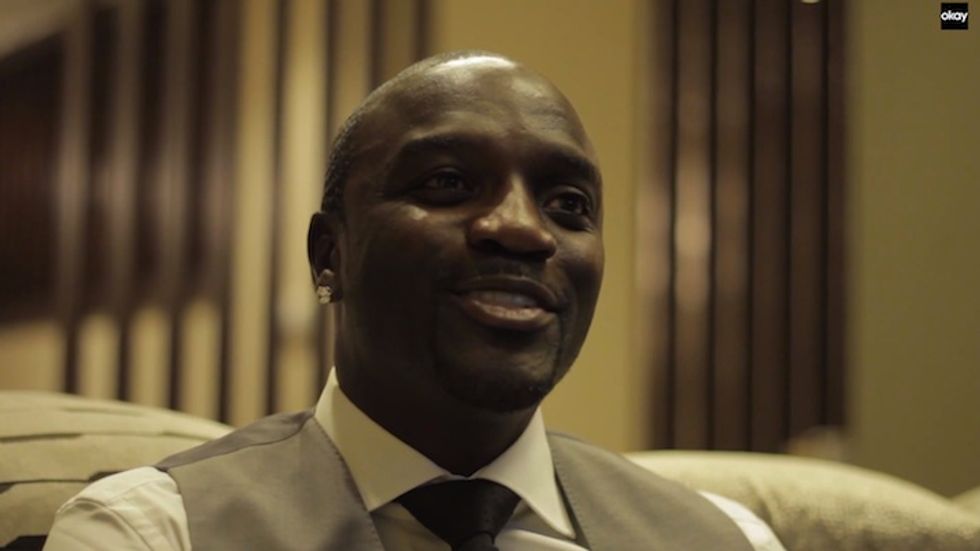 Akon answers 'The Questions' on Senegalese Mbalax, "lighting Africa" and Nigerian pop music in an interview with Okayafrica TV.

When we found out Akon would be in DC during the U.S.-Africa Leaders Summit we knew we'd have plenty to discuss. The son of Senegalese drummer legend Mor Thiam and raised for part of his childhood in the "home of Gorée Island," Akon is undoubtedly a key player in the West African pop music market as both an industry head honcho (his Konvict Muzik imprint represents Naija pop stars P-Square, Wizkid, and 2face Idibia) and a featured artist on some of the biggest Lagos club remixes in recent years, including "Chop My Money" and "Dami Duro." More recently he's launched the Akon Lighting Africa Project with the goal of bringing electricity to one million homes in Africa by the end of 2014. In addition to meeting with leaders in Senegal, Mali, Guinea Conakry, Gambia, Burkina Faso, Equatorial Guinea, Gabon, Congo Brazzaville and Côte d'Ivoire this year, Akon brought his solar-powered initiative to DC for the White House's first ever African leaders summit. It was there that Okayafrica TV had the chance to pick his brain about his Senegalese upbringing and his recent endeavors in West Africa. Like, what music did he grow up on? Who's Senegal's all-time greatest musician? How exactly is he "lighting Africa?" What sparked his interest in Naija pop? Who else from the continent is he looking to sign, and is there even space for Nigerian pop in the American market? Watch Akon answer "The Questions" to these and more in the latest episode of Okayafrica TV.