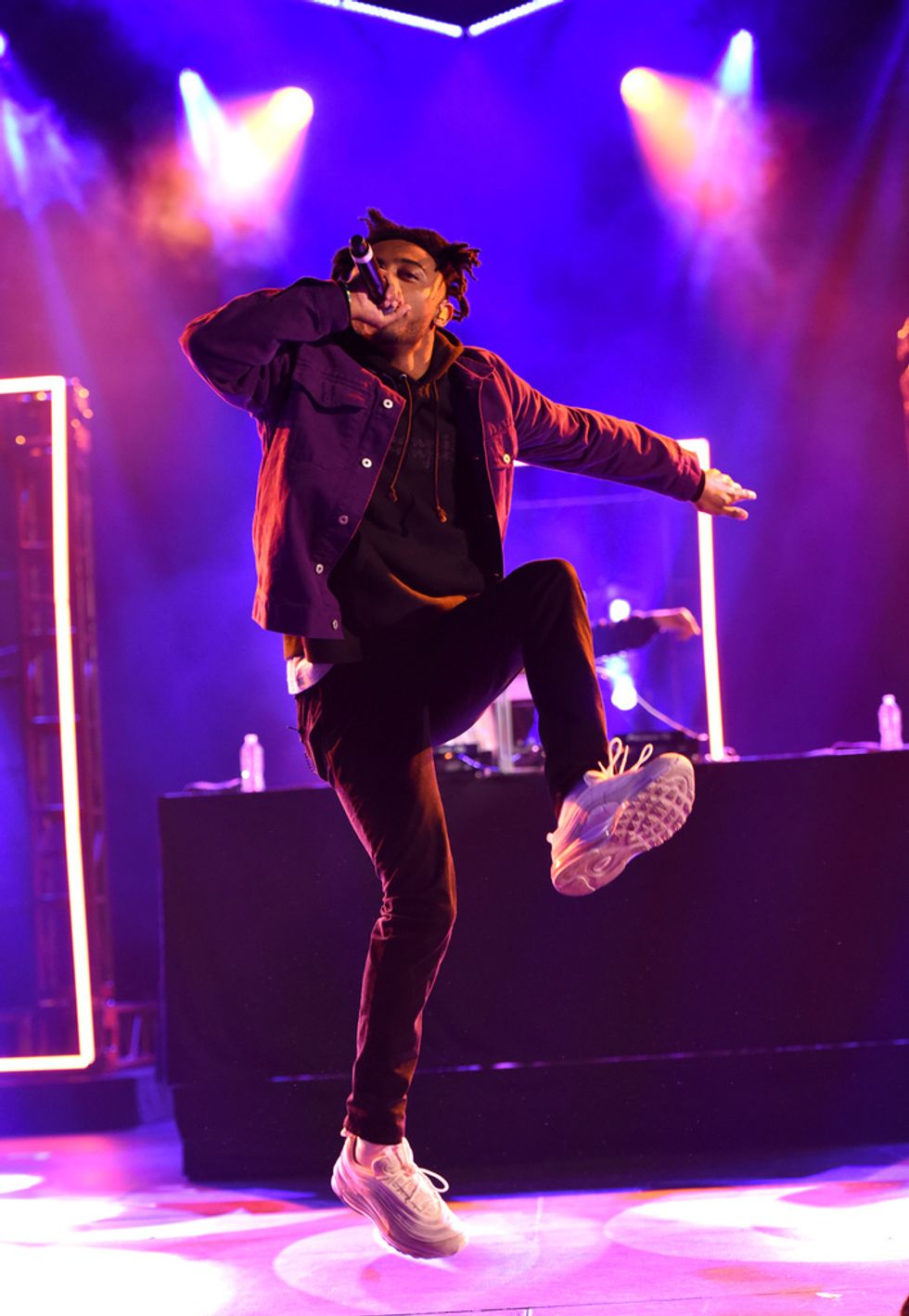 Our favorite new rapper wants Michael B. Jordan to play him in a horror movie

Where were you the first time "Caroline" came on in the club? You remember that moment—in between two paint-by-numbers trap bangers—a kid with a quaver in his voice, hilarious lyrics and minimalist production that quickly brought the whole place down.

Aminé is everyone's favorite new artist. His songs and videos combine a genuinely fresh approach to lyrics with catchy, genre-bending production and a regional accent that's impossible to pin down. The Portland, Oregon born rapper is also proudly Ethiopian-American and has followed up his hit with a string of genuinely original songs with DIY videos to match.

We caught up with Aminé on Saturday at the Vevo Halloween party in Richmond, California where he performed alongside other buzzy acts like Khalid, Julia Michaels and Jessie Reyez.

OkayAfrica: You released the video for "Spice Girl" earlier this month, featuring Mel B herself. If you had to dress up like Scary Spice for Halloween, what would you wear?

Aminé: Definitely the hair things, or I can tie up my hair like her. Damn, I want to wear... plaid. No, not plaid, cheetah print.

Alright, so you have to dress up as Erykah Badu, what's your costume?

That's really funny. I would do a head wrap, a sundress ...

Vintage, yeah. Sundress, and then a men's dress shirt, only super baggy with a Bob Marley tee under. Oh, see I know my Badu.

Who is the most famous person in your phone?

If you're about to die in a horror movie, do you call John Mayer to save you?

Yes, but I feel like he'd think I'm joking.

Who would play you in a movie? A horror movie, where you're again, about to die?

So, you're in a horror movie, again, because it's Halloween. Are you're the first person to die. Are you the one that's fighting it out and making it to the end, or are you the one who's just like, "I'm not built for this. I'm outta here"?

I want to be able to fight to the end, but I feel like they always kill off the black dude. In scary movies, that's a thing. I don't know.

How is being African is a part of your identity, and how does it lend itself to your music?

At every show I have on my tour right now, every show we've got a blob of Africans in the audience. They come, and raise my Ethiopian flag at shows. It feels good. It's just like your own little subculture community to have. I'm proud to be African. I feel like I'm a part of something bigger.