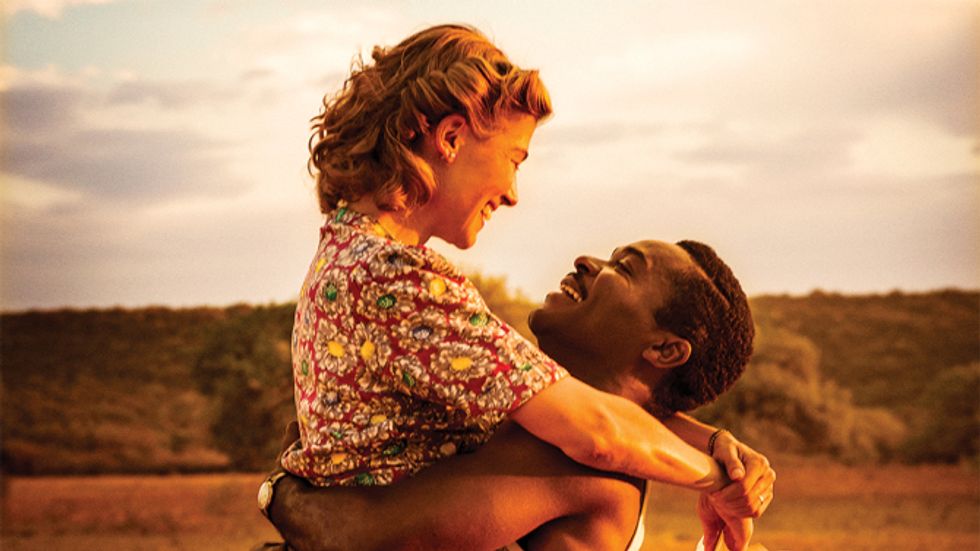 Keep an eye out for Asante, Oyelowo and Moitheri Pheto at tne BFI Awards, which runs from Oct. 5-16 in London.

Film director Amma Asante is living up to her accolades from BAFTA for most promising newcomer for her debut "A Way of Life" and win for her second feature film "Belle," which Gugu Mbatha-Raw won best actress, at the British Independent Film Awards.

Variety reports, Asante has followed up these successes with a third, cause three’s a charm. Her upcoming film "A United Kingdom" has been selected to open the 60th British Independent Film Festival on Oct. 5 at the Odeon Leicester Square. Asante, born to Ghanaian parents who immigrated to London, is the first black woman to have her film open at the prestigious film festival. Yet, another example that 2016 is #PeakBlackGirlMagic.

"A United Kingdom," stars David Oyelowo (could this spell redemption for him after starring in major flop “Nina”?) along with Rosamund Pike ("Gone Girl"). "Mandela" actress Moitheri "Terry" Pheto of South Africa, will also appear. Produced by Rick McCallum of  "Star Wars," it’s a drama based on a true story that focuses on King of Bechuanaland (present-day Botswana) Seretse Khama (Oyelowo) and his controversial interracial relationship with a London office worker, Ruth Williams (Pike), who he married in 1947, despite discouragement from their families and the British and South African governments.

Courtesy of Pathe via Variety

“It’s a great privilege that 'A United Kingdom' has been selected as the opening night film of the BFI London Film Festival,” Asante says, according to Variety. "The festival means a lot to me personally, having showcased my first film, ‘A Way of Life,’ here and been honored with the U.K. Film Talent Award. I’m a proud Londoner, and in 'A United Kingdom' we’ve been able to film in some of the most beautiful parts of the city as well as in the wonderful landscapes of Botswana."

Clare Stewart, London Film Festival director, adds, according to the film's press release: "Amma Asante’s 'A United Kingdom' is testament to a defiant and enduring love story that also reveals a complex, painful chapter in British history. We are proud to be opening the 60th BFI London Film Festival with a film of such contemporary relevance, one that celebrates the triumph of love and intelligence over intolerance and oppression, and that confirms Asante as a distinctive and important British filmmaker."

Asante, Oyelowo and Pike are slated to attend the LFF gala screening, which will serve as the European premiere for "A United Kingdom." So far, the film has distribution in the U.K. and France.

Keep an eye out for Asante, Oyelowo and Pheto at the BFI Awards, which runs from October 5 to 16 in London.