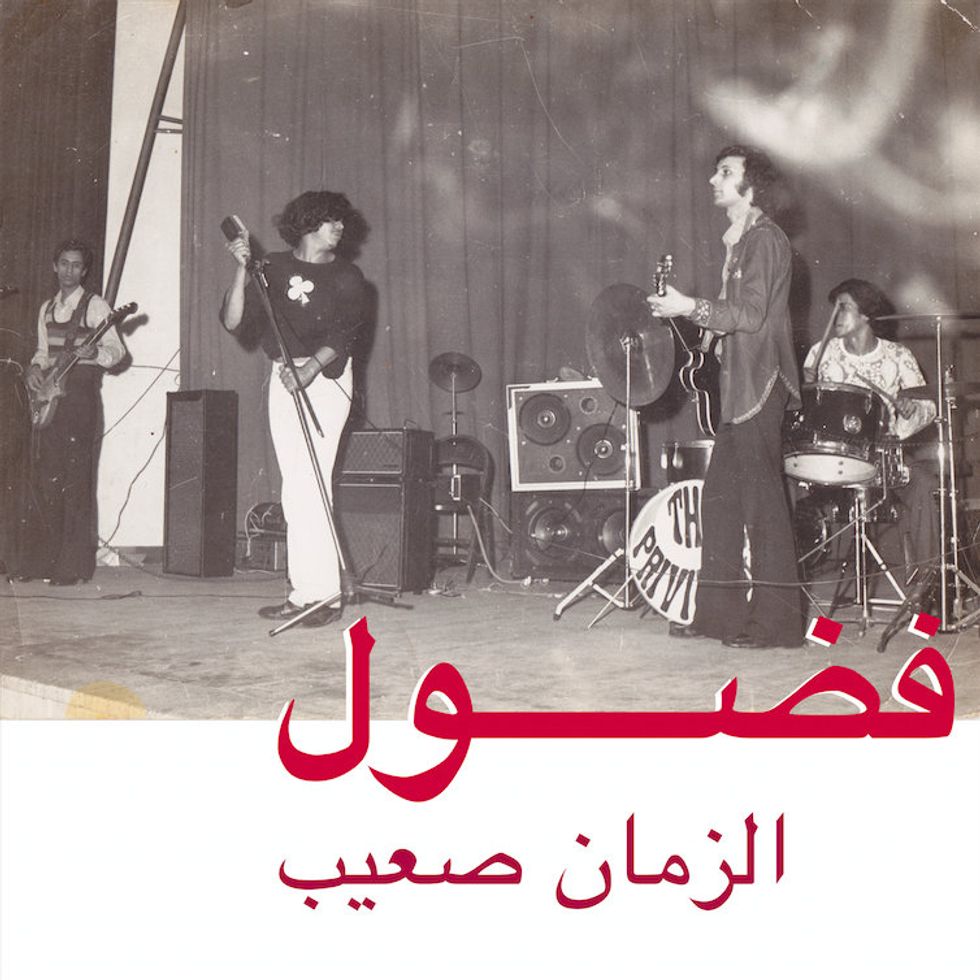 'Al Zman Saib' is a collection of 8 songs from 1970s Moroccan funk artist Fadoul and his three piece band.

The late Fadoul and his accompanying three piece band played energetic & aggressive funk songs in 1970s Casablanca. After a stint in Paris spent soaking up the music of James Brown and other American funk groups, Fadoul returned to Morocco to release records under Fadaul et les Privileges and other monikers.

Al Zman Saib is a collection of 8 songs put together by Jakarta Records & Habibi Funk Records’ Jannis Stürtz after finding Fadoul’s cover of “Papa’s Got A Brand New Bag” in a hole-in-the-wall Casablanca electronics shop. It took Stürtz, who describes Fadoul as “Morocco’s answer to James Brown,” three years to find the singer's family in order to secure the songs and permission to release this record.

“I kept on traveling to Morocco trying to find info about the artist, which did not end up being fruitful during the first couple of trips,” Stürtz mentions. “What kept me going was the fact that over the course of the next years I kept on finding different records by Fadoul… they all had [a] raw sound aesthetic… energetic performances, a mighty voice and a very lively atmosphere that was preserved in the recordings.”

“[In 2014] Another trip to Morocco, countless taxi rides, and numerous phone calls and street conversations later we were standing in front of the house of Fadoul’s family in central Casablanca. We ended up meeting one of his sisters who shared beautiful stories with us about her brother’s life. A creative spirit who painted, played theatre and eventually ended up dedicating most of his energy to music.”