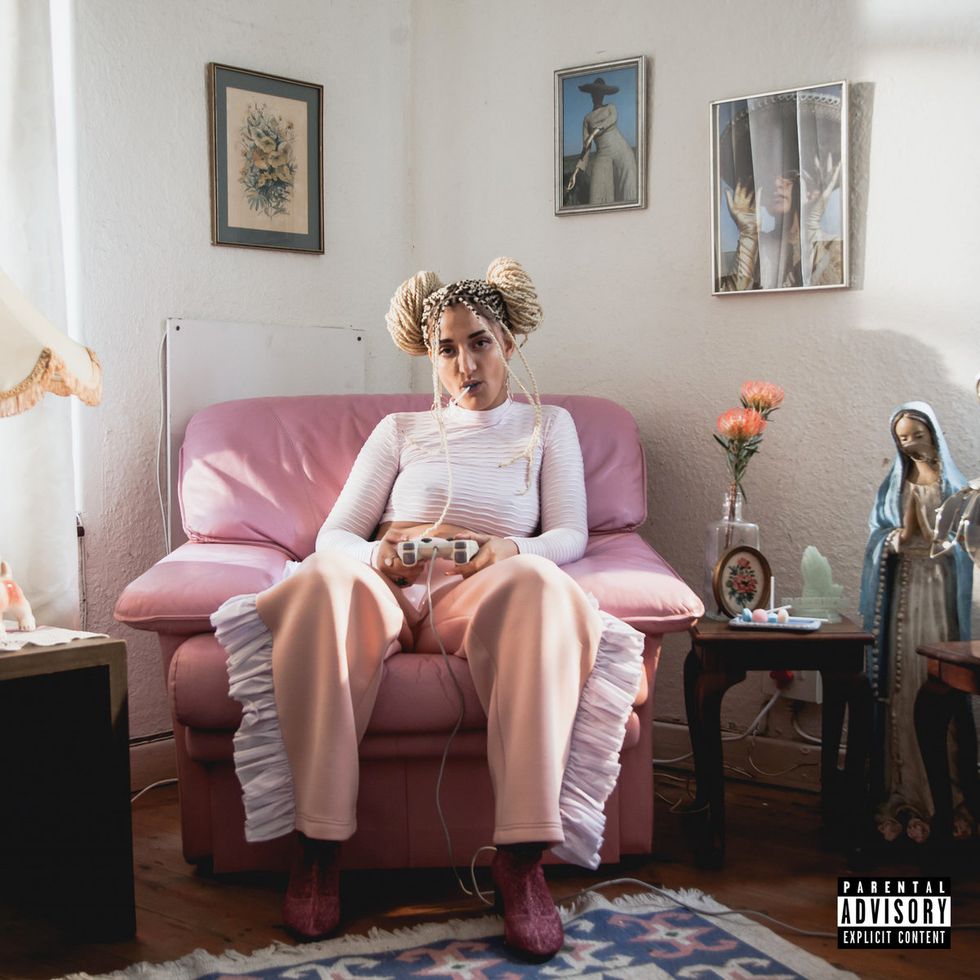 Last week when the nominees for the South African Music Awards were announced, the kwaito category faced a lot of criticism. Many fans felt some of the artists nominated—Busiswa, Trendsetters and others—weren't really kwaito. To each their own. Not many genres still exist as they were when they started anyway.

Kwaito as a pure genre is pretty much dead. But the genre still lives vicariously through other genres. Hip-hop, a few years ago, gave birth to new age kwaito a few years ago with artists like OkMalumKoolKat, Spoek Mathambo, Cassper Nyovest, K.O., HHP and a few more adulterating their hip-hop with kwaito sensibilities.

Batuk, which consists of rapper and producer Spoek Mathambo and vocalist Manteiga, have been taking a lot of influences from kwaito in their music.

Their latest 7-track EP, Move!, carries on that streak. Manteiga's vocals remind me of the female voices that used to make a lot of hits under the label 999. Manteiga is her own character of course, and owns most of the songs on Move!, including the EP's title track.

Most of the songs on Move! are a cross between kwaito and electronica. Songs like "Dala What You Must" and "Niks Mapha" marry electronic music and kwaito perfectly.

The song "Maak Oop Die Boot," is the most kwaito. From the sampling of the adlib from Thebe's classic song "Boola Boot" to Spoek and Manteiga's quintessential kwaito bravado and even the slang and references, this one is straight from the '90s. It's reminiscent of an Arthur Mafokate production.

A house remix of "Move!" closes off the EP. It boasts those loungey pads made popular by the group Brother of Peace in their Project series.

Move!, with all these borrowed influences, still manages to not sound like a rip of old school kwaito. It has its own personality and Spoek and Manteiga should be commended for owning and keeping alive one of the most definitive genres of music in South Africa.

Their upcoming full-length album Kasi Royalty should be a gem, and you'll be the first to know when it drops.