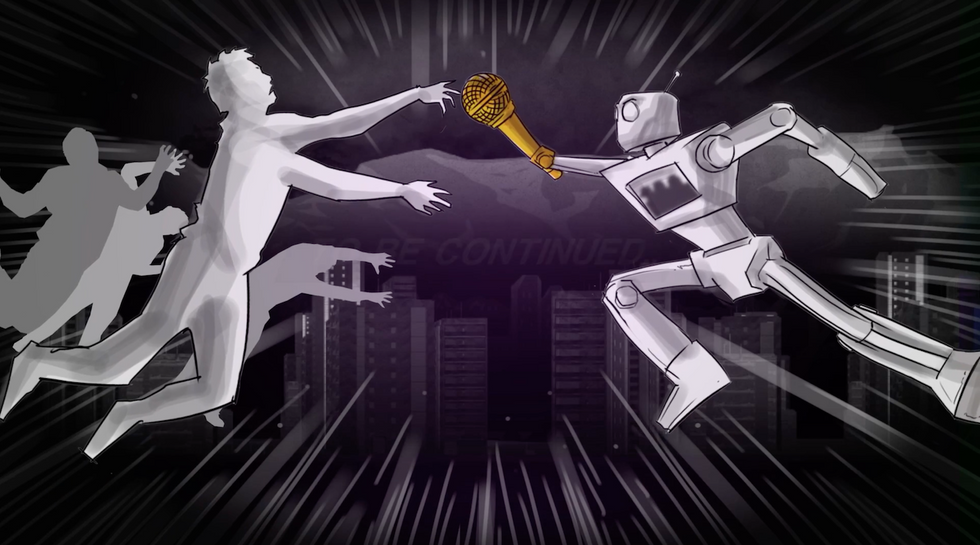 Beat Bangaz and Zubz are here to save Capetonians from trash music.

In the video, the three DJs (E20, Ready D and Azuhl) are on a quest to save Capetonians from listening to trash music, which is making them zombies of some sort who can't think straight. The trio use their DJ techniques. Zubz, who is only introduced towards the end of the video as an animated character, comes through with his 'golden mic attack.'

But just as Last Letta initiates his attack, the video comes to an end, and we are told it will be continued. We hope they stick to that promise because we can't live with the suspense.

The video is directed by the accomplished visual artist Roger Williams, who is responsible for the animation.

Read: Zubz & The Assembly's New EP Is A Much-Needed Dose Of Positivity

The song "Level It Out" is not just a dope collaboration by legends, but legends who are able to keep up with new trends without losing the essence of who they are. Zubz uses the triplet flow, which, though not new, is now a staple in new-school rap. The beat he raps over, which is produced by Ready D, also blends new and old school hip-hop elements.

"Level It Out" will be on the upcoming Beat Bangaz album 7785 Disrupters.

Watch the music video below, and follow Beat Bangaz on Twitter, Facebook and SoundCloud. Be sure to check out Beat Bangaz Radio for your daily fix of varied South African hip-hop.