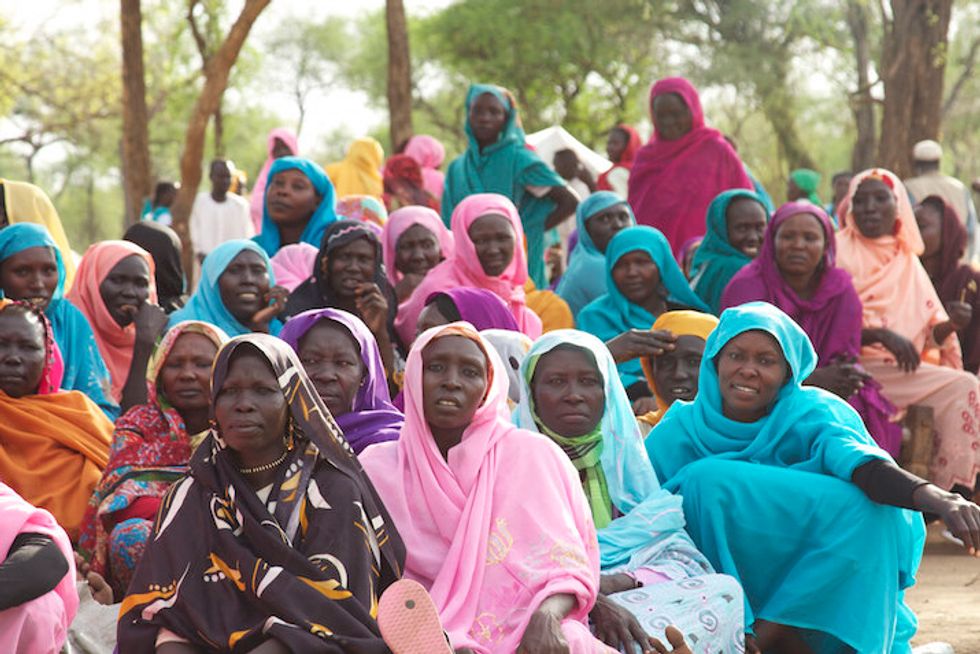 Sudanese director Hajooj Kuka's 'Beats Of The Antonov' documentary on music, identity and war in Sudan is available to watch in full on PBS.

Via 'Beats Of The Antonov': Nuba wrestling match in a refugee camp.

Beats Of The Antonov, Sudanese director Hajooj Kuka's feature documentary on music, identity and war in his home country, made its online debut on PBS last week. The film, which won the People's Choice Documentary Award at the 2014 Toronto International Film Festival, documents the daily lives of the people of the Blue Nile and Nuba Mountains in Sudan during civil war. Reads a description on PBS:

"Sudan has been in an almost constant state of civil war since it achieved independence in 1956, and it split into a pair of sovereign states in 2011. On the border between the two, Russian-made Antonov planes indiscriminately drop bombs on settlements in the Nuba Mountains below. Yet, incredibly, the people of the Blue Nile respond to adversity with music, singing and dancing to celebrate their survival. Beats of the Antonov explores how music binds a community together, offering hope and a common identity for refugees engaged in a fierce battle to protect cultural traditions and heritage from those trying to obliterate them."

Kuka shed some additional light on his film in an interview with PBS:

"Beats Of The Antonov is about music, identity, and war. The film takes us through understanding the ongoing war in Sudan, this civil war that's been on all my life, since before independence in '55 when it started, and explains why there is a constant state of war, and it uses music to show you that. Music has the power to heal the people. So it's used by people to heal, for the community to thrive and stay, to celebrate their life. It's a celebration of life. And at the same time, music, because the film talks about how the core reason for the war is identity, music is the best thing to show a person's identity, and at the same time, to give it on to the next generations."

Beats Of The Antonov is available to watch in full via PBS until September 2. Keep up with the film on Facebook.

Via 'Beats Of The Antonov': Sudanese women gather in a refugee camp community center.