Beyoncé Enlists African Artist and Producers for 'The Lion King: The Gift' Album 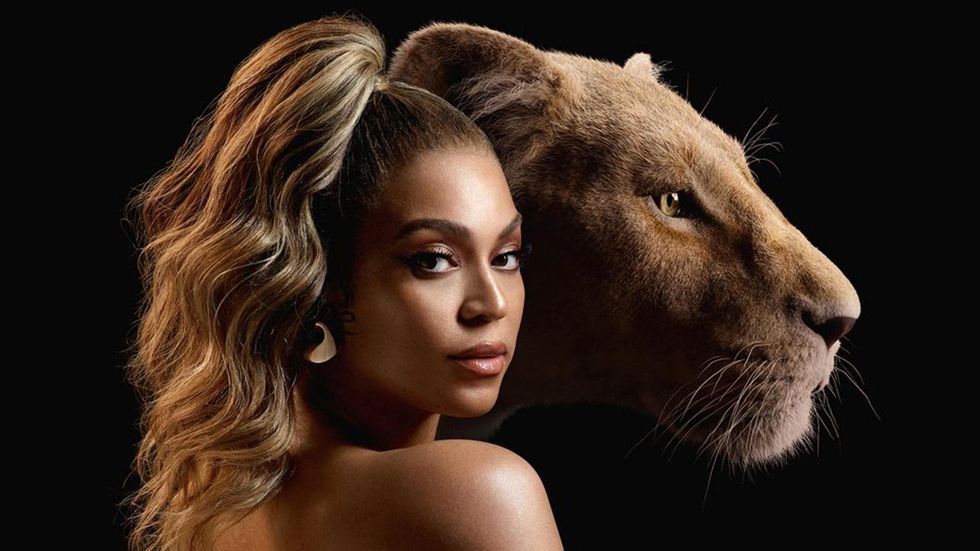 The upcoming album, curated and produced by Beyoncé, is "steeped in African influences from various corners of the continent," says Disney.

The wait for Disney's live action remake of The Lion King is almost over. Ahead of the film's release next week, Disney has announced that none other than Beyoncé, the voice of Nala, is producing and curating the film's album The Lion King: The Gift, which will feature African artists and producers, according to the studio.

"With The Lion King: The Gift album, Beyoncé curated a masterful recording, a robust soundscape bringing together some of her favorite artists with the most talented and important African artists of the day to both pay tribute to the iconic film and bring the authentic sounds of African music to the world," Disney tells Shadow & Act. "[It features] a beautiful, multi-genre symphony, steeped in African influences from various corners of the Continent, with unexpected collaborations, pulsating rhythms and crisp production that celebrate the African diaspora. This love letter to Africa highlights the setting of the film, rooted in African culture and wondrous narratives"

READ: Here's Every African Designer Beyoncé Wore During Her Trip to South Africa

While details of specific artists and producers featured on the album are scarce, Beyoncé herself, shared a similar sentiment about the project in a statement, describing the album as "sonic cinema," and emphasizing its cross-genre influence:

"I wanted to do more than find a collection of songs that were inspired by the film. It is a mixture of genres and collaboration that isn't one sound. It is influenced by everything from r&b, pop, hip-hop and afrobeat. Each song was written to reflect the film's storytelling that gives the listener a chance to imagine their own imagery, while listening to a new contemporary interpretation. It was important that the music was not only performed by the most interesting and talented artists but also produced by the best African producers. Authenticity and heart were important to me.

The singer has released the song "Spirit," which is the first single from the album. "Spirit" opens with lines sung in Swahili: "Uishi kwa mda mrefu mfalme," sings one voice, with another responding "uishi kwa." As noted in BBC Africa, the phrase means "Long live the king." The song will appear during one of Nala's scenes in the film. Listen to it below.

Spirit (From Disney's "The Lion King")www.youtube.com

The full tracklist will be shared ahead of the album's release, according to Shadow & Act. We're excited to see which of the continent's many talents are featured on the project.

Disney will also release the original soundtrack for the film on July 11, which will feature Beyoncé and Childish Gambino's rendition of 'Can Your Feel the Love Tonight," as well as productions from Pharrell, Hans Zimmer, Elton John and more.

The star-studded Hollywood premiere of the film took place last night, and initial reactions have been notably positive.The Lion King stars Chiwetel Ejiofor, Donald Glover, James Earl Jones, Seth Rogen and more. Both the film and album are set to be released on July 19.