Before You Watch 'Black Panther,' Get Familiar With T'Challa's Royal Family Tree 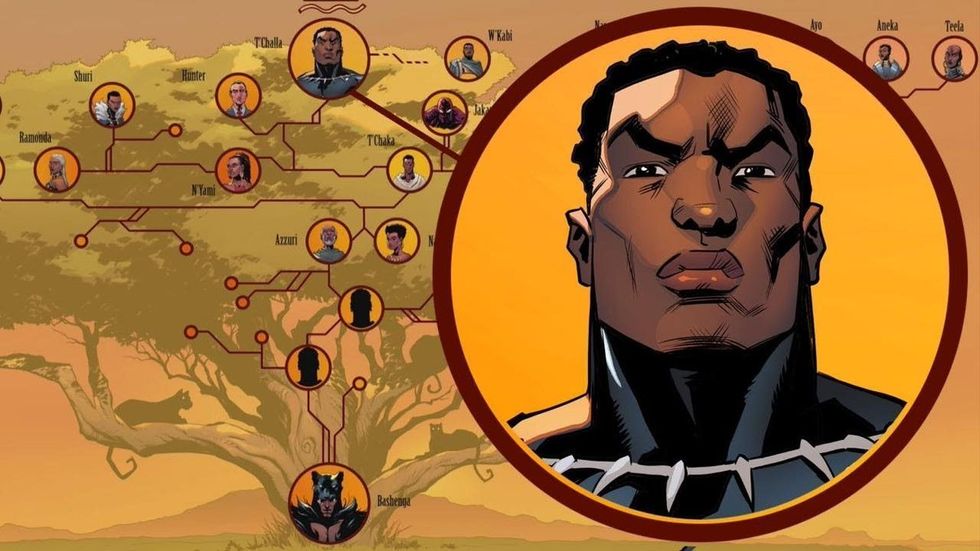 A new video from Marvel breaks down the superhero's rich family history.

Happy Black Panther Day, folks! The day we've been waiting for is finally here and we couldn't be more excited.

If you haven't quite seen the movie yet, or are still picking out the perfect outfit, here's something that can give you more insight into T'Challa's character before you view the movie.

The good folks over at Marvel have released a video, breaking down T'Challa's complex family line. It's the perfect intro for those unfamiliar with the comics.

In the short clip, the suerhero's family history is broken down over several generations, with his bloodline being traced all the way back to a man named Bashenga, the first man to assume the role of the Black Panther.

You'll see some familiar faces like tech maven and sister to T'Challa Shuri, warrior Okoye the head of the Dora Milaje played by Danai Gurira and Nakia the goodhearted spy played by Lupita Nyong'o in the film.

You'll also learn about some of his ancestors and more distant relatives.

While the new film introduces us to the world of Wakanda, It's quite intriguing to see how much time and detail has been put into developing the backstory even before the film came about.