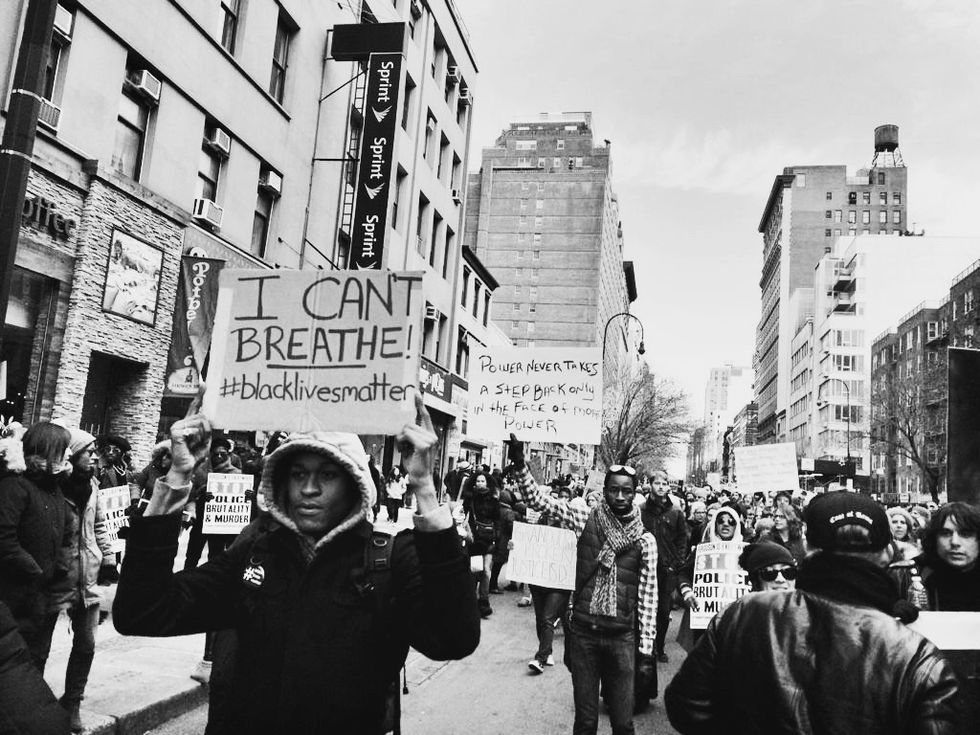 Zanta Nkumane on why he can't watch another video of black suffering.

The recent killings of Philando Castile and Alton Sterling in the U.S. sparked outrage from across the world, and rightfully so. In typical fashion, thanks to the digital age we live in, these horrific killings were caught on camera. But as I watched the footage of Philando Castile, I had a sudden realisation: I can’t watch another one of these videos.

I understand the motive behind sharing visual evidence of American society’s undeclared pandemic, the murder of black people – mainly at the hands of law enforcement. The world deserves to know what is happening. It’s an issue that affects all of us. The universality of blackness means we all share in the pain.

And when black people share these videos, their intention is of course not meant to hurt other black people. It’s to create awareness and, hopefully, protest against the senseless violence directed at black bodies. The videos have forced us to become even more conscious of our blackness in this white patriarchal world. And while here in South Africa there hasn’t been a strong campaign focused on race issues like #BlackLivesMatter in the U.S., what the videos have done is open up the discourse about race. Black South Africans are finally speaking out and challenging the racial issues of “post-apartheid” South Africa.

An image of Eric Garner's eyes by the street artist JR at the Millions March NYC of December 2014.

Looking at recent years, perhaps the most discussed incident of police brutality was the chilling Marikana massacre, in which South African Police opened fire on striking mineworkers in Marikana, leaving 34 mineworkers dead and 78 wounded. There was also the vicious murder of Andries Tatane, a 33-year-old black South African man, during a service delivery protest in 2011, in which Tatane was beaten and shot by the police for attempting to stop law enforcement from using water canons to disperse the crowd.

Across the whole continent, we’ve witnessed instances of brutality at the hands of those meant to protect and keep order in society. In Kenya, in May 2016, police repeatedly kicked an apparently unconscious man who lay on the ground after tripping while attempting to flee from the police during a demonstration which he said he was not involved in.

Blackness is tethered to some form of pain. The structural autonomy of whiteness seems to derive a warped pleasure at seeing black pain shared. We may spend hours protesting, writing inspired Facebook statuses and retweeting “woke” threads, but the change is not happening fast enough. We are yet to see tangible results. Where are the laws against hate crimes? Where is the justice for the slain black men, women and children?