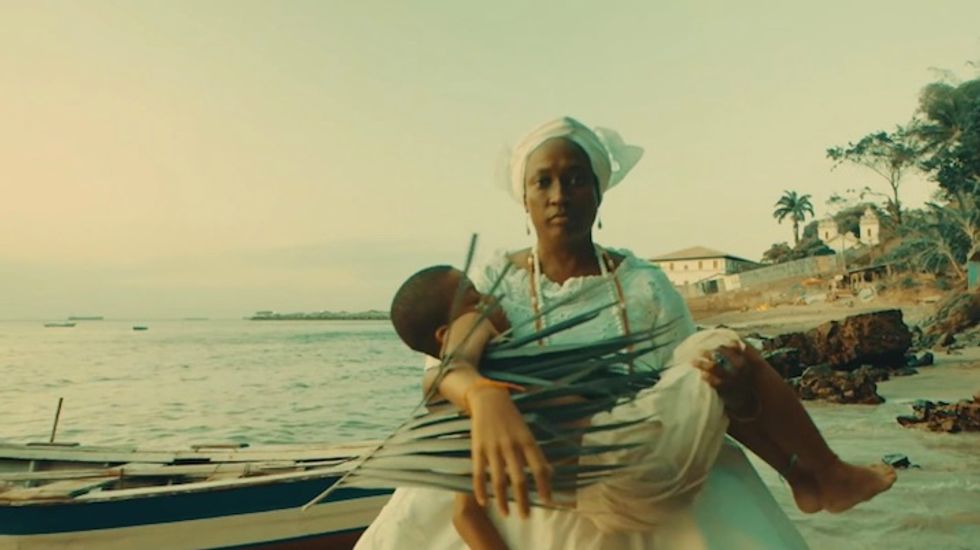 For the final installment of his Diasporadical Trilogia, Ghanaian-American emcee Blitz The Ambassador heads to the heart of Afro-Brazilian culture: the beautiful seaside city of Salvador in the northeastern Brazilian state of Bahia.

The gorgeous self-directed music video for "Running" explores the state of African spirituality in Brazil, with Blitz himself playing the role of a priest.

“Steeped in the world of magical realism, ‘Running’ is a story of community in Salvador, Bahia threatened by gentrification,” Blitz explains in a video synopsis sent to Okayplayer. “As the demolition team make their way to an old woman’s house to tear it down, she is protected by her Orisha’s.”

Watch Blitz’s latest video for “Running” below. For parts one and two in the Diasporadical music video series, check out his previous clips for “JuJu Girl” and “Shine.” Blitz’s Diasporadical EP officially arrives in March.