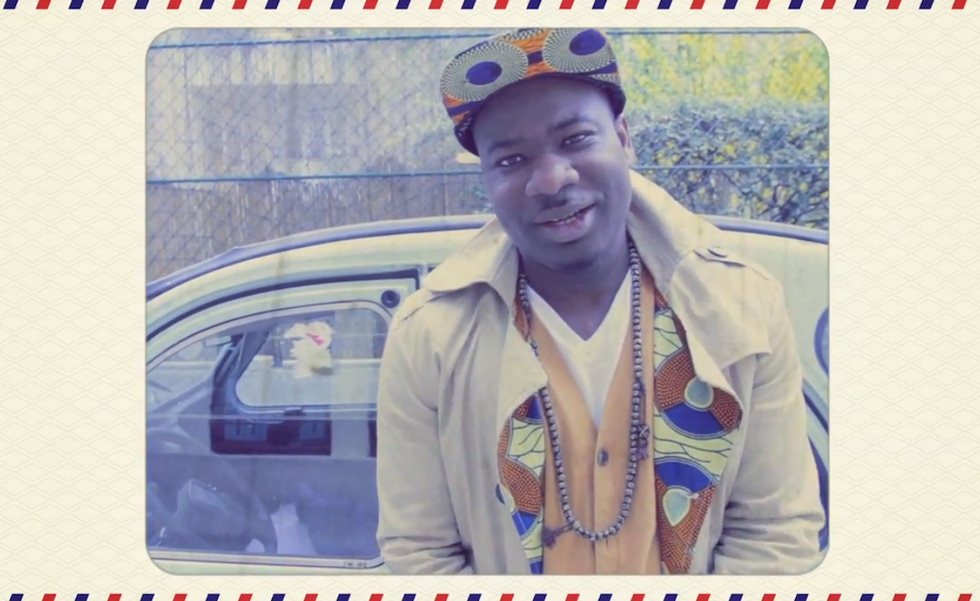 Blitz the Ambassador meets with Sierra Leonean songstress Mariama on her 'Take Me to Paris' series. The two discuss art and play a cover of "Soul Rebel."

Taking a break from being an "African in New York," Blitz the Ambassador's travels recently led him to Paris, where the Ghanaian emcee met with Sierra Leonean-born songstress and host of Take Me To Paris, Mariama. The fourth episode in the short video series finds Blitz and Mariama at Le Comptoir General, a museum dedicated to the former French colonies– specifically how the French government continued to interfere with their independence. The clip's first half sees the two discussing the correctness (or lack of) the term "ghetto art" and lessons that the music community could (or might not need to) learn from the World Cup. The Parisian soiree closes out with a take on Bob Marley's classic "Soul Rebel," which Blitz lends some rhymes on. Watch the talk and acoustic session below.