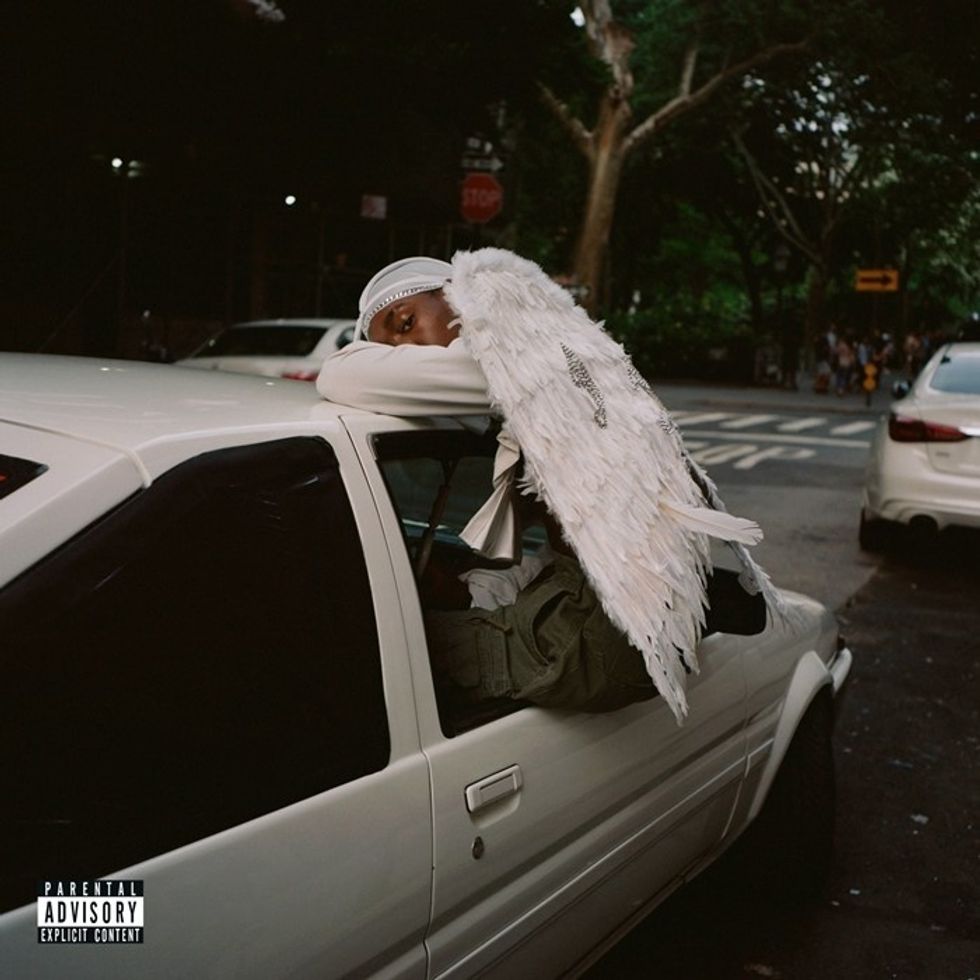 Negro Swan is on the way.

Dev Hynes has announced the follow-up to 2016's Freetown Sound. His new full-length album as Blood Orange is titled Negro Swan and will come out on August 24 via Domino.

"My newest album is an exploration into my own and many types of black depression, an honest look at the corners of black existence, and the ongoing anxieties of queer/people of color," Hynes mentions in a statement.

"A reach back into childhood and modern traumas, and the things we do to get through it all. The underlying thread through each piece on the album is the idea of hope, and the lights we can try to turn on within ourselves with a hopefully positive outcome of helping others out of their darkness."

Hynes has shared the album's cover art (above), as well as a teaser video you can watch below.

While Blood Orange's previous album, Freetown Sound, delved into his background and his Sierra Leonean and Guyanese parents, he's previously mentioned to Pitchfork that his new album will "deal with growing up and childhood in England."

Watch the teaser and see his tour dates listed underneath.