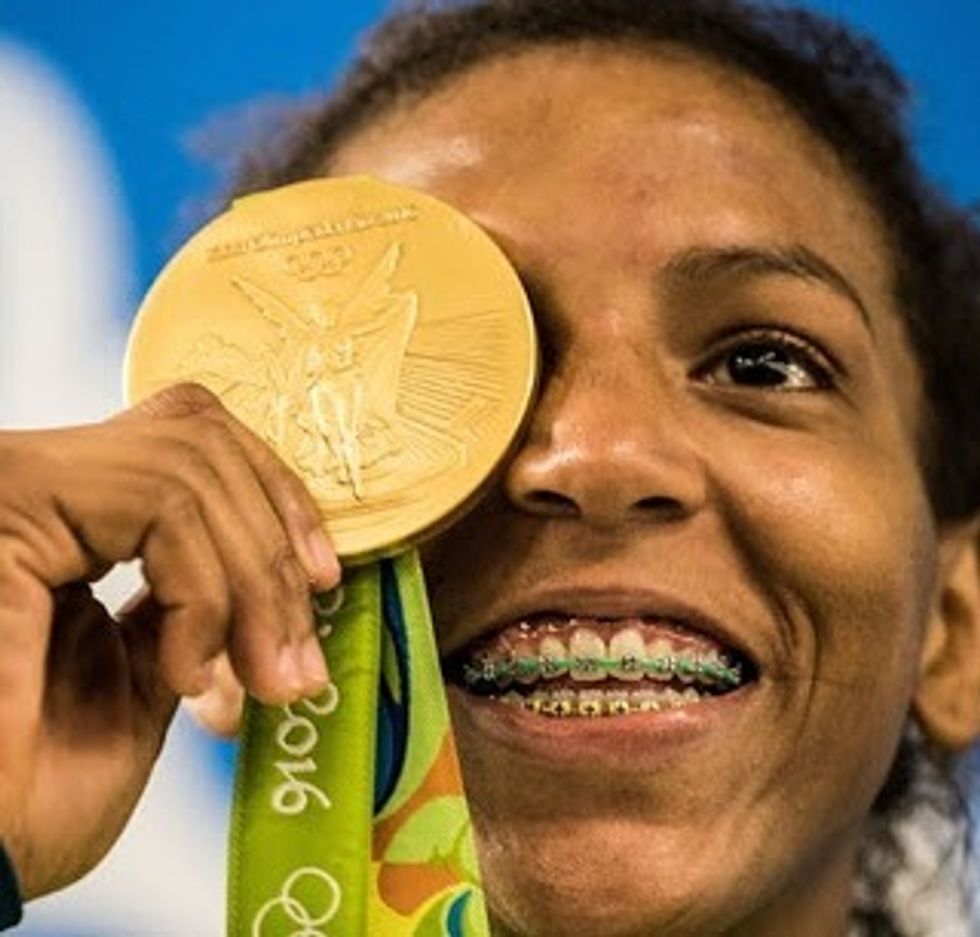 Rafaela Silva took a moment to address racist trolls from the London games during a post-victory press conference last week.

For Judoka Rafaela Silva, winning Brazil’s first gold medal at Rio is a testament to overcoming the wave of racist comments directed at her by fellow Brazilians on social media after London 2012.

Silva, who is Afro-Brazilian, grew up less than 10 miles from the Olympic stadium in the notorious City of God favela. Last Monday, she dominated her Mongolian opponent Sumiya Dorjsuren—ranked the number one fighter in their weight class—to win the gold.

Growing up as a queer black woman from the slums, at the intersection of Brazil’s most marginalized communities, Silva has certainly beaten the odds stacked against her.

"If you are black, people in the street look at you with suspicion. If you go by someone they move their wallet away," the new Olympic champion explains.

Silva’s moment of triumph served as the ultimate clap back to the racists who had called her “a monkey” after an illegal hold in a second-round match disqualified her from the London games. Their trolling caused Silva to spiral into a depression and nearly bow out of judo altogether.

A self-assured Silva took a moment to snatch the edges of her haters during a post-victory press conference, saying:

I want to show those who criticized me in London who said I was an embarrassment to my family that a monkey belongs in a cage and not in the Olympics, now that monkey who was supposed to be in a cage in London is out of the cage, and is Olympic champion here in Rio de Janeiro.