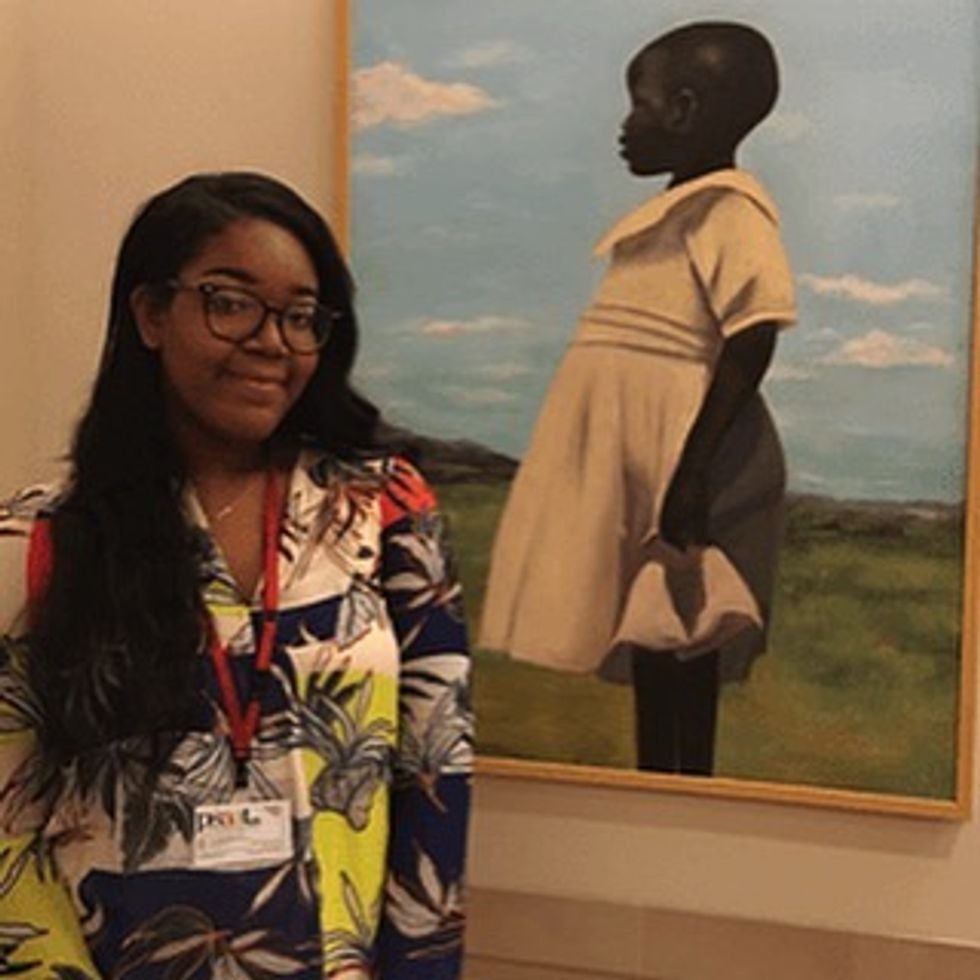 “I’ve been told that I’m inspiring young artists all around the world and that’s amazing.”

Little did 18-year-old Cliffannie Forrester know that a rediscovered photograph of a little girl captured during a mission trip to Uganda would help her accomplish one of her dreams.

Buzzfeed reports, one of Forrester’s teachers at New York’s High School of Art and Design encouraged her to transform the snapshot into this work of art, and enter it into the P.S. Art competition that selects pieces to be displayed at the Metropolitan Museum of Art in NYC that has millions of visitors from around the world.

WHO JUST COMPLETED THEIR LIFE GOAL AT AGE 18? ME. AS OF 6/14/16 MY PIECE IS IN THE METROPOLITAN MUSEUM OF ART. pic.twitter.com/18ejqWmhvV

The teenage Brooklynite’s artwork Ugandahas been selected as one of the winners, and has earned her a $1,000 scholarship.

Forrester tweeted about her accomplishment, and as Twitter always loves an inspiring story, it has gone viral, receiving more than 39,000 retweets and 85,000 likes, so far.

As if that wasn’t enough good news, she has received word that Uganda will be on display in Times Square as well.

“My next goal is to get another piece in a museum. I never want to give up my work,” Forrester says, who has plans to enroll at the Fashion Institute of Technology, where she will major in Fine Art.

People think I'm stopping here bc I achieved my ultimate goal... Lol, I'm getting another piece in the MET one day & nothing will stop me.