You Need to Hear Burna Boy Jump On 'Barking' 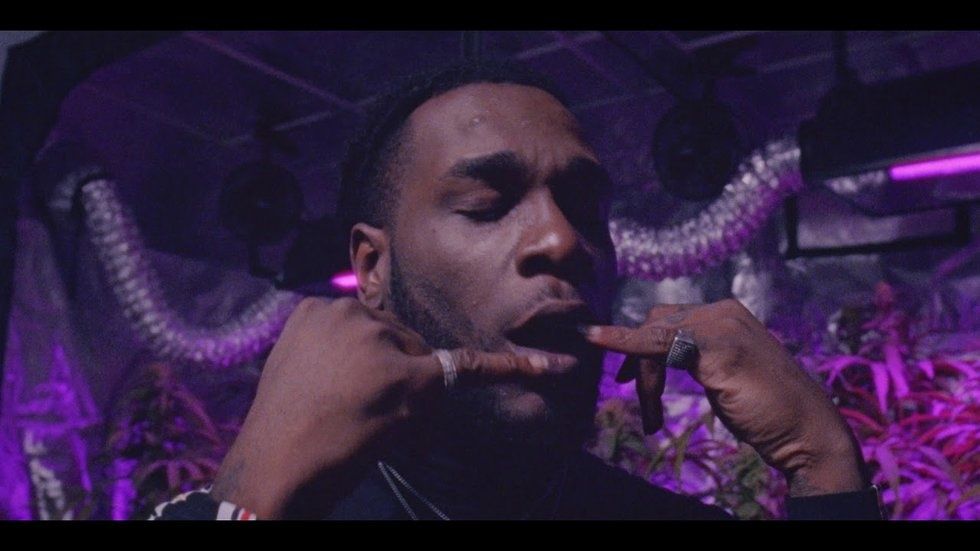 Burna takes on the UK hit from Ramz.

Burna Boygave his own spin to Ramz' "Barking," one of the massive singles coming out of the UK this year.

The Nigerian afrofusion star recently recorded an in-studio version of the hit, which he injects with a smoke-filled vibe. Throughout the edit Burna delivers dark lines that stick with you like "slice the side of man's face like a parting." He also tries on 50 Cent's "Many Men" flow for a short bit.

Burna Boy linked up with the UK's GRM Daily to deliver the in studio cover, which you can check out in full below.

The Nigerian artist has been at it these days. He recently dropped "Baba Nla" alongside a top-tier cast of D'banj, 2Baba and Larry Gaaga. And also finally released the music video for "Ye" that we'd all been waiting on.

Watch Burna's take on "Barking" below. It's fuego.