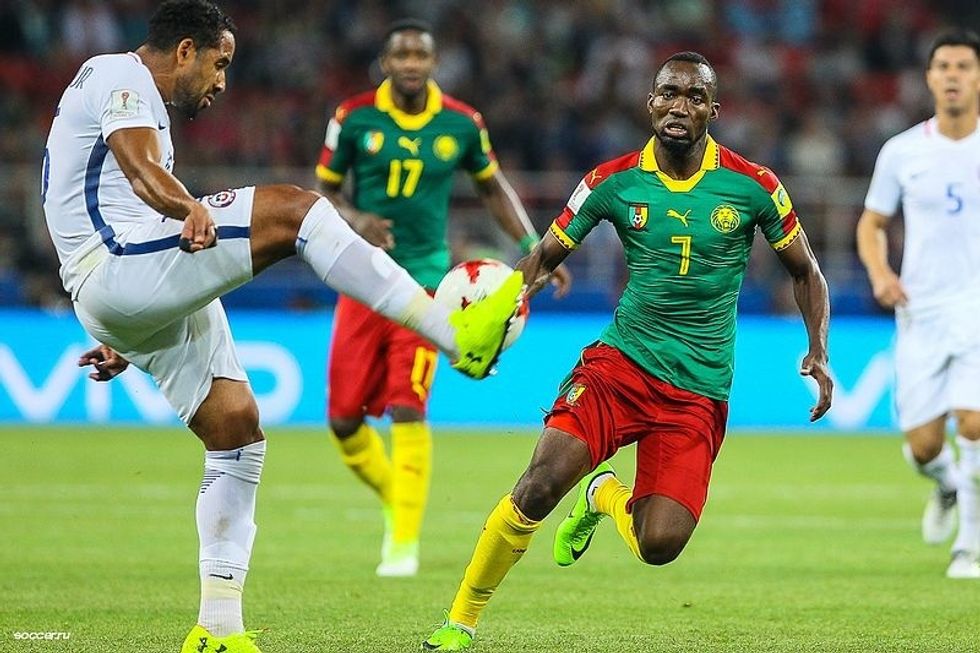 Cameroon vs Chilé at the African Cup of Nations 2017. Image via Wikimedia.

Football officials say the country failed to prepare for the tournament in time.

Cameroon will no longer be the site of the continent's biggest football tournament in 2019, as The Confederation of African Footbal (CAF) has moved to strip the country of its hosting duties for next year's Africa Cup of Nations, reports BBC News.

After meeting for 10 hours in Accra on Friday, it was decided that Cameroon had been behind in making proper arrangements to prepare for the tournament, which is set to take place in June and July of 2019. Cameroon won the tournament in 2017.

"A number of compliance conditions have not been met" said CAF in a statement, adding that it did not want to expose the Cup of Nations to "any issues that could impact on the success of the most prestigious African competition."

The Confederation of African Football announce that #Cameroon will no longer host the Africa Cup of Nations 2019 to… https://t.co/RwVgeCgaIa
— Samira Sawlani (@Samira Sawlani) 1543604280.0

A new host country is yet to be announced. CAF president, Ahmad Ahmad stated that a new biding process will be opened, and that countries have until December to bid, reports The Guardian.

According to BBC Sport, however, both South Africa and Egypt are both under consideration.

The Africa Cup of Nations was hosted in Morocco this year, after Kenya, where it was originally slated to take place, experienced similar delays in prepping for the tournament.

The committee did not make known whether the current crisis taking place in English-speaking regions of Cameroon had any bearing on their decision.