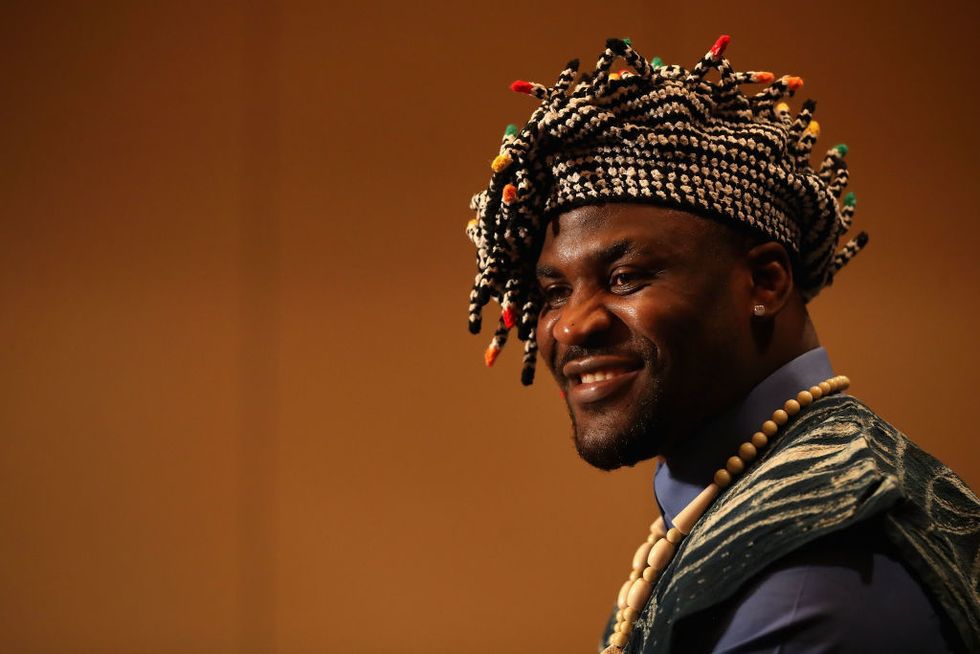 "The Predator" will be the third UFC fighter to make an appearance in the blockbuster franchise.

This Cameroonian UFC fighter will be making his first movie appearance in the next installment of Fast & Furious, Deadline reports.

Francis Ngannou will be playing a character that has yet to be announced in the ninth Fast & Furious movie—the third UFC fighter to join the blockbuster franchise. The film is set to be released May 22, 2020.

Known in the ring as "The Predator," he currently ranks second in the heavyweight division, Deadline adds.

The future is in the made!!! Fast and furious nine will be my first movie appearance and I can't wait for this🤩. https://t.co/VkTzQWCfsa
— Francis Ngannou (@Francis Ngannou) 1565865420.0

The fighter, 32, was born in Batié, Cameroon and chose to pursue boxing in lieu of his father's bad reputation of being a street fighter. After struggling to make ends meet with little formal education, Ngannou made his way to Paris, France to pursue professional boxing. After a stint of homelessness, he met MMA fighter Didier Carmont, who took him off the streets and introduced him to mixed martial arts. Once Carmont helped him get back on his feet, he was introduced to his first trainer,Fernand Lopez.

Ngannou was recently deemed to have the most UFC finishes in the heavyweight division after defeating Junior dos Santos with a 71 second knockout. Previously, he knocked out CainVelasquez—MMA Legend and former UFC Heavyweight Champion—in 26 seconds at the UFC's inaugural fight on ESPN in Phoenix, Arizona.