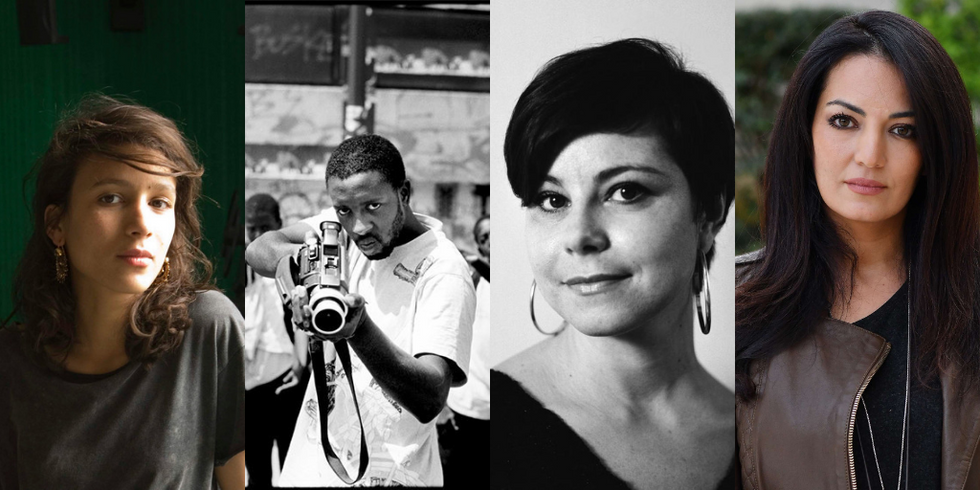 Senegalese-French filmmaker Mati Diop and Mali's Ladj Ly are the only Africans featuring their work in the Competition program.

The 72nd Festival de Cannes returns in May to continue its mission to draw attention to and raise the profile of films on an international level. The festival announced the official lineup Thursday, where we found only four African filmmakers set to present their work at the festival's various programs.

Mati Diop, Senegalese-French filmmaker and the niece of Touki Bouki's Djibril Diop Mambéty, as well as Malian filmmaker Ladj Ly are the only Africans set to enter their films in the Competition program.

Diop will be presenting her feature film directorial debut Atlantique at Cannes. According to Indie Wire, this makes her the first black woman in the festival's 72-year history to be selected in the program. All eyes will be on her at Cannes this year—learn more about her career here.

Yes! Very excited about this. Wish I was there to watch her enter the theater as everyone rises to their feet for h… https://t.co/g7EBHvRUti
— Ava DuVernay (@Ava DuVernay) 1555581562.0

Ly will be presenting Les Misérables, a film based on 2005 police violence in his French neighborhood of Cité des Bosquets in Clichy Montfermeil. Ly is also an actor and the director of the Kourtrajmé collective.

Two directors with roots in North Africa will be presenting films in the Un Certain Regard program—Algeria's Mounia Meddour with Papicha and Morocco's Maryam Touzani with Adam.

Meddour moved to France at 18 after her formative years in Algeria due to threats her family received during the Algerian Civil War. With a background in journalism and film, she landed her first award-winning short in 2011 with Edwidge.

Touzani was born and raised in Tangier, Morocco and is also a screenwriter and an actor. Working alongside her filmmaker husband, Nabil Ayouch, Touzani takes on sexuality, women's rights and even questions the makings of a conservative society through her work.

Stay tuned for more Cannes updates—and visit their website for more information about this year's festival.