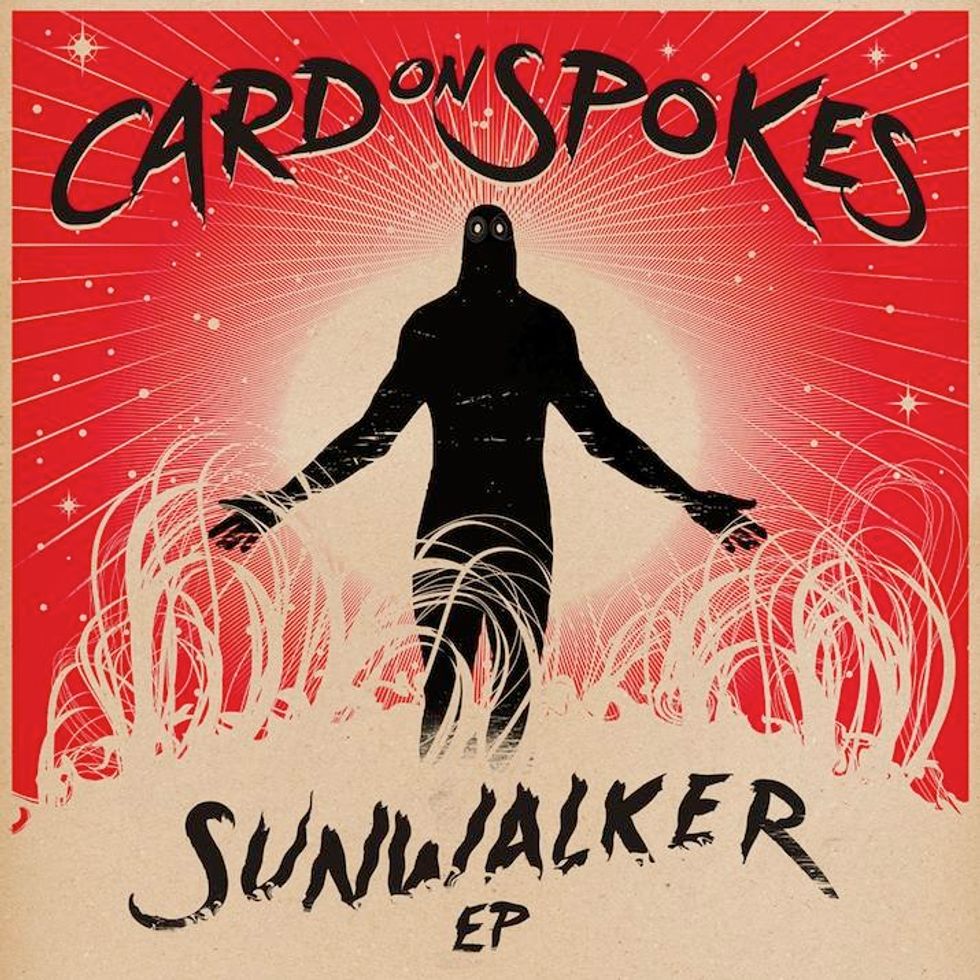 In March we premiered the second track off Card On Spokes' Sunwalker EP. “Shine Through” saw the Cape Town-based producer team with South African vocalist Bonj Mpanza for five minutes of spirally synth and future-sounding electro-soul. The track came on the heels of "On The Low," a stunning electronic-rap head-nodder featuring Okmalumkoolkat and Nonku Phiri.

Last week Card On Spokes shared the full release. “It’s a 5 track EP made up of 3 vocal features including ‘On The Low‘, and 2 instrumentals,” he previously told Okayafrica by email. “I wrote it over the last year. The music was inspired by lucid dreams, parties in Joburg, and the moments in between the chaos in Cape Town and the Eastern Cape. I’m super excited to be putting out my first official release since 2013."

To coincide with the full release, the EP's title track is available for streaming via SoundCloud. According to Card On Spokes, "I wrote the title track Sunwalker with Bonj at a time I was listening to a lot of the Hiatus Kaiyote album Tawk Tomahawk. Bonj had actually turned me onto the band's music before they played in Cape Town last year, and I totally flipped out after seeing their live show. I was hyper inspired by Nai Palm's imaginative lyrics and sense of imagery," he wrote over email. "Bonj and I worked on the lyrics for Sunwalker together, aiming to tell the story of this elusive, mythical, magical being in a very visual way. I like to think of music videos when writing lyrics, and we really enjoyed creating this snippet of the world that the Sunwalker lives in. In terms of production I wanted a sort of techno-like pulsing rhythm from layered Moogs, with a strong/slow 4-to-the-floor kick drum, and moving from simple harmonies in the verses to more lush harmonies in the choruses to open it up. At the end there are touches of distorted Rhodes phrases coming in, which I love blending with colder synth tones."

Sunwalker is out now on Naas and available for purchase on iTunes. Listen to the title track below.