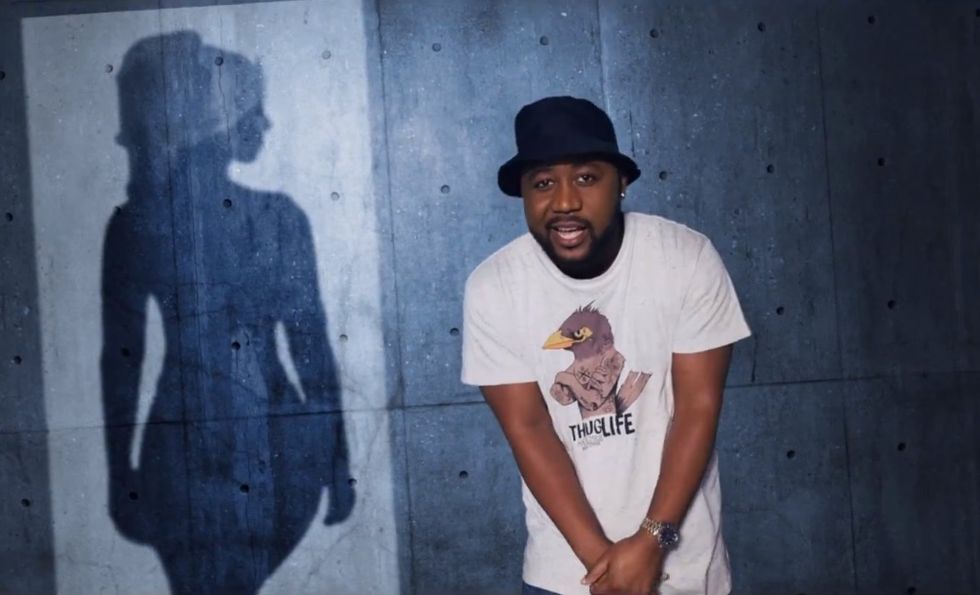 We look back at South African rapper Cassper Nyovest’s best songs to date.

When Cassper Nyovest filled up the Ticketpro Dome last October, he made history as the first South African artist to sell out the 20,000-capacity Johannesburg venue.

In the four years since he appeared on HHP’s song “Wamo Tseba Mtho,” the 25-year-old rapper from Mafikeng has collaborated with the likes of The Game, Talib Kweli and Casey Veggies. His beef with AKA is the biggest South African hip-hop has ever seen. And he also runs his own label, Family Tree, which has signed young talent like Nadia Nakia and Tshego.

Recently, he made headlines around the world after he claimed to be the first artist to use a floating stage. (Kanye West, in a rant during a show, complained that rappers were biting his style and using floating stages after him.)

Nyovest’s rise to the top has been nothing short of amazing, and he keeps on picking up accolades.

This Saturday, he’ll attempt to make history once again by filling up the 40,000-capacity Orlando Stadium. Love him or hate him, Cassper Nyovest is already a legend. Here’s our list of the rapper’s best tracks to date, listed below in no particular order.

Easily the best Cassper song, “Doc Shebeleza” embodies everything the rapper is—energetic and pantsula. On “Doc Shebeleza,” Nyovest isn’t wordy; he even repeats some words, highlighting how much he’s inspired by kwaito.

The track was produced by then 16-year-old Sean Craig Beats. The young producer's selection of strident synths was a perfect backdrop for Nyovest to pay homage to one of his favourite kwaito artists, Doc Shebeleza. The song has a catchy hook and beat, and brings the ratchet out of everyone, especially when Nyovest performs it live. (Side note: You haven’t lived until you’ve seen this man on stage.)

Another kwaito-influenced banger, “Gusheshe” is equally energetic. The production crew Ganja Beatz was on the boards, and fellow new age pantsula Okmalumkoolkat dropped a stellar verse. Nyovest switched flows and proved he could hold his own on the mic, and constructed another catchy one-liner hook in the process.

Another Ganja Beatz production, Nyovest’s flow is unfuckwithable and his breath control astounding. The song samples kwaito legend M’du’s “Mazola” hit, and he probably smiles every time he hears it. There are a lot of quotables on “Tsibip,” especially if you understand Tswana.

In May of this year, Nyovest reminded those who might have forgotten that he has bars. Lyrically, he was lofty and cold: “I see too many rappers and not enough CEOs/ By default I am the best in the business.” On the second verse, he did that thing where he spits high-precision bars that will make any hip-hop head’s face contort in amazement. It had been ages since Cassper rapped this way.

Towards the beginning of his beef with AKA, Nyovest teamed up with the Zimbabwean producer Brian Soko for a diss track to Supa Mega. “Phumakim’” is an egocentric bass-heavy track that sees Cassper rapping over a healthy incessant bassline. On the second verse, he hits a double entendre on one of his memorable lines: “I told my story and made a fortune/ AKA’s favorite rapper, I guess I made it on the Forbes list”. (Some context: AKA’s surname is Forbes.)

The opening song for the rapper’s debut album, Tsholofelo, is mellow. It sees Nyovest emotionally vent about the industry: “I’m in a city where things are mad different/ if you show love they say you ass-kissing,” “I wish the media would treat me like Kiernan (AKA) and them.”

Nyovest can rap, and “I Hope You Bought It” is one of those songs where he raps like his life depends on it. He also proved he wasn’t one-dimensional and could rap over mellow boom bap-inspired production.

One of Nyovest’s early attempts before he became a superstar, “BMK” is a sensual song about the rapper not being ready to commit to a relationship. He spits two effortless 16s with crisp clarity. “BMK” didn’t become a massive hit, but even Nyovest knew it was a gem, which could be why he included it in the platinum edition of Tsholofelo.

Another exhibition of Nyovest’s flawless delivery, “428 to LA” is one of the strongest songs on the rapper’s sophomore album Refiloe (the track first appeared on the platinum edition of Tsholofelo). The beat bangs, and Nyovest sounds comfortable on wax. If the song doesn’t convince you, then the video, which was shot in NYC and Los Angeles, definitely will. The likes of Black Thought, Naughty By Nature and Sway all make appearances.

From Nyovest’s second album Refiloe, there’s a hidden gem called “Tse Tswembu Tse Blind.” The title and catchy hook were appropriated from the kwaito group Alaska’s “Hosherr” hit. It had been a long time since Nyovest made something with a heavy kwaito influence, and he hadn’t gone rusty.

He threw a few shots at AKA: “… saying you started from bottom, was rolling around in a Toyota bakkie/ some of us started with nothing so we consider you lucky/ You always on Twitter, my nigga, where do you find all the time?”

DJ Drama’s chants make the song a certified street hit, which it is, considering it doesn’t have a video.

The Mahotella Queens, an old school all-women mbaqanga group, teamed up with Nyovest for “Malome.” The music on the song is the vintage Mahotella Queens sound. The vocals are still the same, teeming with personality as in their old songs. Nyovest croons alongside the trio the way the deep-voiced Mahlathini (of Mahlathi and The Mahotella Queens) used to.

The rapper’s not shy to try out new sounds and styles of music, which sometimes leads to his work sounding scattered. On “Malome,” though, Nyovest got everything right. Even though the subject matter (rags to riches) is trite, “Malome” is still a well-crafted record sonically. After all, as Nyovest says, he can’t get used to the fact that he has money, because he grew up extremely poor.