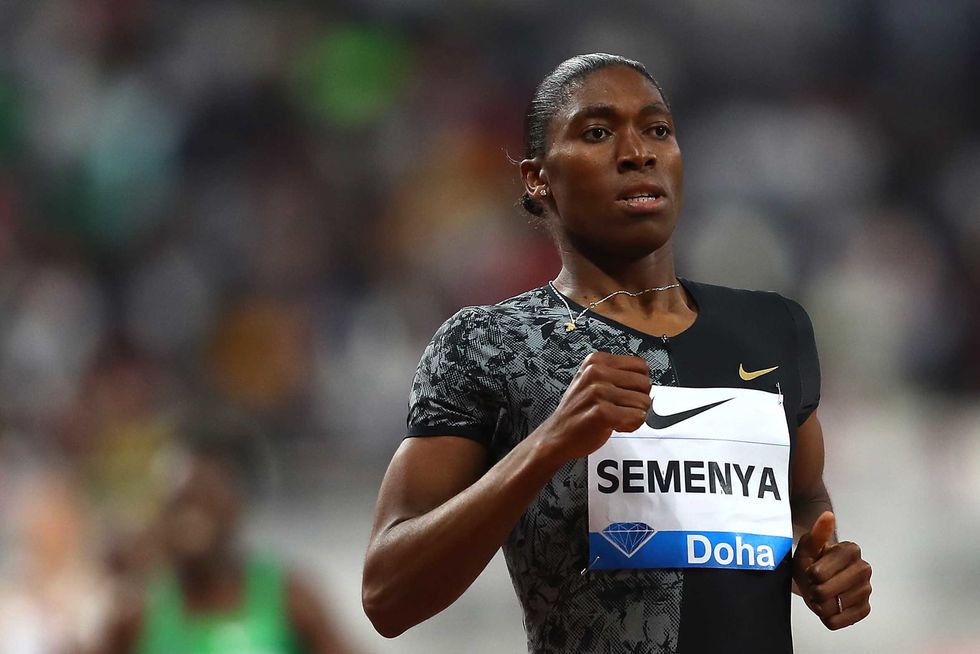 DOHA, QATAR - MAY 03: Caster Semenya of South Africa races to the line to win the Women's 800 meters during the IAAF Diamond League event at the Khalifa International Stadium on May 03, 2019 in Doha, Qatar. (Photo by Francois Nel/Getty Images)

The Swiss Supreme Court has suspended the controversial testosterone ruling in light of the South African athlete's recent appeal.

Last week, Olympic gold medalist Caster Semenya filed an appeal, challenging the IAAF's controversial decision to go ahead with a rule that would force athletes with naturally higher levels of testosterone to alter their levels through medication or surgery in order to compete.

The athlete took the appeal to the Swiss Supreme Court asking that they "set aside the decision of Cas in its entirety."

"I am a woman and world-class athlete," said the 28-year-old Semenya. "The IAAF will not drug me or stop me from being who I am."

Today, the Swiss court has suspended the ruling, allowing the athlete to compete in races of all distances while the appeal is pending, reports CNN International.

"I am thankful to the Swiss judges for this decision," said Semenya in a statement."I hope that following my appeal I will once again be able to run free."

The South African middle-distance runner has described her decision to challenge the ruling as a need to defend "fundamental human rights."

Some, however, are questioning whether the suspension applies to Semenya exclusively, and what it would mean for other athletes with a difference in sex development (DSD).

@caster800m Trying to get confirmation on whether the suspension of the IAAF testosterone restriction applies for a… https://t.co/ox5mPn9wXr
— Megha Mohan (@Megha Mohan) 1559586572.0