Chad Hanning is the Street Artist Fusing Graffiti with Cartoons

The South African street artist says that his diverse country is the rainbow nation with dull walls.

Think of cartoon-like doodles turned into entire murals in ebullient colors, fluid lines and quite humorous shapes. That is exactly what young street artist Chad Hanning (whose graffiti name is "Bushy") is bringing to the world of graffiti. For the longest time graffiti has been associated with vandalism, rebellion and gangsterism. Over the years, that narrative has changed and the artform has evolved and metamorphosed not only into a visually captivating artform but one that is, in Hanning's case, bringing the youth in communities together.

We caught up with him to learn a little more about his particular brand of street art.

How did you get into street art? What was the inspiration and the muse(s)?

A lot of my work is inspired by music, relationships with people and daily life.I was about 14 years old when I got into mural art, that's when I painted my first wall. At the time, the area I lived in was the Mecca of graffiti in Cape Town—Mitchells Plain Westridge. The scene died out after the graffiti bylaw was passed in Cape Town in 2010. Unfortunately, about 90 percent of the murals were painted over with dull paint. This seems funny. We're meant to be a rainbow nation but we have dull walls.

What is the greatest challenge when it comes to creating street art?

The most difficult thing when it comes to painting murals would be the Cape Town graffiti by law. As an artist, to paint in a public space, we have to apply for a public art permit, which could be a long and demotivating process. I've had permit applications declined in the past. Before the bylaw, it was as easy as just asking the owner of the wall for permission, which now seems like a dream.

What distinguishes you from other street artists here and across the continent?

My illustrative style comes through in my mural art, which is easily recognizable if you know my work. Simple illustration style is not always easy to execute.

I've always loved cartoons and vector style illustrations. Life can be depressing and hard at times and so I bring in a lot of vibrant colors and mostly keep my themes light and fun to break away from the harsh realities, even if it's just for a while. 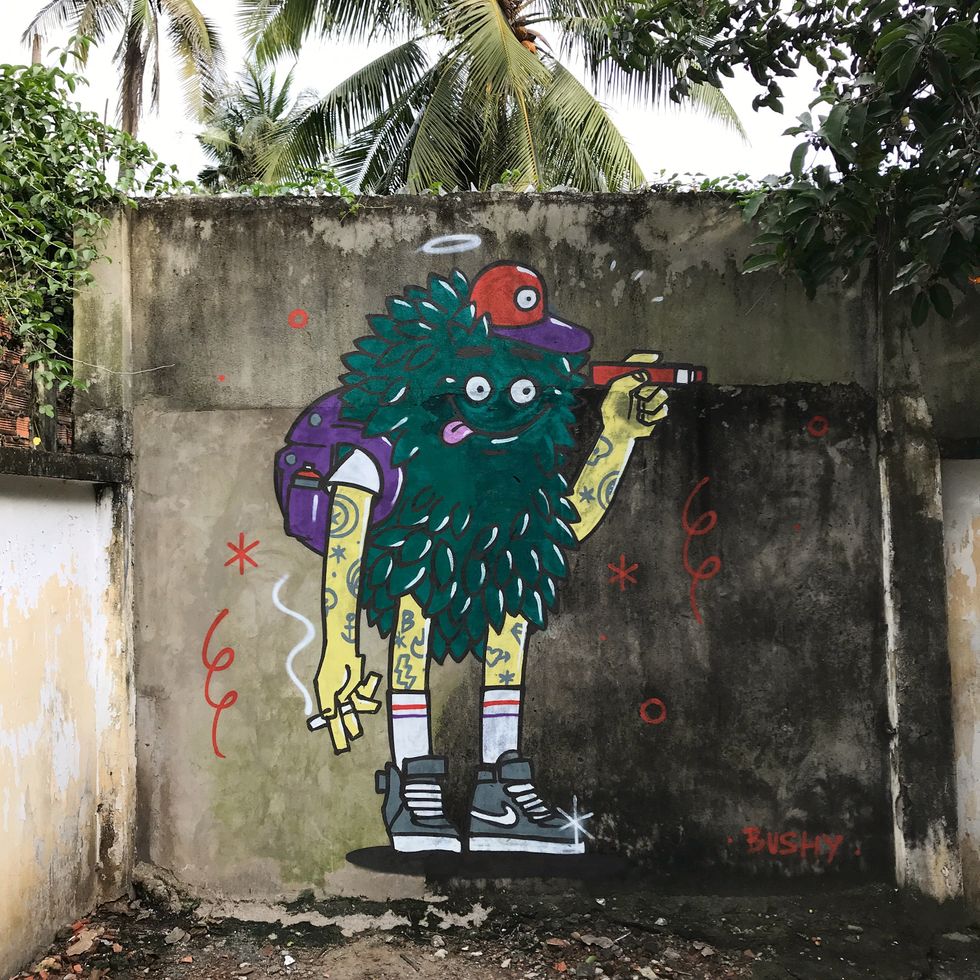 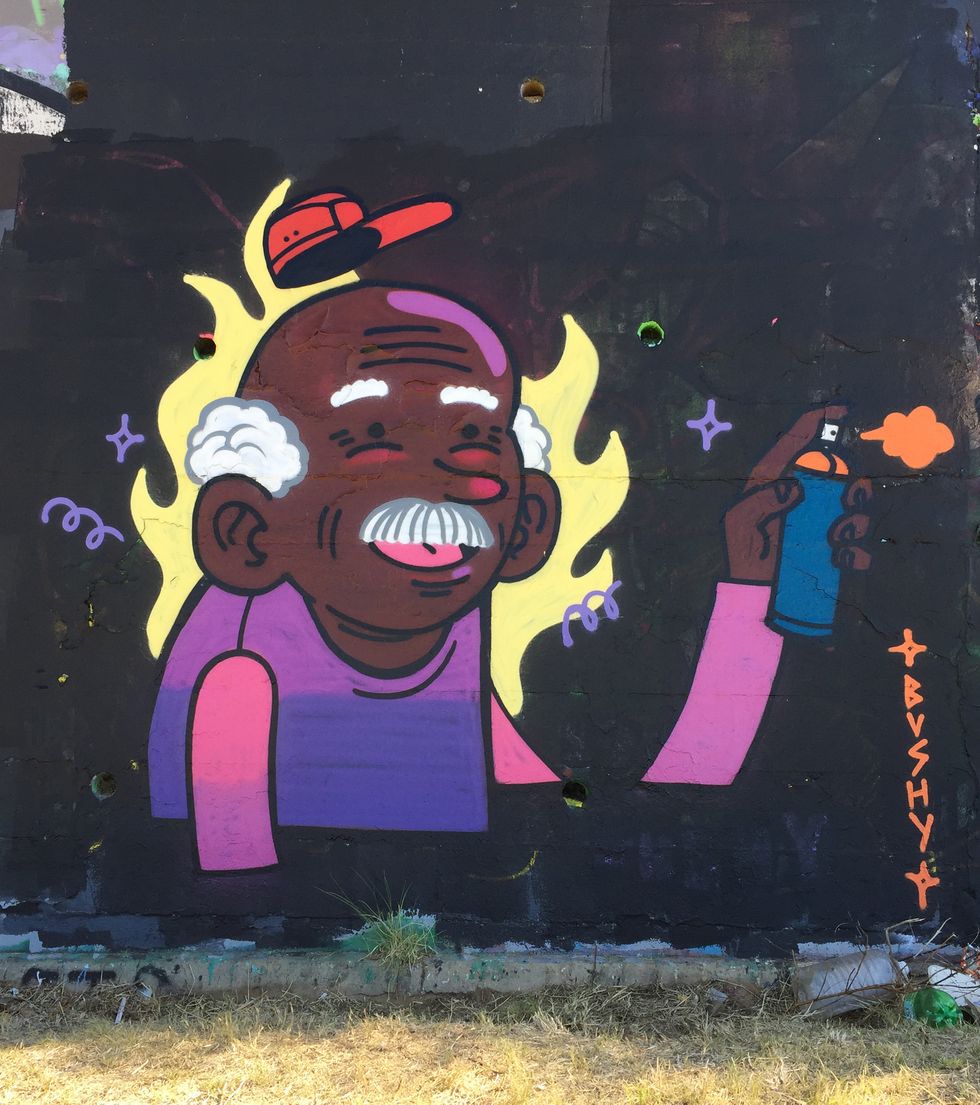 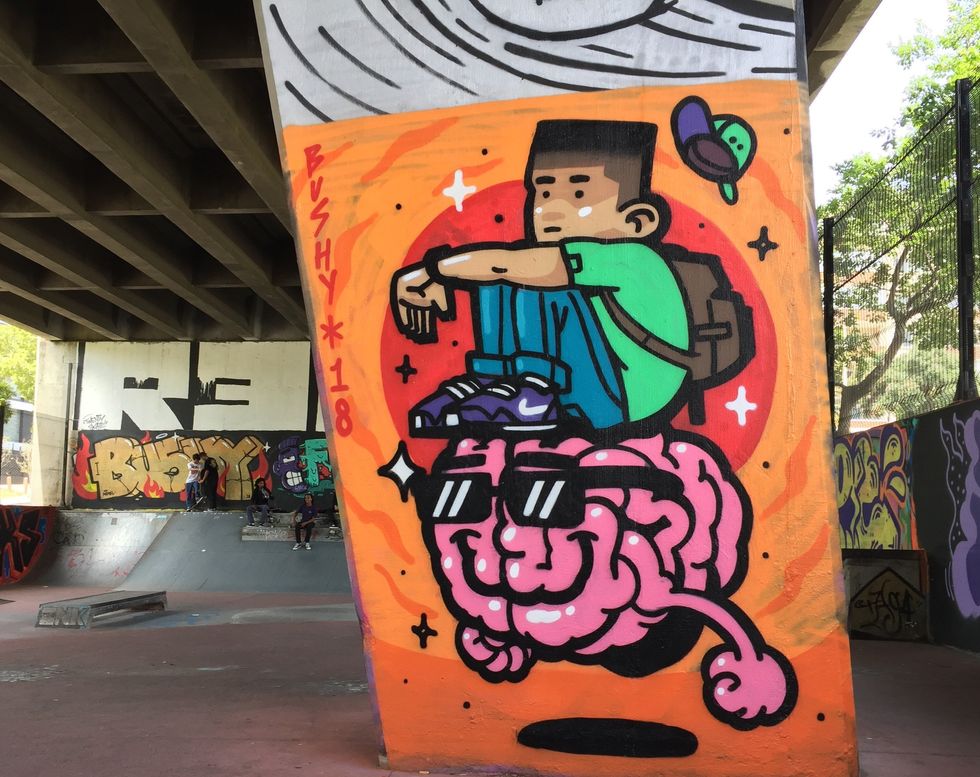 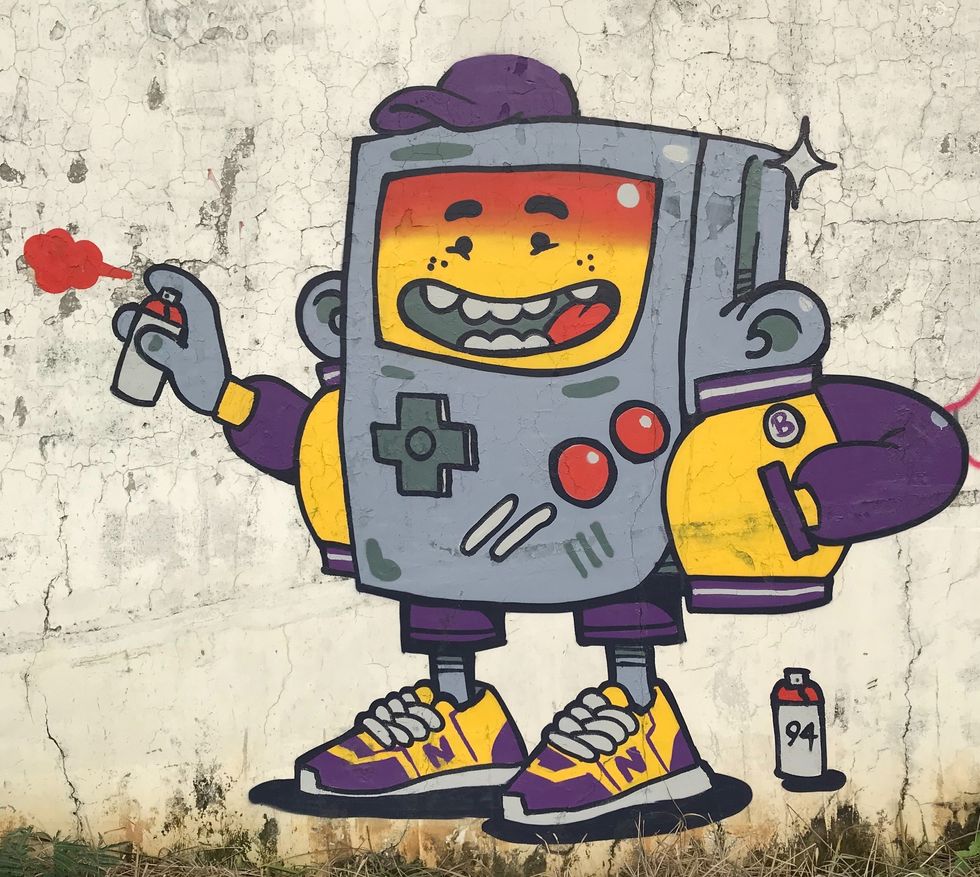 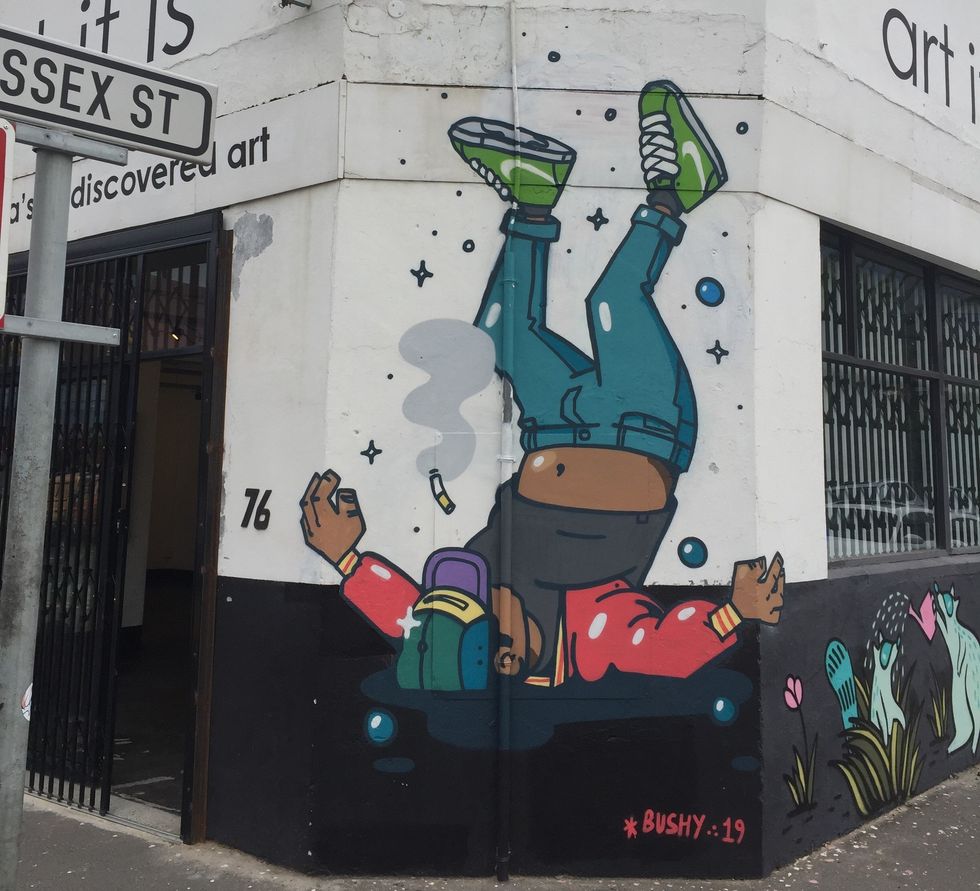 "To hold onto yourself, let yourself slip"Courtesy of Chad Hanning 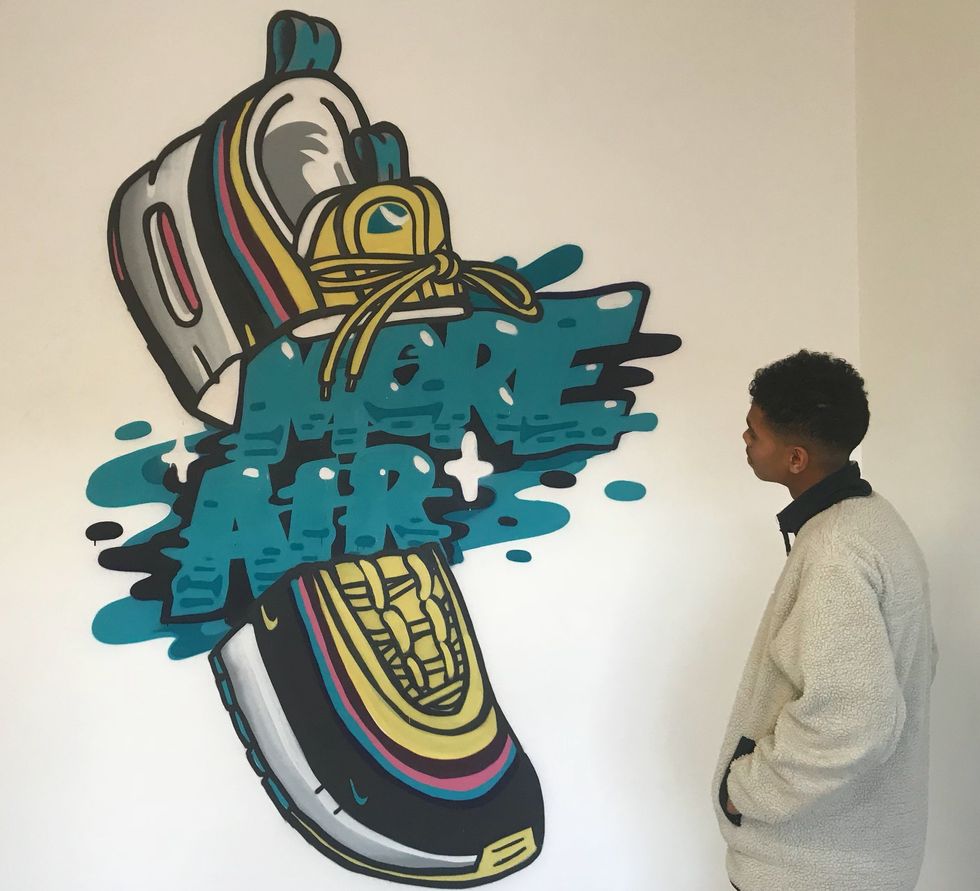 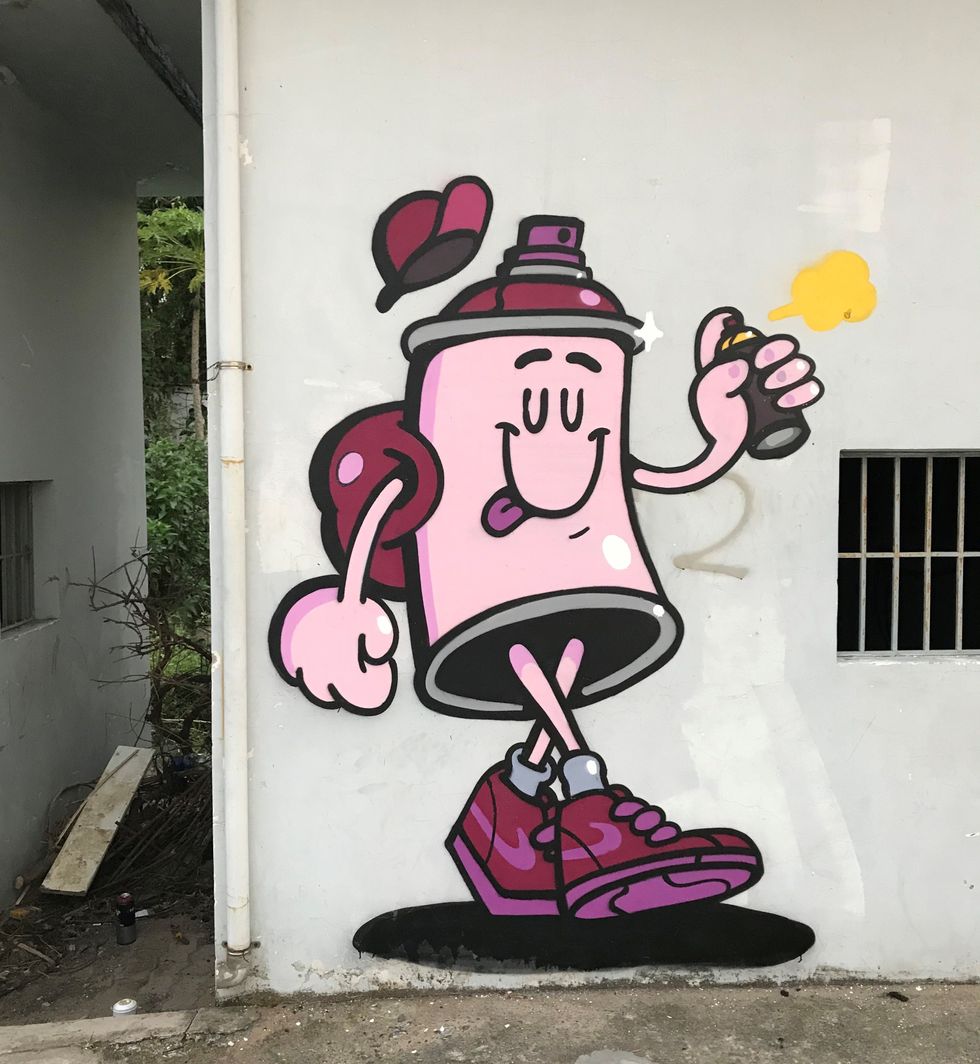 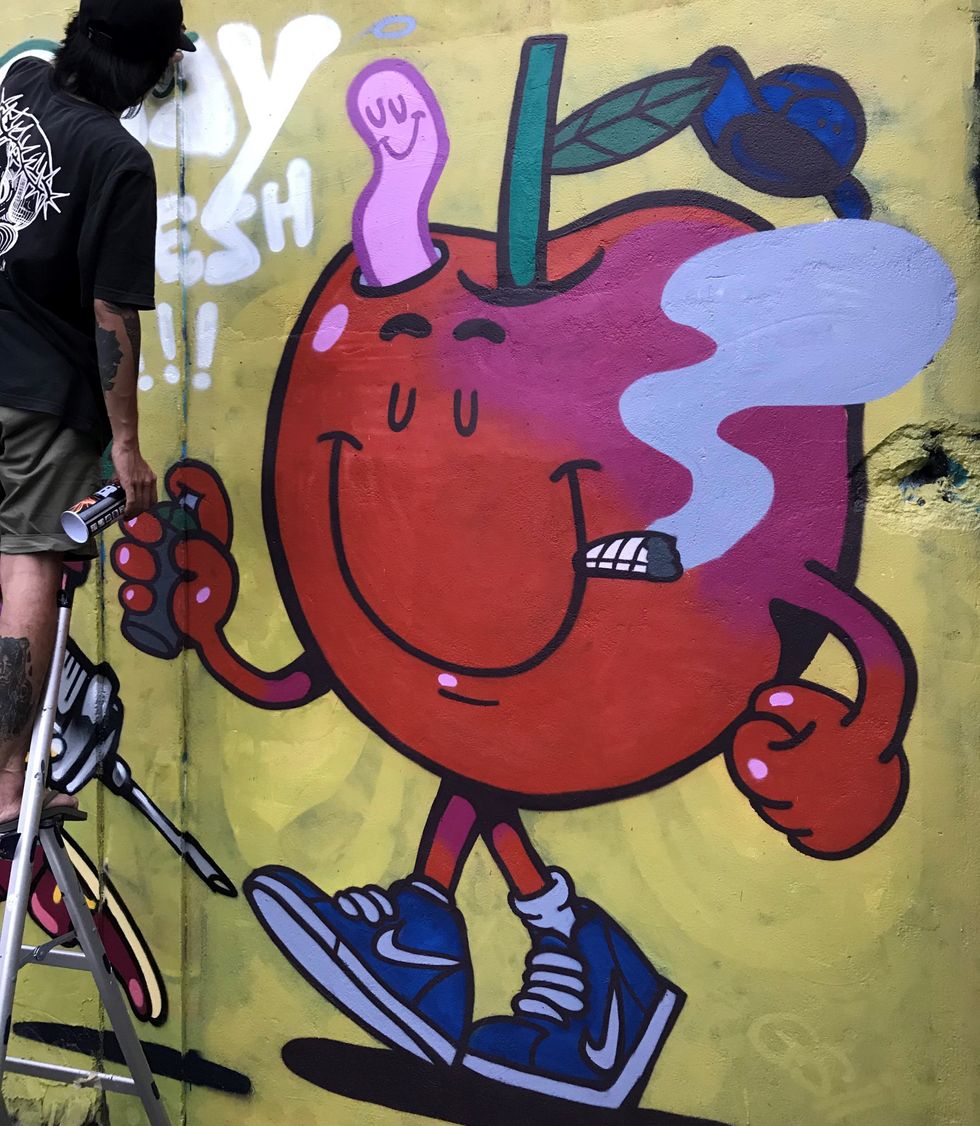 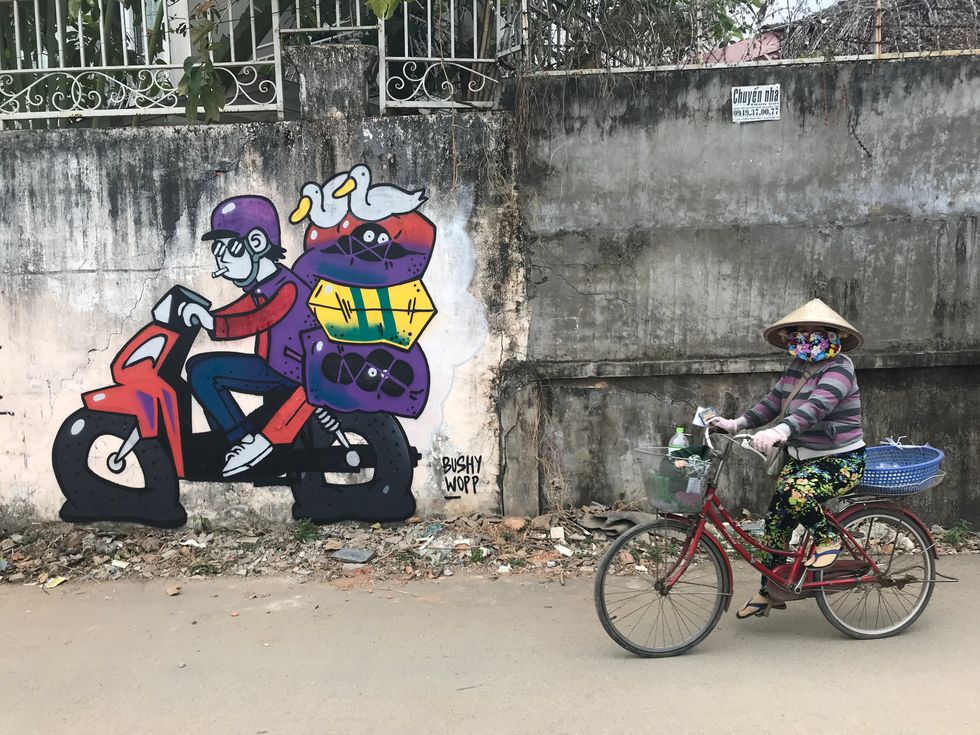 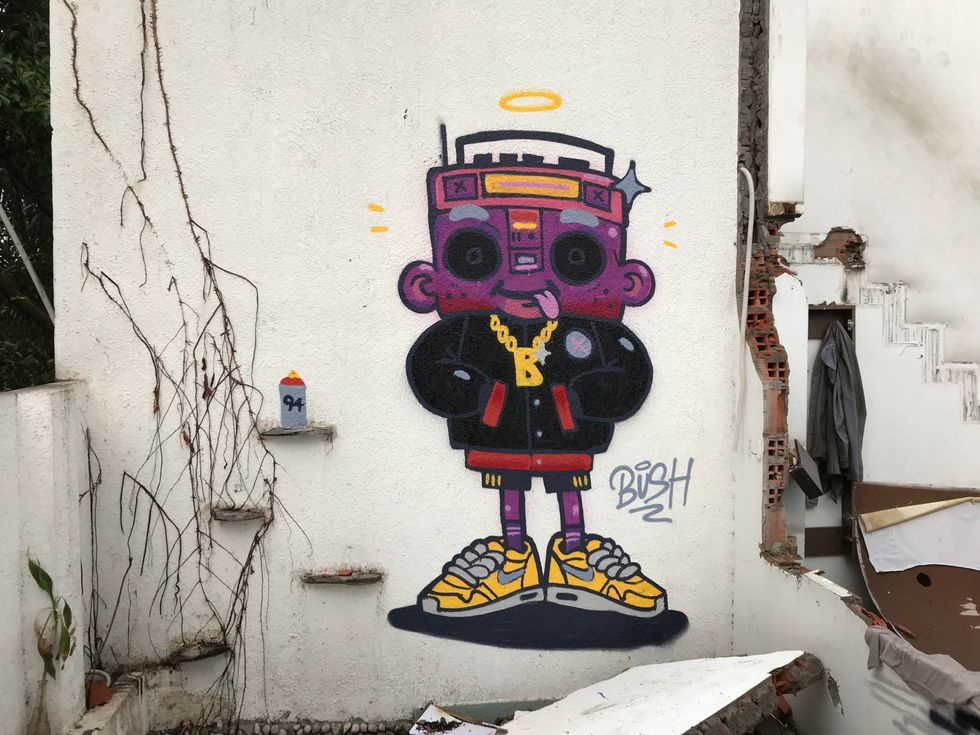 The DMV-based artist speaks with OkayAfrica about the themes in her work, collaborating with major brands, and how her Ethiopian heritage informs her work.

DMV-based visual artist Tenbeete Solomon also known as Trap Bob is a buzzing illustrator using her knack for colorful animation to convey both the "humor and struggle of everyday life."

The artist, who is also the Creative Director of the creative agency GIRLAAA has been the visual force behind several major online movements. Her works have appeared in campaigns for Giphy, Girls Who Code, Missy Elliott, Elizabeth Warren, Apple, Refinery 29 and Pabst Blue Ribbon (her design was one of the winners of the beer company's annual art can contest and is currently being displayed on millions of cans nationwide). With each striking illustration, the artist brings her skillful use of color and storytelling to the forefront.

Her catalog also includes fun, exuberant graphics that depict celebrities and important moments in Black popular culture. Her "Girls In Power" pays homage to iconic women of color in a range of industries with illustrated portraits. It includes festive portraits of Beyoncé, Oprah, Serena Williams and Michelle Obama to name a few.

Trap Bob is currently embarking on an art tour throughout December, which sees her unveiling murals and recent works for Pabst Blue Ribbon in her hometown of DC and during Art Basel in Miami. You can see her tour dates here.

We caught up with the illustrator via email, to learn more about the themes in her work and how her Ethiopian heritage informs her illustrations. Read it below and see more of Trap Bob's works underneath.