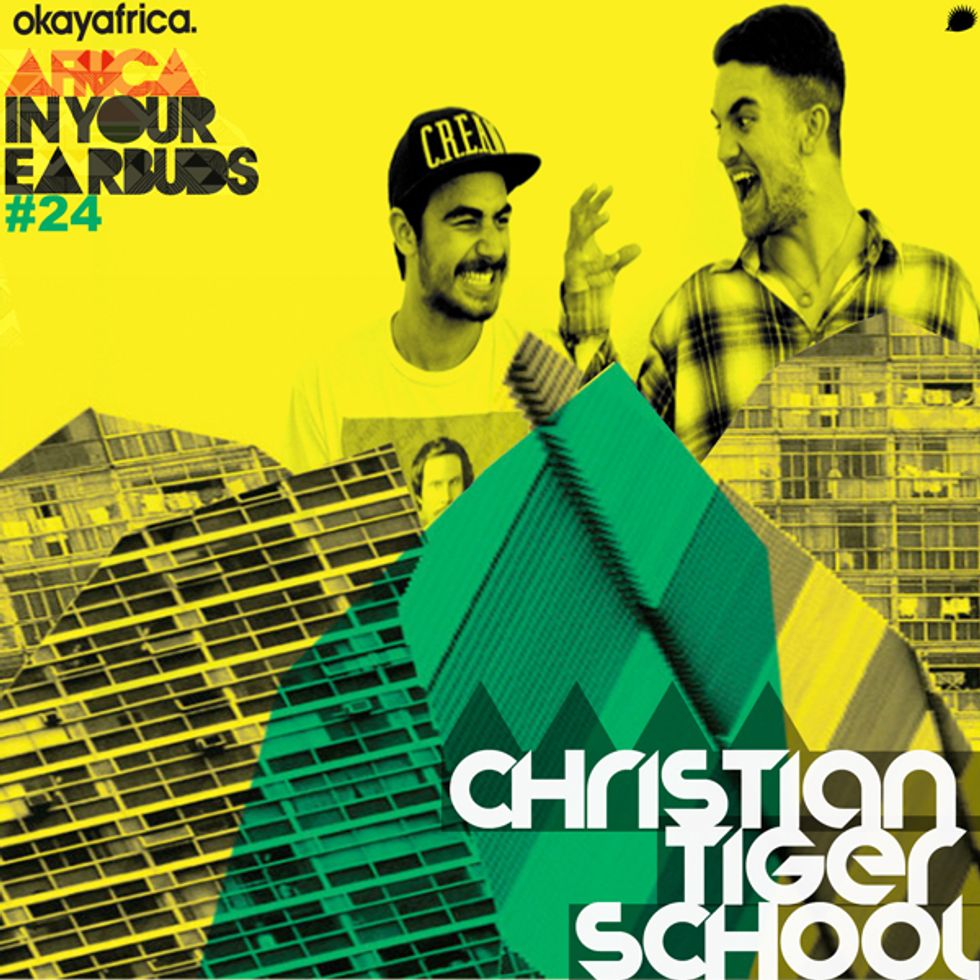 The two hold the reins in Africa In Your Earbuds #24 delivering an airy mixtape marriage of "their main influences," the South African electronic underground and North American hip-hop. Featured artists include Tumi, Card On Spokes and Die Antwoord precursor group Max Normal, as well as standards from A Tribe Called Quest and Jean Grae. "It was a lot more than throwing a bunch of beats together," Christian Tiger School tells us, "we wanted to put something out that had an African point of view [but was] quite offbeat and obscure as well."

Stream/download AIYE #24: Christian Tiger School below. Big thanks to Underdog for the cover graphics.