5 Films To Look Out For At 'Congo In Harlem' 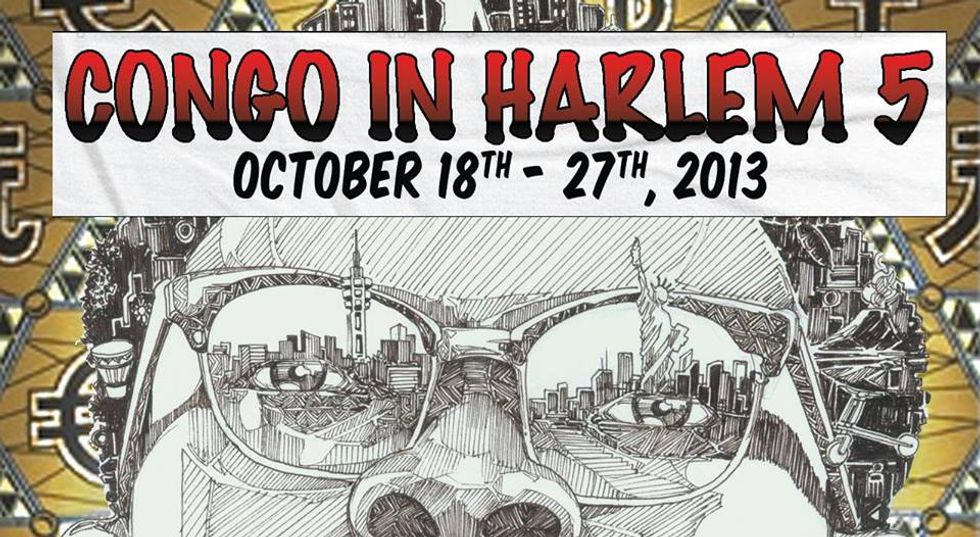 This Friday, October 18th kicks off the 5th annual Congo in Harlem film series, a weeklong event that focuses on the history, politics, and culture of the Democratic Republic of the Congo. The program includes movie screenings, discussions, food, music, art, and panels, all of which serve to reach the festival's goal of deepening NYC's understanding of the DRC. Below we detail five features that'll be showcasing next week.

The short documentary follows the story of a communal radio station in a rural DRC village, challenging status quo dialogue on 'international aid' and 'independence' in the Congo.

Berlin 1885: The Division of Africa

The Irresistible Rise of Moïse Katumbi

Wealthy Congolese businessman Moïse Katumbi has become a symbol of a new democratic leadership based on business and populism in the DRC, one that gains power through ballot boxes and elections. Rising via a winning combination of "soccer, populism, self-love and entrepreneurship," Katumbi is both governor of Katanga as well as president of the areaʼs famous soccer team, “TP Mazembe."

Congolese rumba legend Papa Wemba stars as Kourou, a country boy who moves to the city to follow his musical dreams. The screening will be followed by a discussion with director Mweze Ngangura as well as live music from Isaac Katalay & The Life Long Project Band.

The Congo In Harlem program runs from Friday, Oct. 18th until Sunday, Oct. 27th. Screenings are open to the public at a suggested donation of $10. Box office opens 1 hour prior to show time and advance tickets are available here. All events take place at Maysles Cinema (343 Lenox Ave, NYC) unless otherwise noted.