In Conversation with Ray BLK on Self-Acceptance, the Come Up and Touring Across the Pond 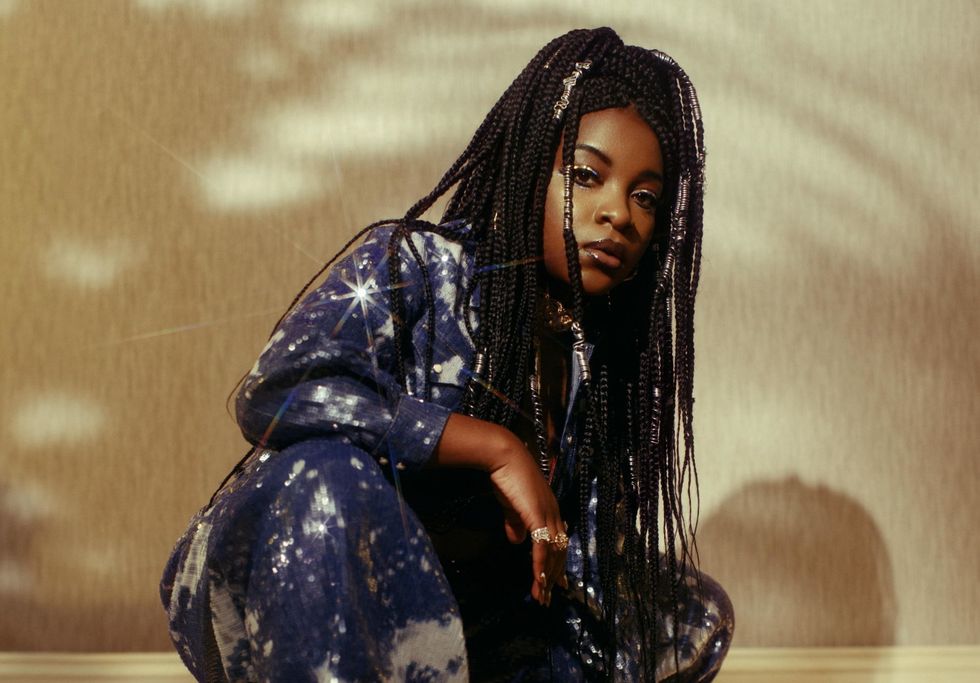 Speaking with Ray BLK right after her first North American tour is like catching up with a best friend—similar to how she relates to an audience on stage. During her tour, the South London R&B artist performed four intimate (and sold out) shows in Toronto, LA, DC and New York City bringing a new level of honesty to her clear, emotional voice and lyrics.

She’s also been having a strong year since she was named the "Sound of 2017" by BBC in January. One of OkayAfrica’sUK Artists to Watch, Ray BLK snagged a nomination as "Best Newcomer" at this year’s MOBO Awards.

In the conversation below, OkayAfrica catches up with Ray BLK and recaps her experience touring across the pond, her new single “Doing Me,” and more.

OkayAfrica: I really liked how intimate your show at the Mercury Lounge felt and how you connected with the audience. It was like a reciprocal kind of vibe going on that night. What is a main take away that you want people to go home with after they experience you performing live?

Ray BLK: I think just them feeling uplifted. I always like to have an energetic show that's just about good vibes and making people happy, so I hope that people leave happier than they came in. You know, when you've had a good night out and you're in good spirits.

It was really good. It was so lovely to see people who've actually been listening to my music across the pond. It still surprises me that there are people in different places around the world that hear my music, and actually seeing them in real life makes me feel that they really exist.

It was a really nice experience and it was great touring the U.S. and seeing what the different crowds are like. The crowd in Washington was so ratchet and I loved every bit of it.

What other big performances will we be expecting to see you at later this year?

Currently I'm still doing a festival tour so I've got festivals coming up. And then towards the end of the year I'll be doing my first U.K. tour. That's something I'm looking forward to.

I also remember that you performed your new single "Doing Me." Could you talk about the inspiration behind that song?

When I wrote "Doing Me" I wanted it to be about self-acceptance and being proud of who you are and doing things your own way, and never trying to compromise for other people and dilute yourself in any way. That's what I think the message that still needs to be spoken. Everyone has bad days but sometimes we need to be reminded that it's cool to be you and you can be yourself, you don't have to follow what anyone else is doing.

What other aspects inspire you in your songwriting process?

Usually I'm inspired by my life’s experiences and also the people around me as well. I write a lot about my friends and my family almost as much as I write about myself. It's like getting to see the end and listening to the beat, and just live.

It's always great to see what the come-up looks like for yourself and other young African creatives and how different it looks for everyone. A lot of folks in our space say that you're #goals. How are you able to do it all?

Stuff like that scares me a little bit because I feel like it creates a certain expectation to be a role model who has to be able to do it all. I try to stay focused and the people around me keep me grounded. I think everyone has to enjoy their own journey instead of looking at other people hoping that goal because you never know what someone is going through.

I really like what your surname stands for (Building, Living, Knowing). How do you plan on continuing to live by that as you continue to rise as an artist?

It's funny because I think when I chose B-L-K as my last name, I feel like I was taking it to remind myself of those values, to remind myself to keep being devoted. I think now, and as I move forward, I'm still going to try and work hard like the grind never stops. I'm still trying to build that foundation in my career—I'm still in the early stages.

I'd say recently I've been struggling with taking time to read or learn anything new. I am always trying to learn more and educate myself.