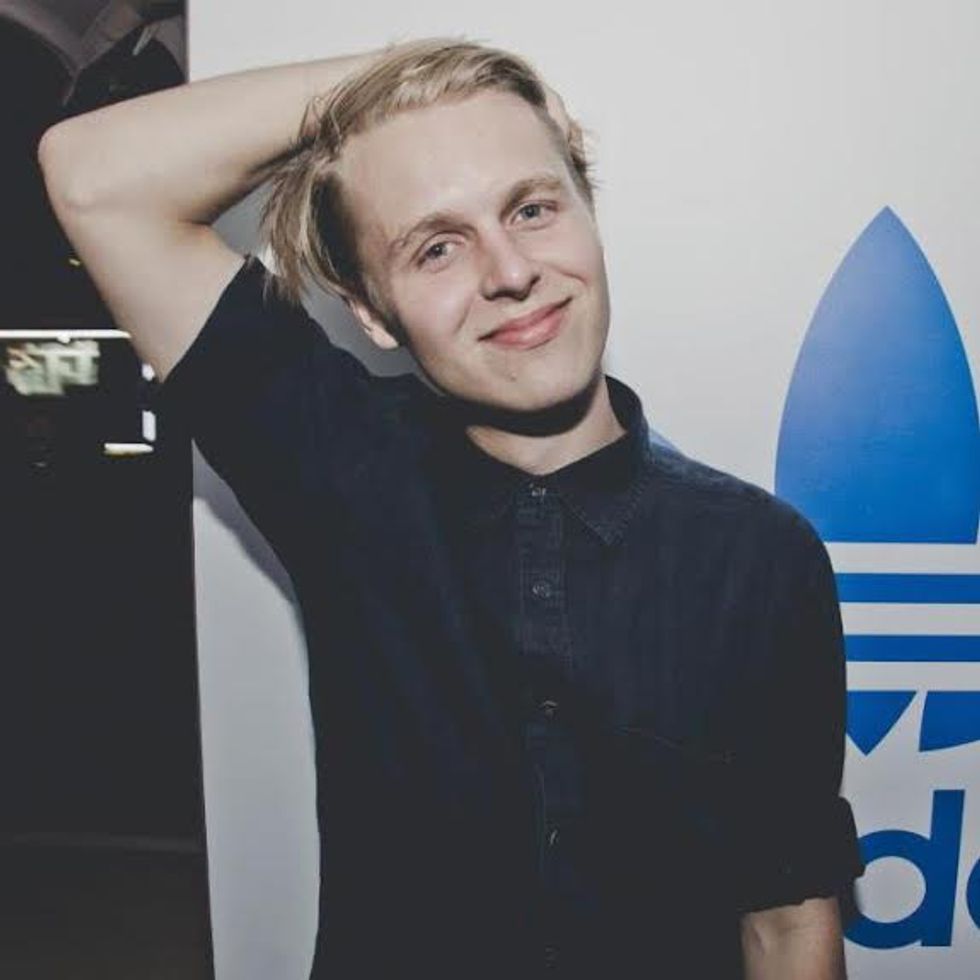 There’s an air of mystery that hangs around the video for Cutting Gems' "Tonight/Baby," but after a little digging we found that the ever-so-secretive Jeremy Bishop (aka B#; aka Cutting Gems) produces left field hip-hop and electronic music with unexpected influxes of Soul and R&B. Jeremy has spent a fair amount of time lurking in the shadows musically, holding off on releasing his music until now. His debut EP is set for release on March 3rd via naasMUSIC, the same team who introduced us to Oltak’s "Stars/Lemonade," among other gems. We got to know young Bishop and the naas team a little more in the lead-up to this weekend’s Cape Town Electronic Music Festival. Watch the naas-produced video for Cutting Gems' inaugural single "Tonight/Baby" below, and scroll on for the full interview.

Shiba for OKA: Tell us a bit about Cutting Gems as a musician…

Cutting Gems (Jeremy Bishop): Well, I’m a 21 year-old producer born in London, but raised in Cape Town, South Africa. I first got into making music when I was 12 when I started teaching myself guitar, and through that learnt a lot of music theory that still affects my music today, even though it's no longer guitar-driven. I now primarily work as a beat-maker, although I do often record myself playing guitar or keyboards/synths in my songs. Previously I’d been DJing under the name ‘B#,’ but I wanted to move away from playing other people’s music and return to making music that I love. I do not sing (or at least not at the moment). The vocals off "Tonight/Baby" are actually taken off Ashanti’s "U." It's funny for me that a lot of people have asked if it’s me singing when I’ve taken for granted that it’s a pitched-down female vocal sample. I always point to the lyrics “Now I’ve been known to crush a brother once or twice before / But what you bringin’ to the table looks like so much more.”

OKA: As manager of naasMUSIC, what do you look for in a great track? What about Cutting Gems drew you guys to work together on this?

Thor Rixon for naas: We always look for originality above anything else in a track or body of work. People that are pushing a unique sound is what really grabs our attention. Also artists who are very driven and hard working excite us and make us want to work with them. Jeremy approached us with some of his tracks a few months ago and we were really excited by what we heard and the enthusiasm he had for this EP he wanted to release.

OKA: What can we expect from the rest of the EP?

naas: The rest of Cutting Gems' EP features Jeremy's diversity in sound production and mood which leads the listener through many lavish soundscapes. The rest of the album features a few more uptempo numbers compared to the first single, "Tonight/Baby."

Cutting Gems: I think "Tonight/Baby" sets the tone for the EP in a more overstated way than anything else, in that it is more condensed than some of the other songs I’ll be releasing. It’s the only song which features a strong vocal part (not that I haven’t used vocals in the other songs). The rest of the EP focuses more on instrumentation and texture, or at least I feel that that’s where it succeeds. I have never thought of my music as being a contribution to a scene, although this is probably quite naive as so many people have had an effect on me locally. I’ve always just made music which I like, even though I’ve been aware of local and international trends.

OKA: What was the conception of this video like?

naas: When we first heard Cutting Gems' EP, we knew we wanted to produce a video for one of the singles. When we decided on "Tonight/Baby" we threw a lot of ideas around amongst myself (director), Stewart Innes (co-director & editor) and Jeremy. Jeremy was very hands-on from the get-go and had really great ideas to add to the video. The initial idea was to have a static frame of a female singing the lyrics to the track without seeing her eyes. As you know, this idea evolved into what you see in the final product.

Cutting Gems: Stewart (editor of the video) is a good friend of mine, and I’d been throwing ideas about doing a music video with him for probably over a year. When he recently started working with the guys over at naas, and I had an upcoming release, the stage was set and we went ahead. Although a lot of the original ideas were not present in the final video, the frame of a girl singing the lyrics was kept from the beginning and we worked from that. The focus was never really on getting a bunch of ‘hot’ girls, although admittedly it did play a factor aesthetically. I liked the idea of playing on the lyrics, which portray a strong female will.

OKA: What are some of your favourite music moments from 2013? Any predictions for 2014?

Cutting Gems' debut EP arrives 3/3. Until then, stay caught up with Cutting Gems and all things naas.