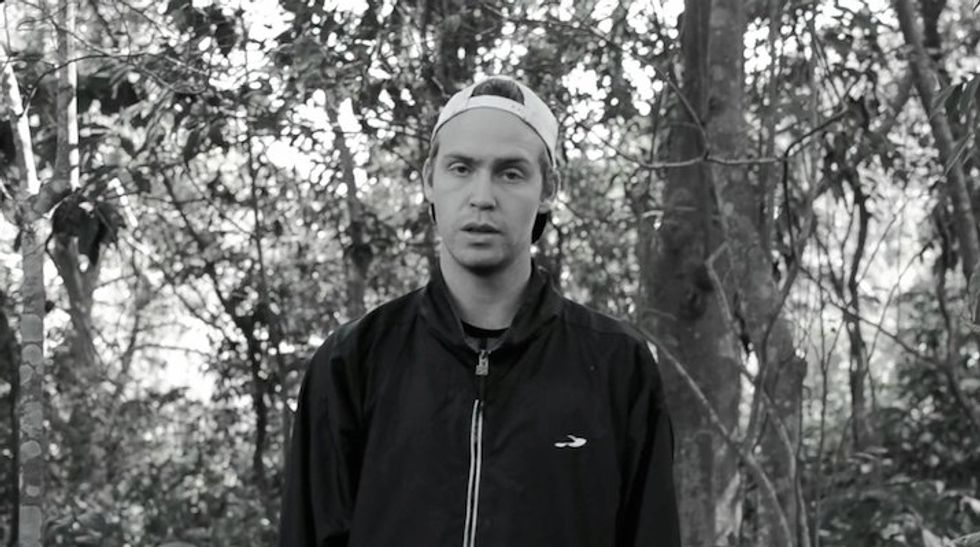 Damascvs, the beatmaker moniker of Cape Town-based producer/rapper Luca Stefano, first crashed on our radar last year with the release of his hazy debut album, A View/Her Dove, which featured guest spots from The Great Apes rocker Yusif Sayigh and Beatenberg's Ross Dorkin. In February he teamed with his longtime friend, Cape Town visual artist Swishy Delta (Daniel Mark Nel), on a collaborative 12-minute lo-fi video album entitled SWISHASCUS. Today the pair return with "The Saving Pact," a mellow new track joined by a dryly funny, Durban-shot video that shows Damascvs deadpanning in a spacious loft, background horns providing brotherly love for his everyday troubles. Talking to Okayafrica about the latest from SWISHASCUS, which we're excited to premiere below, Damascvs explains:

"We wanted this piece to be a nod to the first SWISHASCUS but to also take a step in a different direction. It sticks to a more conventional music video format while working with a different set of tones and moods to our 2013 project. We were enjoying the idea of trying to strike a balance between contrasting or contradictory groups of emotions. So there’s this feeling of a mixture of joy and sadness / humour and melancholy / grandiose and mundane / light and heavy heartedness which the video has. I think that for both of us the Swishascus projects give us a space which is separate from our own work that we can fool around and experiment in."