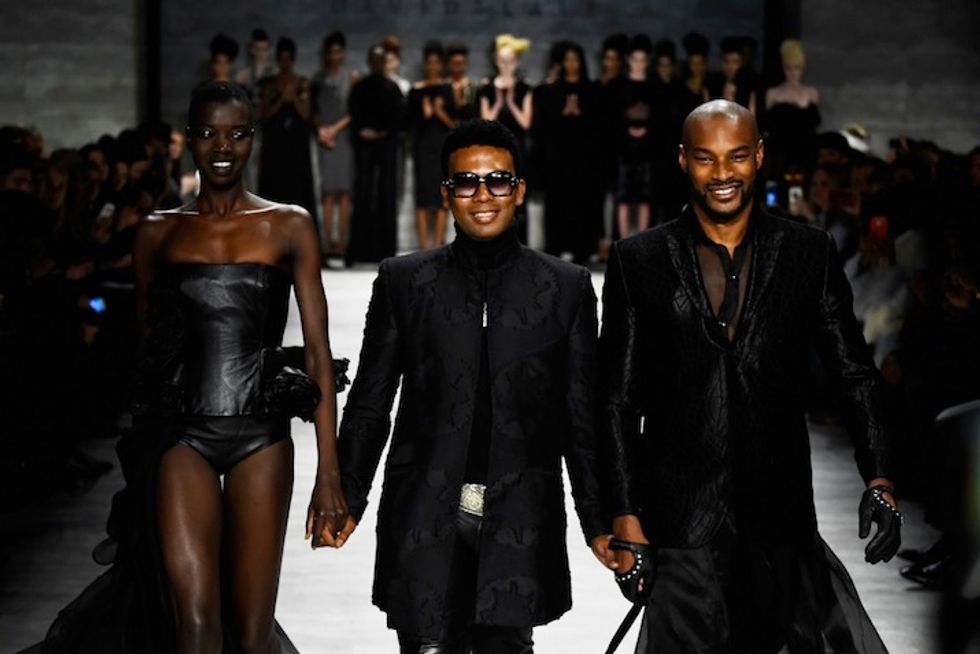 Since becoming the first South African designer to showcase a solo collection at Mercedes-Benz Fashion Week New York in September 2012, Vosloorus-born creative David Tlale has gone on to become a regular on the runway at Lincoln Center. "I believe that I am part of the revolution, whereby we have to start embracing every person that lives under the sun," Tlale told Okayafrica in an interview during the F/W 14 season. "It’s not a particular race that wears fashion, every woman who is on the street, whether from a mass production retail to a luxury store, everyone wants to look good, everyone wants to look amazing. Everybody, every color, every race, every nation can be an icon." On Sunday, for the sixth time in his career, Tlale presented the latest from his men's and womenswear collection at NYFW led by a troupe of supermodels that included Tyson Beckford (his second time walking for Tlale), South Sudan's Nykhor Paul, Afronauts star Diandra Forrest, and Africa's Next Top Model season 1 winner Aamito Stacie Lagum. The show was split into three themes, with an assortment of black and leathery ensembles with gold and feathers, swirling colors and cuts, and neutral tones. Watch David Tlale's Fall/Winter 2015 show at Mercedes-Benz Fashion Week New York below. For more, see photos from Tlale's collection at NYFW S/S15.