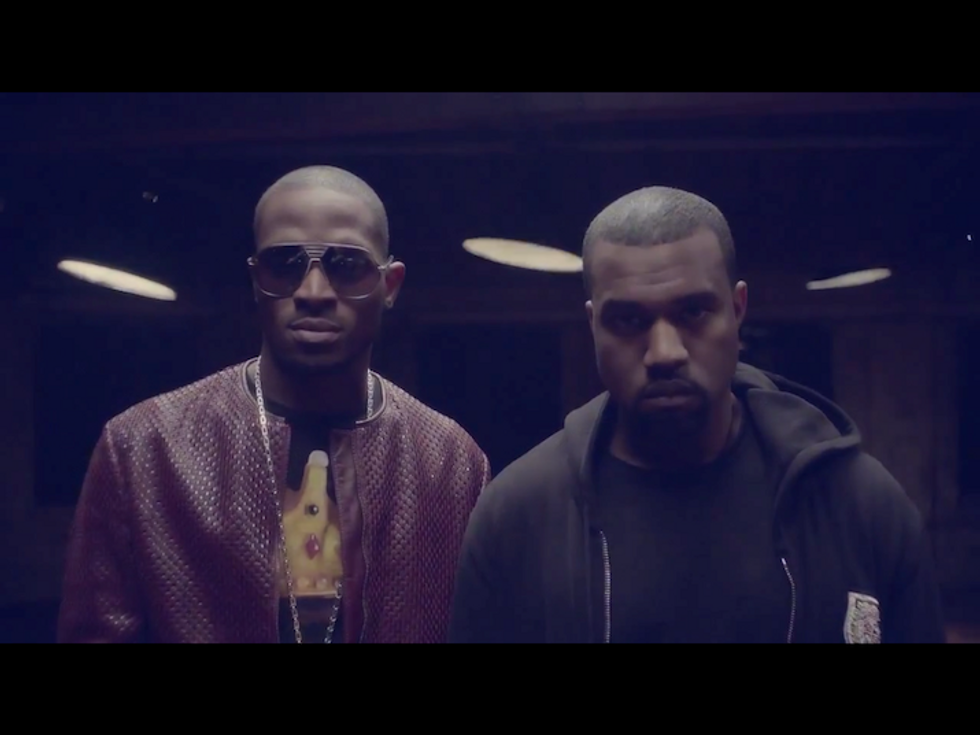 It was D'banj weekend over in Naija pop land where not one but three tracks with differing levels of Koko Master involvement were dropped. The most high-profile of those, "Scapegoat (Remix)," features an appearance from D'banj's G.O.O.D. Music label boss Kanye West — which finds Yeezy rapping two verses about getaways with a significant other and causing hysteria soon as [he] hop off the plane in Nigeria. The other single "Why U Love Me" is an electronic Naija pop concoction from D'banj's collaborative D'Kings Men album. You can also grab another DKM,"Ibadi E (Let It Bounce)" featuring Olamide, Durella, K-Switch, which was made its way online this week over at NotJustOK.