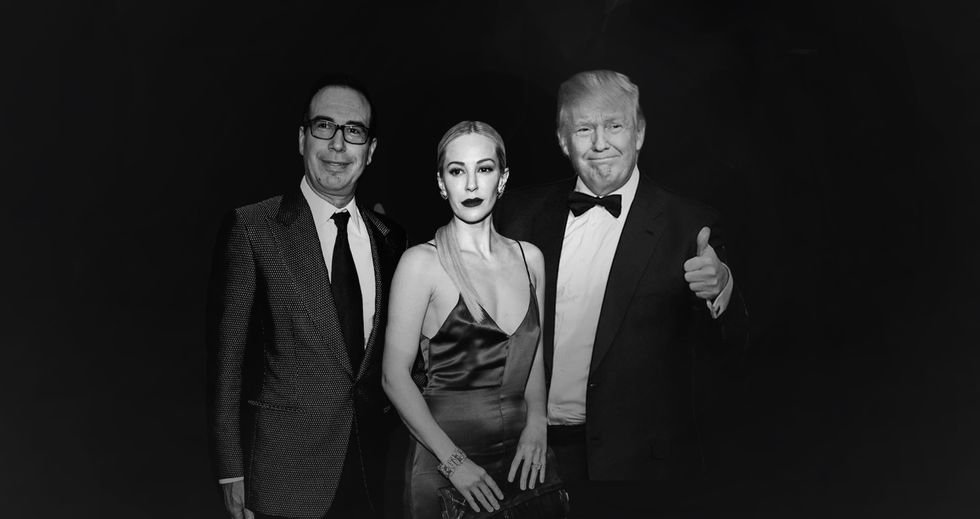 “I appreciate [Trump] is polarising individuals politically, but in person he is thoughtful, personable and polite.”

It turns out white savior barbie personified, who drew ridicule for her egregious memoir In Congo's Shadow that epitomizes how NOT to write about Africa, can count delusional politician, Donald Trump, among her social circle.

Mnuchin is also the co-founder of Dune Capital Management and OneWest Bank Group LLC in addition to producing The Field, an upcoming film from Linton's Stormchaser Films.

Linton and Mnuchin have been public with their relationship, attending and taking pictures together events at least since March. And their appearances together have been mentioned in tabloids.

In May, Linton sat next to Trump at a dinner. “He was charming and engaging," she tells Edinburgh Evening News. “I appreciate he is polarising individuals politically, but in person he is thoughtful, personable and polite." And of course she does because they sound like the same person.

Since Linton's offensive Telegraph essay went live July 1, she has deleted her Twitter account—something her new associate Trump should do ASAP.